Horrific blobs of ‘plastitar’ are gunking up Atlantic beaches

Plastic and oil spill leftovers are combining into super waste. 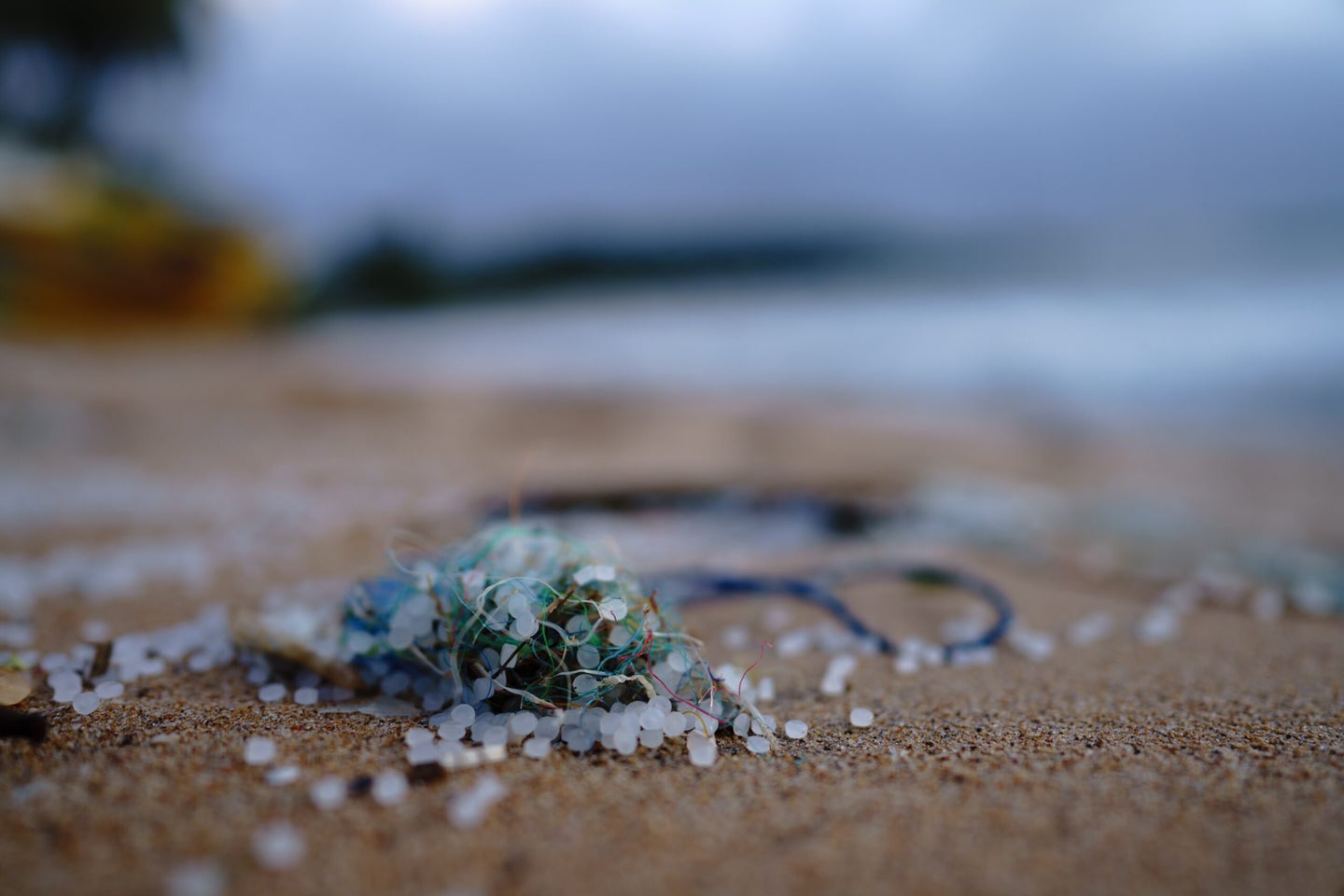 Microplastics and tar make for a concerning pair. Sören Funk on Unsplash
SHARE

When more than one type of pollution gets wrapped up in the same space, the result can be pretty darn yucky—not to mention dangerous. And the gobs scientists discovered recently on the beaches of the typically picturesque Canary Islands certainly fits the bill.

Plastitar—or a combination of microplastics and tar balls—is a pollution conglomerate discovered two years ago by researchers based across the Canary Islands. In recently published research, they described how they found the icky substance on half of the rocks investigated on Tenerife’s Playa Grande as well as areas of El Hierro and Lanzarote in the Atlantic island chain.

The formations, which look like big squishy black balls littered with colorful plastic sprinkles, result when oil spills washing up on shore. The oil from a spill eventually becomes a tar ball which sticks to the rocky Canary Island shores. That goo captures plastic and debris from waves of ocean almost like “Play-Doh,” lead author Javier Hernández Borges told the Guardian. After time passes, those itty pieces of plastic are permanently wedged in the hardened tar’s crevices.

Plastitar is only one recently discovered way that marine plastic debris has accrued  into more permanent formations. Plastiglomerates, for example, are types of stone that are made of natural debris and material held together by molten plastic. They were first discovered in Long Beach, California, in 2006. More than 200 samples have since been collected, frequently from Hawaii. Pyroplastics, on the other hand, are made when synthetic  plastics are burned—and they easily escape detection because they so closely resemble pebbles or rock fragments. Plasticrusts are the eerie effect of melted plastic that covers rocky surfaces, more or less becoming a geological marker of our  plastic-loving period. Finally, anthropoquinas are sedimentary rocks that have become cemented with human trash like bottle caps, earrings, and plastic fragments.

[Related: Microplastics are everywhere. Here’s what that means for our health.]

The effect of plastic on human health is still a bit of a mystery—but we now know that microplastics are pretty much everywhere. They can be found in the air, drinking water, food, and even human blood. Some potential risks of microplastic exposure are metabolic disturbances, neurotoxicity, and increased cancer risk. The pollution can delay how aquatic life grows and cause it to act abnormally.

It’s much clearer that oil spills and tar can severely hurt wildlife, by physically harming animals or leaving chemicals and pollution on habitats and breeding grounds for years. This makes plastitar a scary combo.

The combination of tar and plastic materials is a “a double threat to the marine ecosystem with unknown environmental consequences,” the study authors write. Because marine organisms eat plastics , plastitar might cause “intestinal blockage, internal injuries, oxidative stress and damage, inflammatory responses, among other important issues.”they warn. .

Not to mention how hot these balls of tar can get. Standing on asphalt on a summer day can immediately make your temperature soar, and having a similar dark material line the coasts could have disastrous consequences, Hernández Borges notes in an interview with Wired.

Meanwhile, the world is producing twice as much plastic as it was two decades ago and four times as much as 30 years ago. Only 9 percent of plastic waste properly gets recycled. Around 3 million tons of microplastics are released each year into the environment, along with over 5 million tons of larger chunks of plastic that may eventually break down into microplastics. We even know now that there is a global plastic cycle that mimics natural cycles like carbon, nitrogen, and phosphorus.