Ocean plastic ‘vacuums’ are sucking up marine life along with trash

A new study shows that for every 3.6 pieces of litter caught by a Seabin, one marine animal is also trapped. 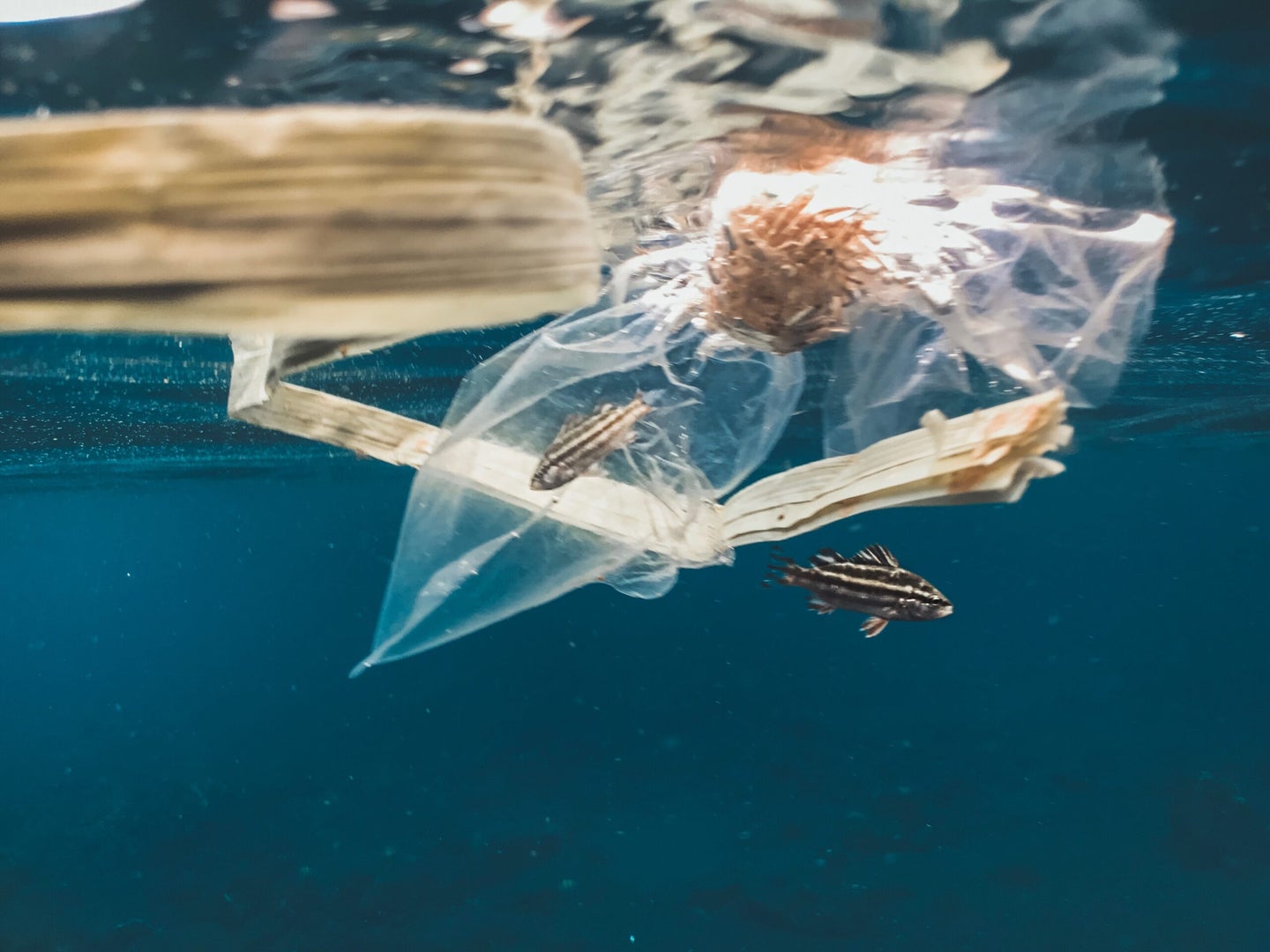 Cleaning up plastic is just one part of the ocean pollution dilemma. Unsplash
SHARE

Every year, more than 14 million tons of plastic pollute the ocean and threaten the life of various marine species. About 80 percent of all marine debris is plastic, which demonstrates the extent of global plastic pollution.

Boat builders, sailors, and engineers have developed technological innovations like the Seabin to minimize all sorts of litter floating in the ocean. These mechanical cleanup inventions are fixed-point devices designed to separate and remove marine debris from various bodies of water. They work by sucking water from the surface and intercepting floating debris or lifting trash from the water onto a conveyor belt that gathers everything in a dumpster.

However, they might have a limited benefit in reducing plastic pollution. Research shows the devices may even capture unknowing marine organisms, which is a problem because they threaten marine life.

The rate of waste generation exceeds the rate of litter cleanup

A recent Marine Pollution Bulletin study examined a Seabin in the Southwest United Kingdom and found that it captured an average of 58 litter items per day, mainly consisting of polystyrene balls, plastic pellets, and plastic fragments. The authors also found that the device caught one marine organism—like sand eels, brown shrimps, and crabs—for every 3.6 items of litter captured (or roughly 13 marine organisms per day), half of which were dead upon retrieval.

The marine organisms may be attracted to the device to forage or seek refuge. Their mortality rate also appeared to increase with retention time in the machine. Some died due to being captured, possibly under the weight of the surrounding material, says Florence Parker-Jurd, study author and research assistant in the International Marine Litter Research Unit at the University of Plymouth in the United Kingdom.

“At its current stage of development, the study found that in the environment examined, the quantity or mass of litter being removed by the device was minimal when considered alongside the risk of by-catch,” says Parker-Jurd. She adds that manual cleaning efforts with nets from pontoons tend to be more efficient and less resource intensive than the Seabin in environments like marinas, harbors, and ports, even though it was designed to operate in these locations.

“Technological innovations have a part to play in reducing marine litter, particularly in coastal environments where they can complement existing cleanup efforts,” says Parker-Jurd. “This study has highlighted the need for robust, formal evaluations of such devices, especially given the increasing use and geographic spread of the Seabin and similar devices.”

Although the study only formally evaluated one device, similar issues may apply to other marine cleaning devices. Things like the lack of an escape route, long periods of operation, and the time out of the water to separate marine life from organic matter and litter before it returns to the water can all contribute to the entrapment of marine organisms, says Parker-Jurd.

Moreover, the current capacity of technological efforts to reduce plastic collection is limited in comparison to the extent of the plastic pollution problem. “Though there are no estimates of the overall removal of plastic and other debris from these devices, there is near consensus among experts that the magnitude of trash collected pales in comparison to the amount of waste that enters our environment,” says Meagan Dunphy-Daly, director of the Duke University Marine Laboratory Scholars Program. She was not involved in the study.

Dutch non-profit The Ocean Cleanup went under fire recently for the heap of plastic debris they cleaned from the Great Pacific Garbage Patch, which some experts say was too clean for plastics that were supposedly in the water for years. The organization argued that there was no visible build-up of algae and barnacles because the water in the garbage patch lacked nutrients. Most of the plastic floated above the water, but conservation experts also refuted that.

“Further studies need to evaluate the types of marine life being captured in these devices to determine population-level effects and weigh the risks and benefits of using these cleanup technologies,” says Dunphy-Daly.

Developing and implementing technologies to reduce litter is only part of the solution. When there’s an oil spill, you don’t just focus on removing the oil from the surface of the water—you stop the leak and clean it up, says Dunphy-Daly.

The leak has undoubtedly continued in the case of global plastic pollution. She adds that combating it requires a comprehensive approach that targets all stages of the plastic life cycle, from reducing overall production to cleaning up what has entered the environment.

That said, the invention of cleanup devices effectively draws attention to the problem of marine litter. Last year, Coldplay partnered with The Ocean Cleanup and sponsored an Interceptor, a watercraft or vessel intended to remove plastic from rivers before they reach the ocean.

[Related: Horrific blobs of ‘plastitar’ are gunking up Atlantic beaches.]

“Hopefully, by generating public interest with these technologies, we can also gain support for targeting other life stages of plastic and reduce overall plastic pollution,” says Dunphy-Daly.

A 2021 report from the National Academies of Sciences, Engineering, and Medicine argued that recycling processes and infrastructures are insufficient to manage the gross amount of plastic waste produced. The authors recommended several interventions to reduce waste generation, like establishing a national cap on virgin plastic production and a ban on specific disposable plastic products.

Mechanical marine cleaning devices can shape perceptions around the issue of marine litter and potentially create a reliance on technological solutions to environmental problems. Therefore, these sorts of interventions should continue to be evaluated, says Parker-Jurd. According to a 2022 Societies paper, there is excessive optimism around technology and scientific advancement. Still, the man-made problems of the planet cannot be solved by modern and efficient technology alone.

Even though the invention of cleanup devices is unlikely to alleviate one’s responsibility for waste and litter completely, evidence of their psychological impacts is currently lacking and should still form a crucial part of future research, says Parker-Jurd. She adds, “our primary focus should remain on implementing a systematic change in the way we produce, use, and dispose of plastics.”