Tribes are pushing for their voices, and traditional knowledge, to be part of decisions over their ancestral homelands. 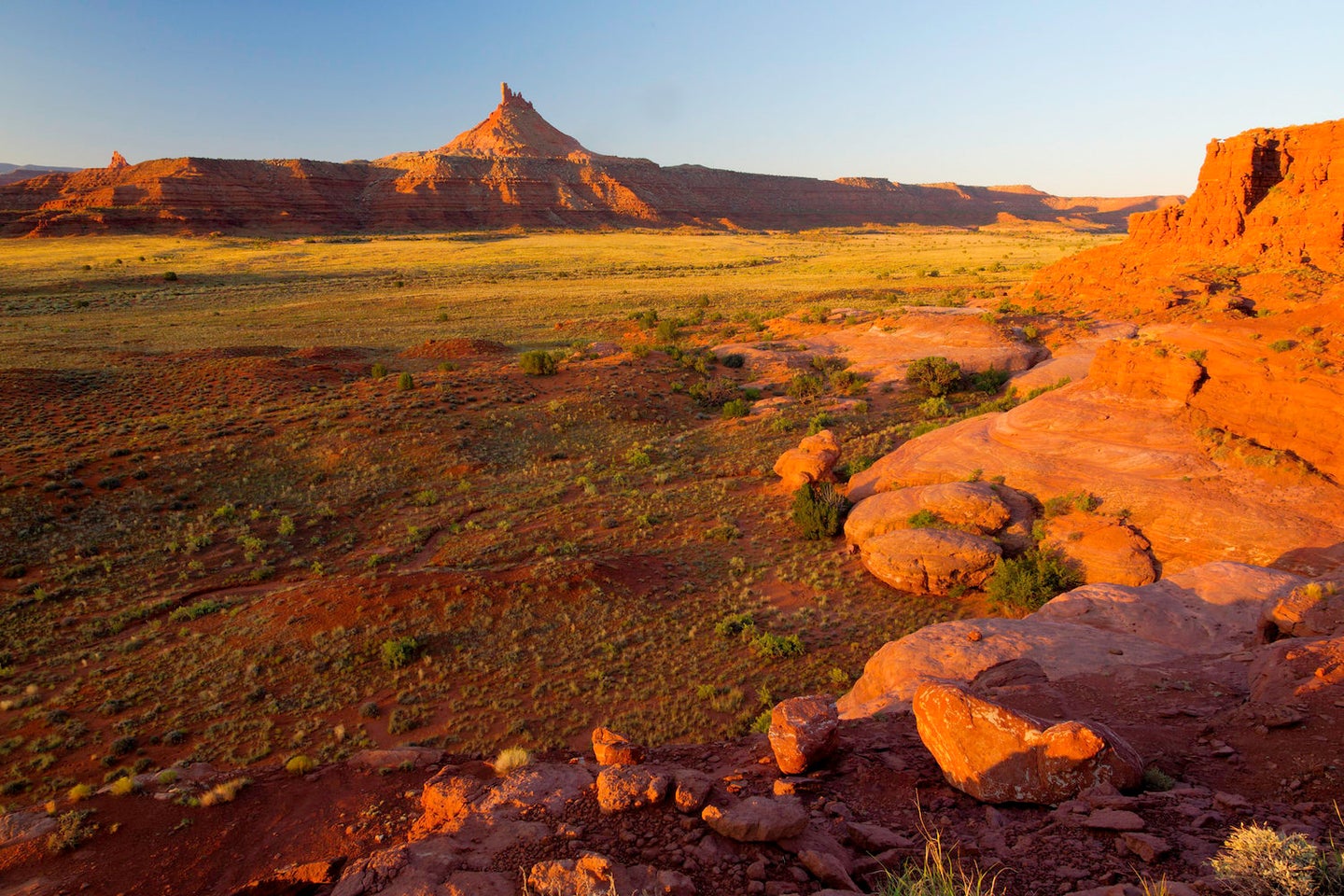 Bears Ears National Monument in southeastern Utah is one of most significant cultural landscapes in the United States, with thousands of archaeological sites and important areas of spiritual significance. These lands are sacred to many Native American tribes today, who use the lands for ceremonies, collecting medicinal and edible plants, and gathering materials for crafting baskets and footwear. Bureau of Land Management
SHARE

Before the creation of national parks and monuments, designated wildlife refuges, and the United States government, the Indigenous peoples who lived on the land cared for it based on intimate knowledge of local ecosystems. A powerful push in the last couple decades by many of those original inhabitants reasserting their claim to those lands have led to more “co-management” structures, where official management procedures include soliciting tribal input. Returning stewardship of the land to tribes would mark a culturally significant change—their knowledge, retained through generations, would be invaluable in the midst of a global biodiversity crisis.

Every example of co-management in the US looks slightly different. Legislation transferred stewardship of the National Bison Range in western Montana to the Confederated Salish and Kootenai Tribes in 2020, and presidential decree re-established the Bears Ears Commission this summer, giving five tribes input in decision making for Bears Ears National Monument. Legal decisions, like the 2018 Supreme Court decision acknowledging tribal fishing rights, granted by treaties in the 19th century, required Washington state to repair damaged infrastructure that was contributing to salmon population decline.

“Co-management can take all kinds of forms, from substantive, meaningful, timely consultation with tribes all the way to Congress delegating authority to a tribe or tribes to jointly make decisions for a piece of land with Congress,” says Monte Mills, director of the University of Washington Law School’s Native American Law Center. “The important thing is the actual work of meaningfully engaging tribes, so that they have real influence.”

William Housty, a member of the Heiltsuk First Nations people in British Columbia, Canada and the conservation manager of the tribe’s resource management department, knows firsthand what a difference it can make when first inhabitants have decision-making power over their land, and how hard it is to reach that point.

In Bella Bella, the ancestral homelands of the Heiltsuk in what’s now midcoast British Columbia, provincial maps based on insufficient data used to be the basis for managing native grizzly bears. The Heiltsuk, with biologists from University of Victoria and the nonprofit Raincoast Conservation Foundation, started collecting data on the bears’ range and movements in 2006 to build their own range maps that they now use for management decisions for bear habitat in their land. The group has since developed a model for incorporating Indigenous knowledge and voices into conservation decisions.

As is apparent in the Heiltsuk’s monitoring project around Bella Bella, most traditional knowledge and Western science is rarely in conflict—particularly as Indigenous and First Nations science has gained legitimacy and acceptance in some academic corners. Housty, who draws on his university studies in natural resource management as well as traditional Heiltsuk knowledge, says that caring for wild areas would ideally weave these sources of wisdom together.

“The aim for the project was to use Heiltsuk knowledge to produce data from a Heiltsuk point of view, and use science to back up what we were seeing already from using traditional knowledge,” Housty says.

Instead, the tension is with governments that don’t make decisions based solely—or even primarily—on optimal ecosystem health. States, and provinces in Canada, are also balancing financial and industrial interests that often conflict with conservation, such as when they lease public land for mining and drilling, or to ranchers whose cattle damage habitat.

Under Secretary of the Interior and Laguna Pueblo citizen Deb Haaland, the Biden Administration’s Department of the Interior (DOI)—which manages over 70 percent of US public land, and also contains the Department of Indian Affairs—has made an effort to actively include Indigenous voices in the conversation. The long-term impact of bringing in traditional knowledge remains to be seen in many of these projects, but it’s well-established that globally, areas stewarded by Indigenous people are often ecologically healthier and home to an outsized portion of threatened and endangered species.

However, there’s a limited amount that the DOI, or state resource management agencies, can do. Given the history of treaties and Federal Indian Law, there’s a case that tribes should have co-managing power on equal footing with the federal government, but in the US “agencies are part of the executive branch, and may be hesitant to give co-decision making power to tribes without explicit direction from Congress,” explains Mills.

But both Mills and Housty emphasize that many tribal governments have been able to regain at least partial control of the lands they and their ancestors have stewarded for centuries—something that may be to the benefit of nonnative people, too.

“People need to realize that most of these places have been occupied by people for years and years—real, functioning governments have existed here, and they need to be acknowledged and part of decision making,” says Housty. “The days of making policy and ramming it down the throats of First Nations people, those days are over.”