A new reintroduction plan for gray wolves and American beavers looks to reduce grazing on public lands by about 70 million acres. 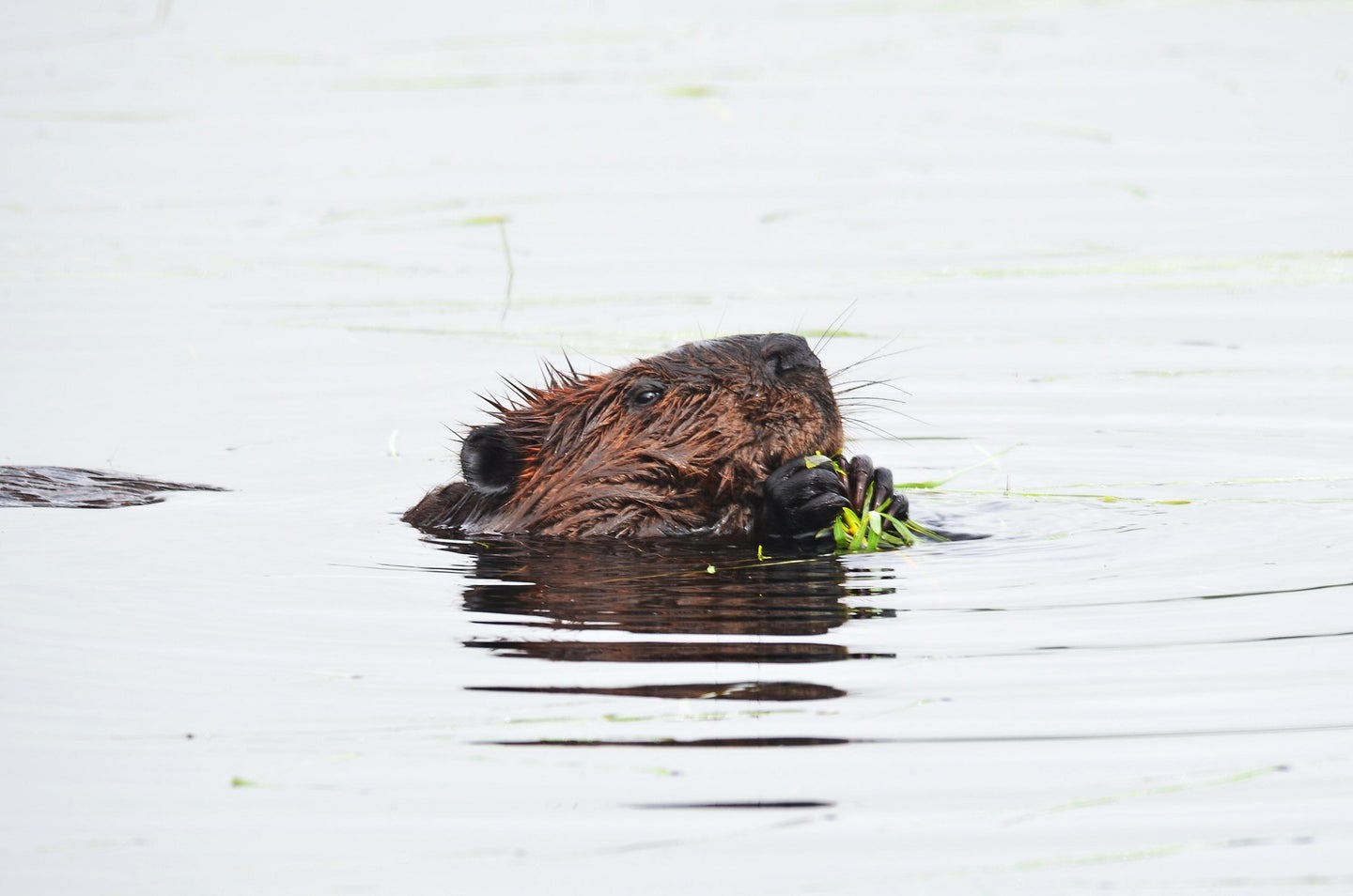 Public lands have seen a habitat revival with the return of American beavers. Courtney Celley/USFWS
SHARE

When fur trappers, livestock keepers, and settlers hunted beavers and wolves down to tiny fractions of their historic populations in the American West, they transformed entire ecosystems. Uninhibited by beaver dams, streams flowed faster, narrower, and colder, leaving the fish and other animals adapted to warm, slow water and wetlands without anywhere to live. Large herbivores like deer and elk grew unchecked in the absence of predating wolves, stripping the landscape bare of grasses and plants.

“Both American beavers and gray wolves are native to most of the western US and a keystone species,” says William Ripple, an ecologist at Oregon State University. Keystone species are defined as wildlife that have a dramatic effect on their ecosystems, despite low abundance.

Ripple is one of the authors of a study published on August 9 in the journal BioScience. He and his collaborators identify 500,000 acres of federal public land that would provide ample space for reintroducing wolves and beavers, and outline a three-step plan to bring back the two species to their historical habitat. The process starts with ending livestock grazing on the identified tracts, returning gray wolves to forests, and finally, adding American beavers to the same sites.

The newly designated Western Rewilding Network spans 11 states, and focuses on land that has abundant prey for the wolves, while maintaining the greatest possible distance from human settlements, ranching, and other potential conflicts for the predators. The streams and waterways in those areas would be repopulated with beavers. The rodents don’t clash with people or livestock as much as wolves, but they still struggle to coexist along with grazing animals, which denude trees and woody material beavers need to build their dams.

It’s well-documented that both animals have a cascade of positive impacts on the environment, though in different ways. The various wolf species that once lived across the West were apex predators in their respective ecosystems. They helped maintain the health of wild herds, generate carrion for scavengers, and prevent overpopulation at the lower rungs of the food chain, Ripple explains.

Beavers, while not apex predators, still managed to have an outsized impact on their environment. The buck-toothed rodents are what biologists call “ecosystem engineers,” which means that they reshape entire habitats to suit themselves. When they dam streams, they create wetlands and shallower, slower-moving water bodies, which in turn become living and breeding spaces for a wide range of other species.

In their plan, Ripple and his coauthors suggest waiting to reintroduce beavers because they need trees and woody material for building. If they’re moving into areas recently occupied by livestock, there probably won’t be enough on the stream banks for their construction projects.

In addition to restoring biodiversity, the study cites research that beaver-engineered ecosystems weather droughts better, sequester carbon, and can slow or even stop wildfires—all urgent threats as the impacts of climate change intensify across the West. The researchers explicitly tied it into legislation passed by Congress last year to conserve and restore 30 percent of public lands and waters in the US by 2030. The paper concludes by stating that the America the Beautiful Act “needs a bold, scientifically grounded organizing principle like that provided by the Western Rewilding Network and the three steps proposed for rewilding these federal lands.”

Before either species can be reintroduced,however, the livestock that graze on some of the species’ proposed ranges would have to be removed. Livestock protection drove much of the gray wolf’s historic decline, and has been a hurdle to reintroducing them in modern times. Reduced grazing is also necessary to recover viable beaver habitat.

But it will be politically tricky to retire the permits that ranchers lease from federal agencies to graze their cattle and sheep on public lands. Ripple and his co-authors acknowledge this in their study, noting that a fair compensation program would have to be developed to make it worth the livestock owners’ while.

“There’s precedent for this,” says Randi Spivak, the public lands program director with the Center for Biological Diversity, a nonprofit that advocates for a range of conservation policies, including reintroducing wolves. “There have been instances where federal allotments have been retired. But right now, livestock still take precedence over keystone species, and that has to change.”

The study points out that only 2 percent of the meat produced in the US is raised on public lands. The authors’ proposal would take about 70 million acres, or roughly one-third, of the federal tracts leased to ranchers each year out of commission.