Dispatches from the front lines of climate change. 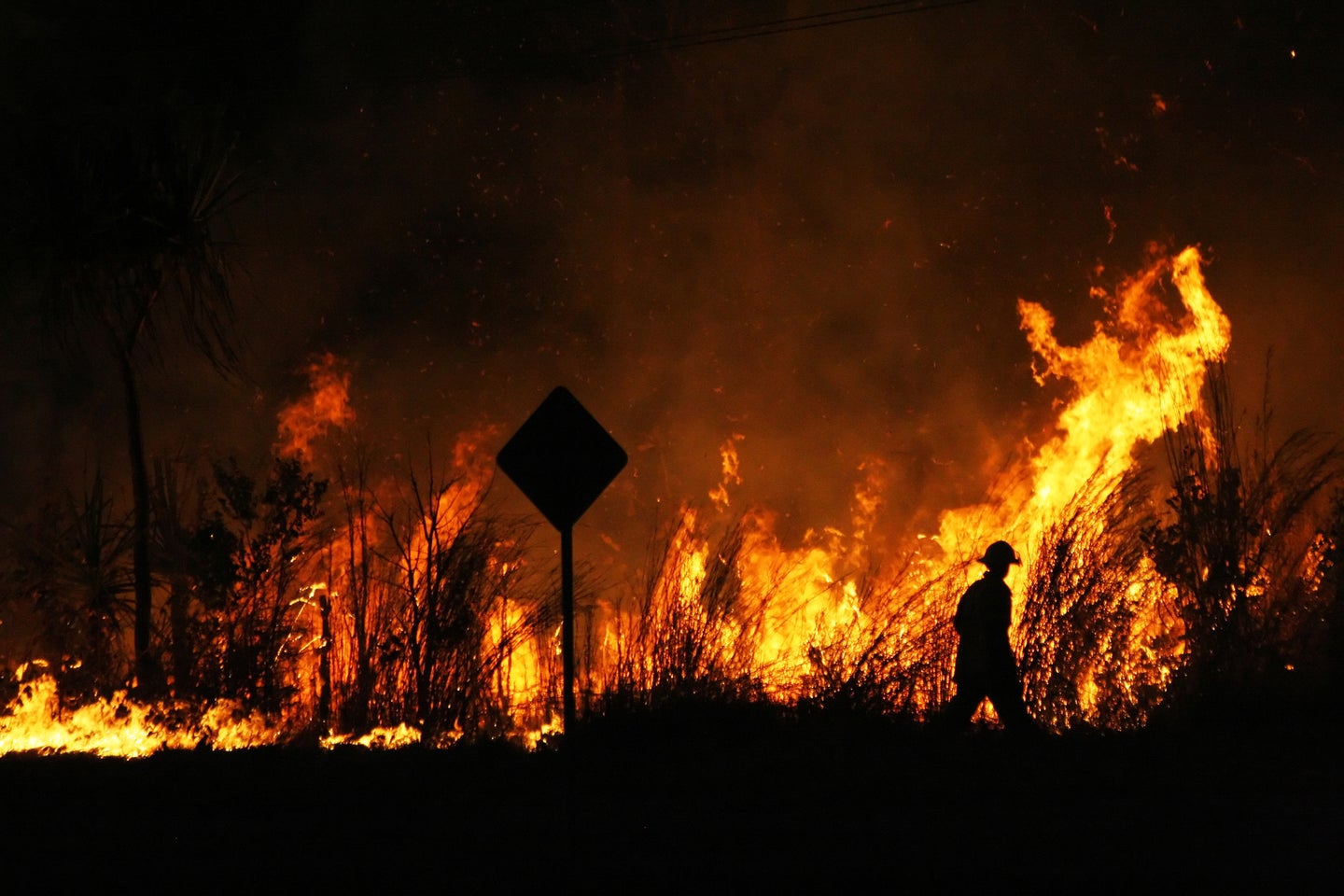 As bushfires rage across Australia, scientists are speaking out about what it will take to recover from this year’s catastrophic fire season and prepare for the future.

“We need national and international efforts to halt climate change,” says Stephen Kearney, a PhD student at the University of Queensland and the Australian Mammal Society’s communications director. “If we do not, these events will be the new normal, and the consequences of this for Australian species will be catastrophic.”

The Australian government has been criticized for a slow and under-funded response to the fires. Rolling protests are planned against Prime Minister Scott Morrison, the leader of the country’s right-leaning Liberal Party, and his government. Morrison has downplayed the link to climate change, but these historic fires are driving home the point that what’s happening in Australia, which is on the front lines of climate change’s effects, is far from business as usual.

In statements compiled by the Australian Science Media Center and released late Monday, leading climate and conservation scientists from across the country called for new efforts to halt climate change—but also to adapt and prepare for the fire seasons to come.

“The current bushfire crisis impacting multiple states and territories simultaneously represents a ‘new normal’ of what climate-related disasters in Australia will look like,” says disaster management scholar Dale Dominey-Howes of the University of Sydney.

Critics say the government has not invested in preparing for lengthening bushfire seasons, which are a near-inevitability as Australia gets drier and hotter. Australia’s network of firefighters is a patchwork of professional and trained volunteer units, but the group has been stretched thin by this year’s historic blazes.

Beyond that, the country is also vulnerable to other kinds of climate-related extreme weather events such as droughts, heat waves, flooding, storms, and cyclones, as documented in a report by the Climate Council of Australia published last month.

For the moment, the fires continue to rage. “Whether in the Amazon, Borneo, or Australia, out-of-control wildfires are a signal of forests in crisis,” Bill Laurance, a conservation scientist at James Cook University, said in the prepared statement. “These forests are being shattered by human land-uses and stressed by droughts and rising temperatures.” We shouldn’t be surprised by these fires, he says. “We should realize that they’re exactly what we’d expect when we abuse the land and our planet so egregiously.”

More than 20 humans have died in the fires so far and estimates put the number of animal casualties in the hundreds of millions. But it’s hard to know what the indirect impacts on Australia’s wildlife will look like, Kearney says. For some regions, it’s likely to be devastating. And as PopSci has previously reported, the interruption of local flora and fauna will only make environmental catastrophe more likely in the future. Rehabilitating the land and reintroducing animals and plants will reduce the likelihood of future fires at this season’s apocalyptic scale, but until a reckoning is had, it’s hard to know how or how much.