Brazil’s new president plans to plunder the Amazon, which is bad news for all of us

Deforestation could be devastating for indigenous peoples—and for the whole planet. 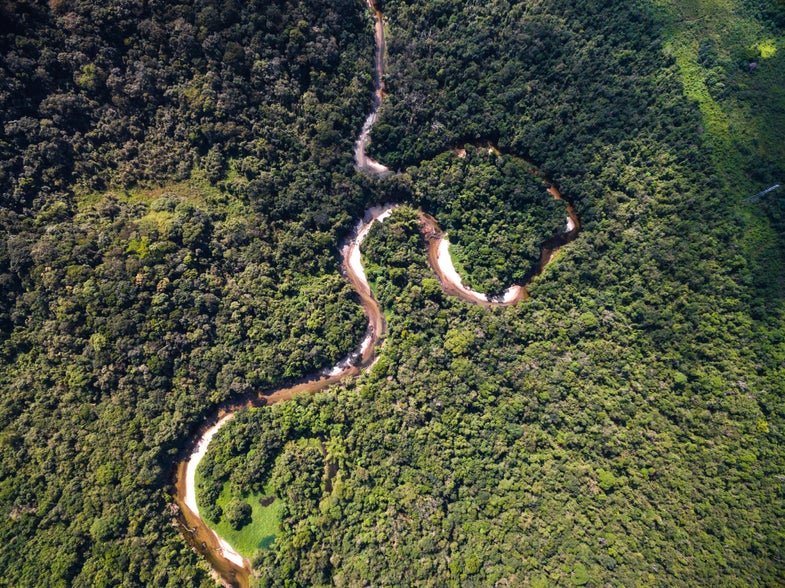 On Sunday, Brazil elected a new president: Jair Bolsonaro. Bolsonaro has been compared to President Donald Trump for his far-right politics. Like Trump, his election is a sign of dissatisfaction with the status quo in Brazil, but also like Trump, his actions on matters like the environment will have consequences that reach around the globe. In this, he might beat the United States president, because he now governs an incomparable resource—the Amazon.

“There’s really nothing that Bolsonaro is putting on the table that makes conservationists and scientists happy right now,” says noted conservation biologist William Laurance of James Cook University in Australia.

Among his many controversial statements, Bolsonaro vows to open up indigenous lands to resource exploitation, ban environmental NGOs like the World Wildlife Fund, place Brazil’s environmental ministry under the control of its ministry of agriculture, and relax laws safeguarding the Amazon from development. Earlier in the election cycle, he threatened to back out of the Paris climate accords, a stance he has now relaxed. But remaining part of the accords won’t mean much if all of his election promises come to pass.

Of course, election promises are one thing and in-office action is another. The issues surrounding the Amazon are important far outside Brazil, though, and they’re connected.

When it comes to the environment—and specifically, the Amazon—the world is watching Bolsonaro closely. “This is one political entity, the federal government of Brazil, that has control over 70 percent of the Amazon,” says Emilio Bruna, a University of Florida ecologist who studies the Amazon. What Brazil decides to do with that territory has global implications.

Brazil is home to about 70 percent of the Amazon rainforest, one of the planet’s greatest sinks of biodiversity and a key carbon storage site. Protecting it is essential if we want to mitigate the effects of climate change and the associated mass extinction currently taking place. Rates of deforestation fell to historic lows in 2012, but they’ve been rising since. With a government that’s open to resource exploitation and actively hostile to conservation, we can expect that to continue.

But merely considering deforestation in terms of its climate impacts leaves out some of the most important players in Brazilian politics, people for whom the Amazon isn’t just a jewel of the planet—it’s home.

“This scenario is totally heartbreaking,” Dinamã Tuxá, Coordinator of Brazil’s Association of Indigenous Peoples (APIB) says in a press release from the organization Amazon Watch. “Bolsonaro has made clear and consistent declarations about ending the titling of indigenous lands, which are completely opposed to our rights.”

Bolsanaro has described the Amazon as “like a child with chickenpox,” comparing indigenous reservations with diseased lesions. Ending indigenous titling and opening up indigenous lands for mining were among his campaign promises. He’s also talked about expanding nuclear and hydroelectric power in the Amazon—which means more dams, some of which will displace indigenous peoples.

The indigenous peoples of the Amazon play a vital role in protecting the rainforest and tracking the progress of illegal deforestation. But beyond their utility in protecting the region, it is their home. Removing protections that safeguard the Amazon also endangers their most basic rights.

An APIB release published on October 22 asks the national and international human rights community “to stay alert, aiming for the protection of our lives as well as the rights guaranteed both by the federal constitution and international treaties signed by Brazil.”

Indigenous reserves have “really crucially augmented traditional protected areas” in the Amazon, says Laurance. Together with those protected areas and government-controlled logging sites, which are environmentally managed, they create conservation corridors wending their way through crucial parts of the jungle, he says. Taking away power from indigenous reserves—many of which are not fully defined, leaving them politically vulnerable—would fragment these corridors and leave only patches, which are far less effective for preserving wildlife.

“A lot of the indigenous reserves in the Amazon are smack in the path of a lot of development pressure,” he says. Take a pro-development president who explicitly threatens indigenous self-governance, and who knows what could happen.