The Amazon has shrunk by 24,000 square miles over the last decade

Mile upon mile of the rainforest has been replaced with a wide range of commercial developments. That’s why it’s the statistic of the decade. 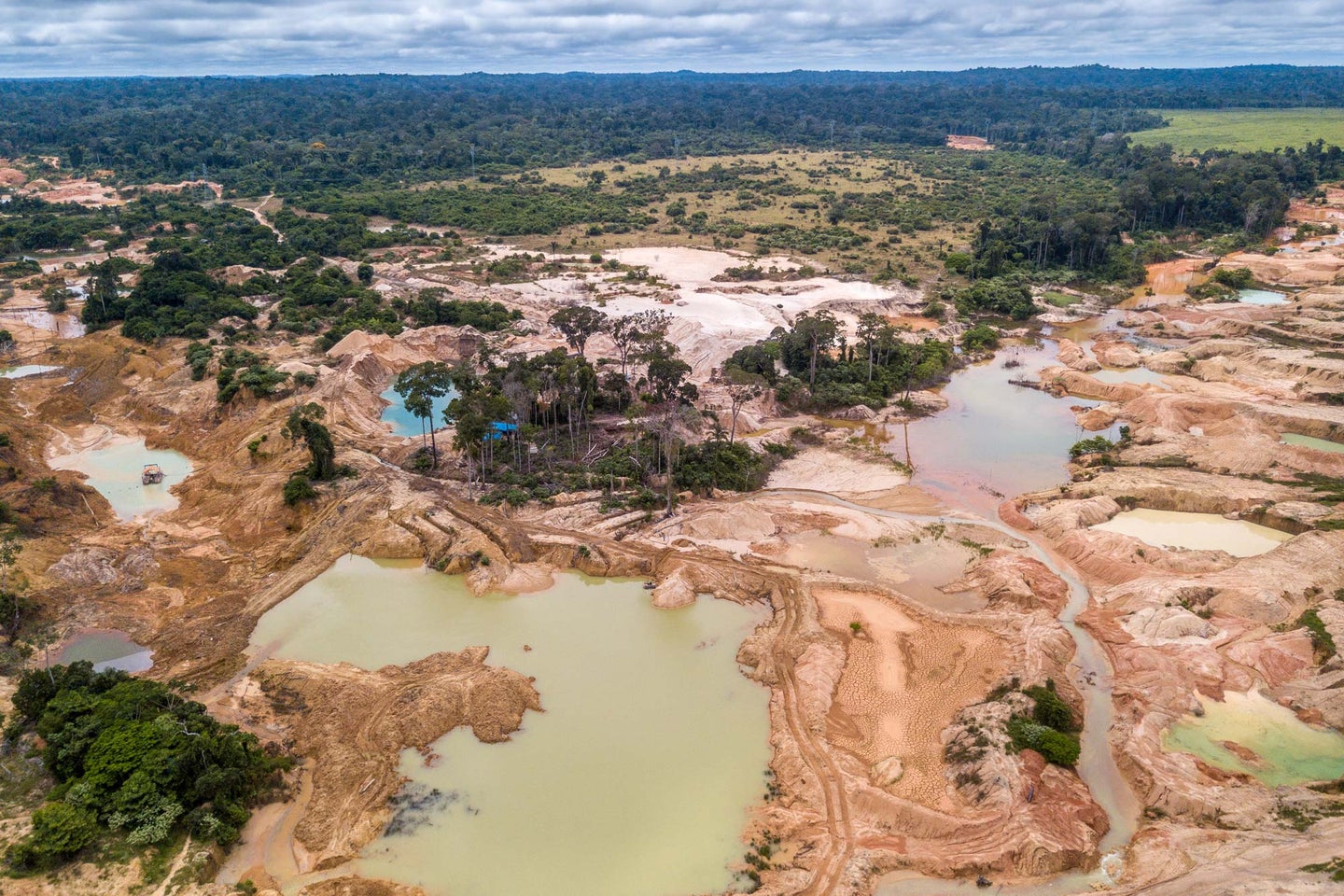 Liberty Vittert is a professor of the practice of data science at Washington University in St Louis. This story originally featured on The Conversation.

This year, I was on the judging panel for the Royal Statistical Society’s International Statistic of the Decade.

Much like Oxford English Dictionary’s “Word of the Year” competition, the international statistic is meant to capture the zeitgeist of this decade. The judging panel accepted nominations from the statistical community and the public at large for a statistic that shines a light on the decade’s most pressing issues.

On December 23, we announced the winner: the 8.4 million soccer fields of land deforested in the Amazon over the past decade. That’s 24,000 square miles, or about 10.3 million American football fields.

This statistic, while giving only a snapshot of the issue, provides insight into the dramatic change to this landscape over the last 10 years. Since 2010, mile upon mile of rainforest has been replaced with a wide range of commercial developments, including cattle ranching, logging, and the palm oil industry.

This calculation by the committee is based on deforestation monitoring results from Brazil’s National Institute for Space Research, as well as FIFA’s regulations on soccer pitch dimensions.

There are a number of reasons why this deforestation matters—financial, environmental, and social.

First of all, 20 million to 30 million people live in the Amazon rainforest and depend on it for survival. It’s also the home to thousands of species of plants and animals, many at risk of extinction.

Second, one-fifth of the world’s fresh water is in the Amazon Basin, supplying water to the world by releasing water vapor into the atmosphere that can travel thousands of miles. But unprecedented droughts have plagued Brazil this decade, attributed to the deforestation of the Amazon.

During the droughts, in Sao Paulo state, some farmers say they lost over one-third of their crops due to the water shortage. The government promised the coffee industry almost $300 million to help with their losses.

Finally, the Amazon rainforest is responsible for storing over 180 billion tons of carbon alone. When trees are cleared or burned, that carbon is released back into the atmosphere. Studies show that the social cost of carbon emissions is about $417 per ton.

Finally, as a November 2018 study shows, the Amazon could generate over $8 billion each year if just left alone, from sustainable industries including nut farming and rubber, as well as the environmental effects.

Some might argue that there has been a financial gain from deforestation and that it really isn’t a bad thing. Brazil’s president, Jair Bolsonaro, went so far as to say that saving the Amazon is an impediment to economic growth and that “where there is indigenous land, there is wealth underneath it.”

In an effort to be just as thoughtful in that sense, let’s take a look. Assume each acre of rainforest converted into farmland is worth about $1,000, which is about what U.S. farmers have paid to buy productive farmland in Brazil. Then, over the past decade, that farmland amounts to about $1 billion.

The deforested land mainly contributes to cattle raising for slaughter and sale. There are a little over 200 million cattle in Brazil. Assuming the two cows per acre, the extra land means a gain of about $20 billion for Brazil.

Chump change compared to the economic loss from deforestation. The farmers, commercial interest groups and others looking for cheap land all have a clear vested interest in deforestation going ahead, but any possible short-term gain is clearly outweighed by long-term loss.

Right now, every minute, over three football fields of Amazon rainforest are being lost.

What if someone wanted to replant the lost rainforest? Many charity organizations are raising money to do just that.

At the cost of over $2,000 per acre—and that is the cheapest I could find—it isn’t cheap, totaling over $30 billion to replace what the Amazon lost this decade.

Still, the studies that I’ve seen and my calculations suggest that trillions have been lost due to deforestation over the past decade alone.