The state aims to cut a quarter of its carbon emissions by 2025. 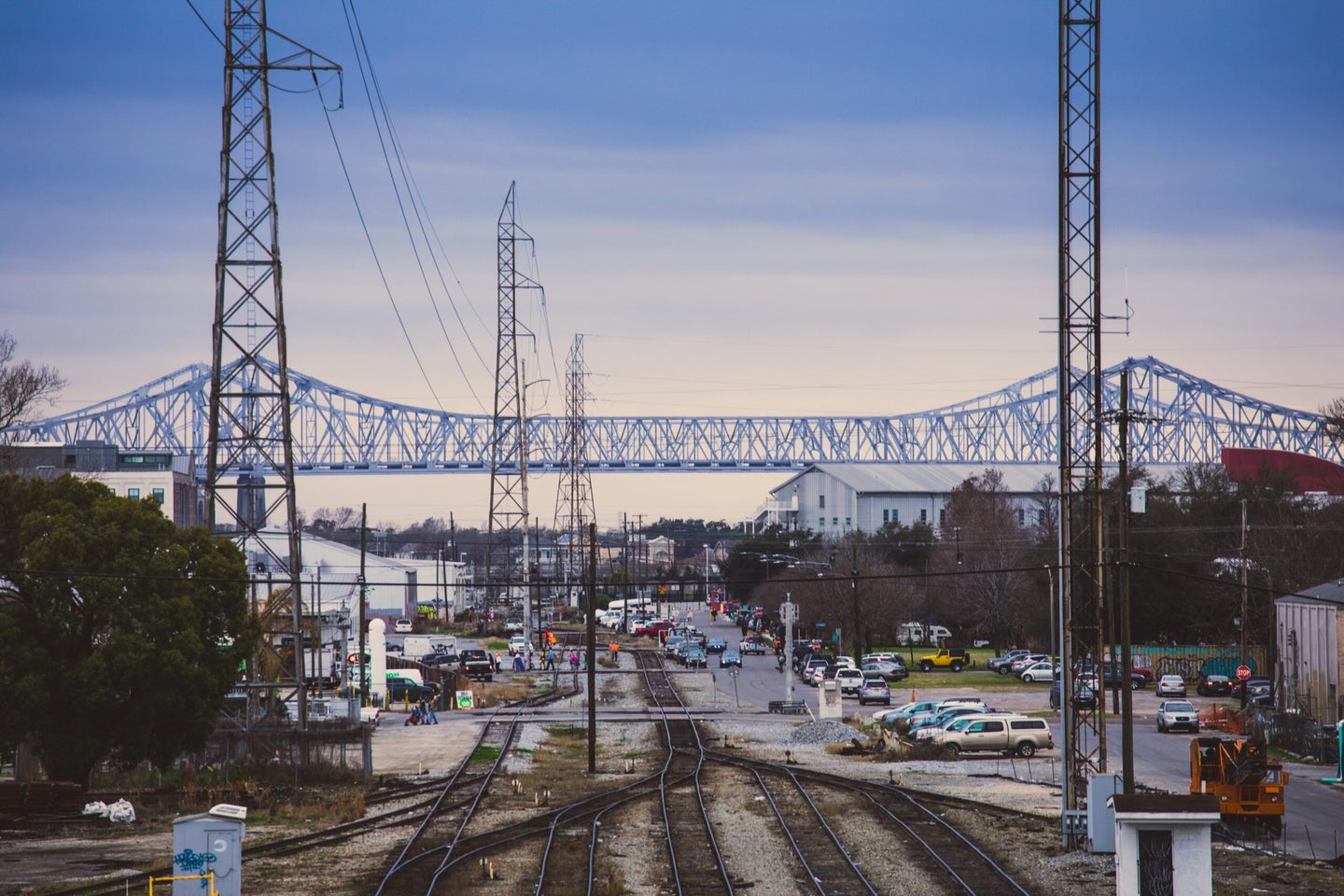 Louisiana relies on the oil and gas industry, but they also have bold climate goals. Kvnga/Unsplash
SHARE

Earlier this month, Louisiana—one of the country’s largest oil producers and refiners—became the first Deep South state to sign on to an interstate climate compact to achieve the goals of the Paris Climate Agreement.

The move is the latest in a series of steps by Democratic governor John Bel Edwards to develop a climate plan for a state battered by 2020’s record-breaking Atlantic hurricane season. Last year, he used an executive order to set a goal to be net-zero by 2050, and assembled the state’s first climate task force. This most recent agreement, called the US Climate Alliance, also includes goals to cut net emissions 25 percent from 2005 levels by 2025, and 50 percent by 2030.

Those short-term plans might be the most ambitious. In effect, Louisiana has said that it aims to cut its net emissions by a quarter in under 5 years. The state hasn’t done a comprehensive inventory of its carbon emissions since 2010, but according to David Dismukes, an economist at Louisiana State University who is developing an inventory for later this year, “we’re pretty steady at 210 million tons of CO2.”

That means Louisiana will need to cut about 50 million metric tons of emissions—more than its entire transportation sector. “The problem is that Louisiana doesn’t have this long institutional history of doing things that get you to a clean carbon future,” Dismukes says. “To get to 2025 is going to be a bit of a hurdle.”

Louisiana’s emissions come from very different sources than the rest of the country, meaning that decarbonization would have to work differently. Two-thirds of the state’s emissions come from the industrial sector—the huge petrochemical and liquefied natural gas factories along the Mississippi River and southwestern coast—versus about 13 percent nationally.

[Related: The US is tropicalizing, and you’ve probably already noticed the change]

Right now, a quarter of Louisiana’s GDP is related to oil and gas. The state has a fifth of the US’s total oil refining capacity, and exports more than half of the country’s liquefied natural gas. (Not all of that industry is counted in Louisiana’s carbon budget, though, because much of the drilling happens in federal waters, and the fuel itself is burned elsewhere.)

“A lot of people hear ‘[decarbonize],’ and they immediately think solar and wind,” Dismuke says. “And that would be true in a lot of places. But that ain’t our deal here. Of that 200 [million tons of carbon], about 30 to 35 is power—so you could replace every power plant in the state and still not get to 50 million.”

Without a comprehensive inventory, no one knows exactly where the state’s carbon savings will come from, though Dismuke thinks that the state will get a big bang for its buck through carbon capture at certain industrial plants.

There are some relatively cheap ways to do that, he says. Ammonia and liquefied natural gas processors both emit large amounts of nearly pure CO2 when manufacturing ‘feedstock’ chemicals, the raw materials for productions, and Dismuke has estimated that capturing those streams could reduce emissions by about 30 million metric tons.

But other carbon capture technology, especially after fuel is burned, is incredibly expensive, and no one has figured out where to store the CO2 itself. Meanwhile, efficiency gains over the past decade have been cancelled out by an expanding number of facilities.

Still, all the lofty goals don’t mean that Louisiana is ready to abandon fossil fuels. In front of Congress last week, Edwards made a more complicated pitch: more investment in green industry, but also an end to the pause on federal oil leasing.

“I urge this Congress and the Biden Administration to pursue a responsible and balanced approach to adapting to the impacts of climate change,” Edwards testified, “while still pursuing safe and responsible oil and gas exploration.”

Not only is the state’s economy heavily dependent on oil and gas, but it also relies on the industry to fund climate adaptation. Louisiana gets a cut of federal revenue from offshore oil production, which it pumps back into its comprehensive coastline protection program, a decade-long “master plan” to shore up fast-eroding wetlands. (Other funding for the program comes from BP’s settlement following the Deepwater Horizon disaster.)

The governor’s climate task force itself contains representatives for the oil and chemical industries, as well as a group that helped develop a Gulf South for a Green New Deal platform.

So the state seems to be pursuing both green industry and oil. In front of Congress, Edwards asked the federal government to begin evaluating the Gulf for offshore wind installations, and touted the announcement of a $700 million biodiesel refinery.

It’s possible that coastal restoration itself might figure prominently in its plans. Marshland sequesters carbon, but the Environmental Protection Agency has only recently begun quantifying those savings. Since the state is already creating marshland, it might be able to count those acres towards its carbon goals, like another state might count a reforestation project.

There are good reasons to think that Louisiana could become a hub for green jobs. The heavy engineering jobs of the oil and gas sector have similar skill sets to renewable energy and coastal restoration.

“Whenever you talk about this, people think you’re going to destroy jobs, or create new kinds of jobs,” says Robert Habans, an economist at the Data Center, a New Orleans-based think tank. They think “all these oil and gas jobs are just going to disappear if we go net-zero, or that we’ll create all these very specialized jobs we haven’t even thought of yet. But the truth is that most of these changes affect existing jobs a lot more than creating new categories of job.”

Habans has written about the poorly defined industry that has formed in part around the state’s enormous coastal restoration projects, called the “water management cluster,” and which employs thousands. “At the core, mostly these are science, design, engineering, and construction activities, but they include a broader set of activities that are related to adapting to environmental change.”

These are growth markets, as other coastlines begin to face the same erosion and encroachment that has chipped away at Louisiana for decades. And no matter how slowly the state winds down its fossil fuel industry, its long-term prospects as an industry don’t look good. “Ultimately,” Habans says, how Louisiana is shaped by the coming energy transition will depend heavily on “whether we are able to capitalize on this kind of spending that we assume is going to happen for renewable energy and what we know is happening in coastal protection and restoration.”