A boost for biofuels 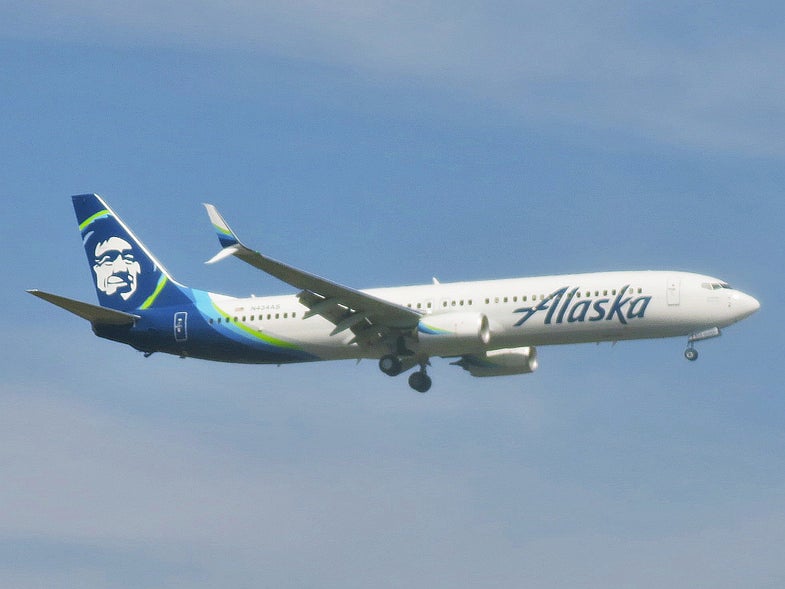 On Monday morning, Washington state-based Alaska Airlines started the week off right. It sent a Boeing 737 jet on the first commercial flight partially fueled by tree limbs and waste wood from forests.

“This latest milestone in Alaska’s efforts to promote sustainable biofuels is especially exciting since it is uniquely sourced from the forest residuals in the Pacific Northwest,” Joe Sprague, Alaska Airlines’ senior vice president of communications and external relations said in a statement.

The alternative jet fuel used on the flight from Seattle to Washington D.C. was produced through the efforts of the Washington State University-led Northwest Advanced Renewables Alliance (NARA) and Gevo Inc., a private renewable technology company.

But it’s not the first time Alaska Airlines has tested renewable jet fuel. In June, it used a 20 percent blend of corn-based fuel on a similar flight.

Like corn, trees also produce sugars through the process of photosynthesis. These sugars can be converted into alcohol and then into kerosene or jet fuel. Wood is more expensive to convert, but it can be made into isobutanol, a particular type of alcohol that gives fuel more suited for aircraft engines.

The wood-based blend also brings some additional advantages. It doesn’t compete with food crops or the land used to grow them. Instead, it uses forest clippings that are typically gathered into a pile and burned. And if the conversion process gains more support, it could create new employment in areas that have lost timber industry jobs.

Renewable jet fuel must compete on cost with petroleum-based fuels before airlines consider it for anything but the occasional stunt, but biofuel technology is fast catching up. And several airlines around the globe have committed to keeping the net carbon emissions from aviation neutral starting in 2020. That’s significant because jet fuel remains a huge source of carbon pollution.

Monday’s flight, which used 1,080 gallons of biofuel, didn’t have much of an impact on Alaska Airlines’ overall greenhouse gas emissions for the year. But if the airline were to replace 20 percent of its entire fuel supply in flights out of the Seattle-Tacoma International Airport with a renewable alternative, the company claims, it could reduce greenhouse gas emissions by about 142,000 metric tons of carbon dioxide per year – the equivalent of taking 30,000 cars off the road.