How AI could help bring a sustainable reckoning to hydropower

Some hydropower dams emit as much greenhouse gases per unit as coal plants. 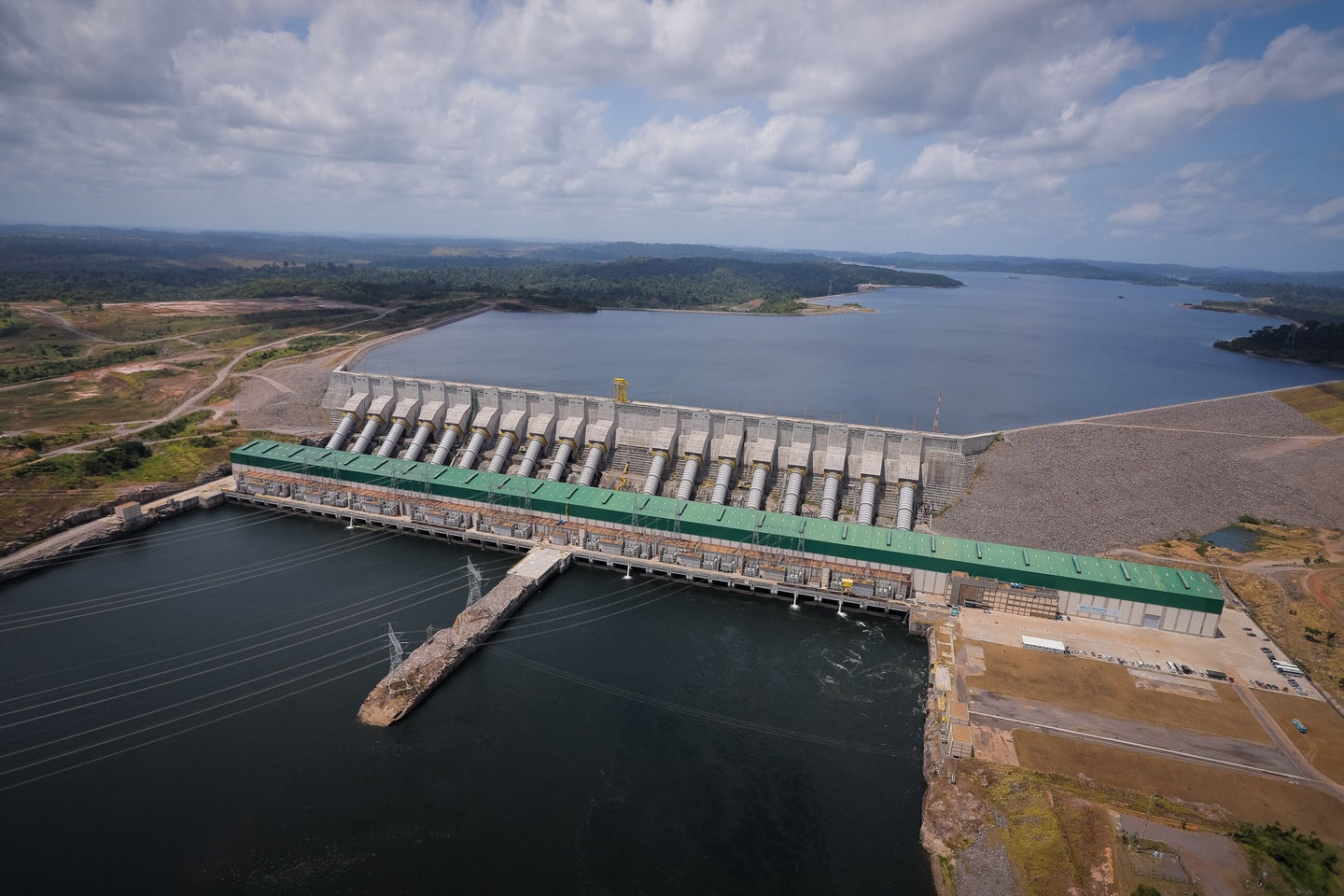 The Belo Monte dam in Brazil's Amazonian is one of several hydropower projects in the region. Bruno Batista/ VPR
SHARE

Hydropower has been stirring up controversies since the early 2000s. Despite being promoted as a solution to mitigate climate change, the hydropower bubble burst when researchers discovered in 2005 that hydropower dams are responsible for huge amounts of greenhouse gas emissions.

Hydropower dams’ walls restrict the flow of rivers and turn them into pools of stagnant water. As these reservoirs age, organic matter like algal biomass and aquatic plants accumulates and eventually decomposes and sinks. That oxygen-poor environment stimulates methane production.

Reservoir surfaces and turbines then release methane into the atmosphere. Methane makes up approximately 80 percent of the greenhouse gases emitted from hydropower dams, peaking in the first decade of the dams lifecycle.

Methane is infamous for lingering around in the atmosphere for 12 years and is at least 25 times more potent than carbon dioxide. Researchers estimate that at least 10 percent of the world’s hydropower dams emit as much greenhouse gases per unit of energy as coal-fired power plants. In the Amazon basin, several existing dams are up to ten times more carbon-intensive than coal power plants.

Despite this, there is still an aggressive push for constructing new hydropower dams in the Brazilian Amazon and the Himalayas. “​​In light of this expected boom in construction of new hydropower dams, it is critical to identify whether future dams will produce low-carbon energy,” an international team of researchers wrote in a 2019 Nature Communications study.

To identify environmentally-friendly sites for new hydropower dams, the 2019 team harnessed data from a sophisticated computational model that uses artificial intelligence (AI). They observed that lowland dams in Brazil (a predominantly lowland country) tend to have large reservoir areas which yield significantly higher carbon intensities. The Brazilian Amazon has the highest number of carbon-intensive dams as compared to the mountainous parts of Bolivia, Ecuador, and Peru. Higher elevation and steep topography, they found, make for less carbon-intensive hydropower.

New projects have been proposed at least 351 sites spread across the Amazon, which already is home to 158 hydropower dams. To find solutions for minimizing the environmental consequences of these projects, researchers are continuing to harness data with AI.

In a recent study published in the journal Science last week, a team of researchers utilized AI to scale the Amazon basin. They found that uncoordinated hydropower expansion resulted in forgone ecosystem benefits. Additionally, effective dam arrangements in other locations could generate four times more power.

“AI is being used by Wall Street, by social media, for all kinds of purposes – why not use AI to tackle serious problems like sustainability?” study author Carla Gomes, a computer scientist at Cornell University, said in a press release.

Various environmental criteria, like river flow and connectivity, greenhouse gas emissions, fish diversity, and sediment transport, of the entire Amazon basin, must be considered while selecting sites for new projects, the researchers argue.

While implementing policies based on such scientific evidence is vital for building sustainable hydropower dams, researchers are also looking for ways to reduce greenhouse gas emissions from existing projects via methane extraction.

The idea to extract the methane accumulating in lakes and dam reservoirs for energy production is not new. In East Africa, saltwater-filled Lake Kivu holds 60 cubic kilometers of methane and another 300 cubic kilometers of dissolved carbon dioxide. The methane is extracted from the lake’s deep waters with a gas separator for producing electricity at the KivuWatt power plant in Rwanda.

Inspired by this possibility, Maciej Bartosiewicz, a geophysicist from the Polish Academy of Sciences, and his colleagues propose using solid mineral absorbents called zeolites for separating methane from reservoir sediments. In a study published in the journal Environmental Science and Technology, they designed a model mechanism to deploy zeolites coupled with activated carbon that could be placed at the bottom of reservoirs.

[Related: Dam reservoirs may be much bigger sources of carbon emissions than we thought.]

So far, scientists have been unable to extract methane from freshwater bodies such as lakes and reservoirs because the gas is available at far lower concentrations. This has previously made methane extraction in smaller quantities far too expensive. But Bartosiewicz says zeolites are cheap and widely available, which could offer a viable solution.

“The system contains a gasification component that is a membrane in a box. Then zeolites could capture methane after removing carbon dioxide,” says Bartosiewicz. Installing a pumping system could further boost extraction.

Still, methane extraction from reservoirs’ sediments is not devoid of ecological consequences. The process could result in a significant disruption in the ecosystem’s biological composition by affecting the growth of bacteria that process methane in sediments—eventually impacting the food web productivity. In reservoirs and lakes where bottom methane levels are high, these bacteria are a vital source of food and energy for microscopic marine animals. Still, water bodies have the remarkable ability to self-regulate, argues Bartosiewicz.

“We still need to develop the next generation of solutions for renewable energy production. This could be a possibility,” he says. “Methane extraction will not be possible in all hydropower reservoirs. But if we can produce even five percent of energy from this methane, it will add to the quota of renewable energy.”