We thought dams were good for the environment, but they may actually release immense amounts of carbon. 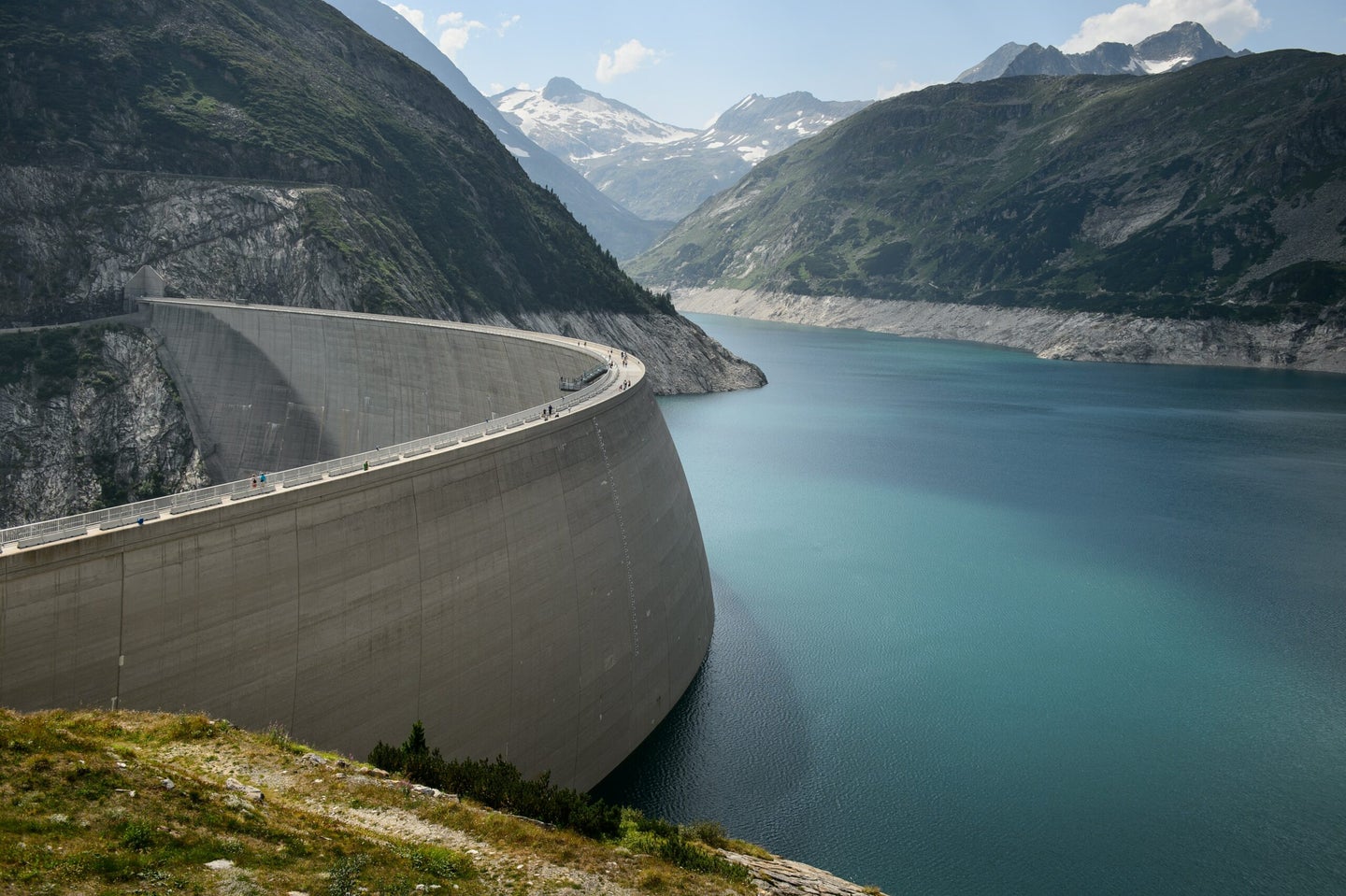 The reservoirs behind dams aren't as environmentally friendly as we thought. Jacek Dylag/Unsplash
SHARE

Dams were once thought to sequester carbon in the sediment that piled up in their reservoirs. But new research based on 30 years’ worth of data, suggests they may release potentially huge amounts of carbon, and the problem may only be getting worse.

“Carbon emissions from dams had been significantly underestimated,” wrote Matthias Koschorreck, a biogeochemist and the study’s senior author, in a press release. Where climate policymakers had once considered them a carbon sink, he argues, they should now be thought of as a source.

Reservoirs hold a surprising amount of carbon. After a dam is built, its reservoir inundates fields, wetlands, and forests. And the water accumulates more dead plant material all the time: as streams and rivers dump plants from upstream, some of it sinks to the bottom.

“One of the main aspects of reservoirs is they trap a lot of sediment,” says John Downing, director of the University of Minnesota Sea Grant. “They trap a lot of carbon.” Taken together, he says, freshwater bodies of water are more important to the global carbon cycle than all the world’s oceans.

The key is how quickly all of that plant material decomposes into greenhouse gases. When it’s deep underwater, it rots slowly. Eventually, it may even become buried in low-oxygen mud, removing it from the short-term carbon cycle entirely.

“Sometimes you’ll find bodies on the bottoms of lakes that have been there for decades, but they look like they went in yesterday,” Downing says. Elsewhere, people have found intact meat from mastodons at the bottom of ponds, or the preserved wrecks of Roman ships.

But reservoir levels change depending on seasonal rainfall, agricultural patterns, and management decisions, and not all the carbon stays submerged.

According to the researchers’ analysis of satellite data, an average of 15 percent of global reservoir area was dry between 1985 and 2015. That means that the drowned carbon those reservoirs accumulate could rot quickly in the open air.

Reservoirs used to irrigate crops tended to use far more of their water—averaging a quarter of their surface area dry—than those used primarily for hydropower. Meanwhile, reservoirs in the far north and around the equator were steadier than those in mid-latitudes. That’s partly because more far northern dams are used for hydropower, and partly because seasonal cycles of drought and monsoon are more common near the equator.

That’s especially significant since we’re drawing down reservoirs more and more. This year, the Southwest is likely to activate the drought contingency plan and sharply curtail use of the Colorado River, as the huge reservoirs that supply cities and farms across the region fall to critical levels. (However, because those reservoirs largely fill deep desert canyons, they leave less exposed land than a reservoir on gentler terrain, like in Quebec.) All of California’s major reservoirs are below historical averages.

But the exposed area is just one piece of an emerging portrait of the carbon emissions of reservoirs. Other recent research from Downing estimates that humans are pumping so many nutrients—a nice way of saying sewage and agricultural runoff—into lakes and reservoirs that by 2100 the waterways will cause half as much warming as our current fossil-fuel consumption.

That’s because those nutrients spawn algae blooms, which then die en masse. As microorganisms break down the algae, they deplete oxygen and release methane. That process could also be accelerated by changing water levels, Downing says. “When you dry sediments out and wet them again, they’re going to release a lot of nutrients, so you’ll get a lot more mobile nutrient material.”

A 2018 estimate (which wouldn’t have included the recent calculations on water drawdown or nutrient levels) found that, in the tropics, hydroelectric power could create emissions on the same scale as fossil-fuel.

Of course, algae blooms aren’t inevitable—they can be controlled by better fertilizer and sewage management. And reservoir drawdowns are the product of human decisions and policymaking as well.

But the findings might also apply to natural lakes, which are likely to experience more seasonal water levels as the climate warms.

“We’re going to have a lot of lakes that are losing water,” Downing says. “And we have new lakes being made in northern climates. I believe we’re going to have more intermittent systems that could have really high rates of greenhouse gas released to the atmosphere.”