What SpaceX’s final Starbase permits could mean for Texas wildlife

After environmental review, the FAA will make the final decision on the proposed Starship launch from Boca Chica. 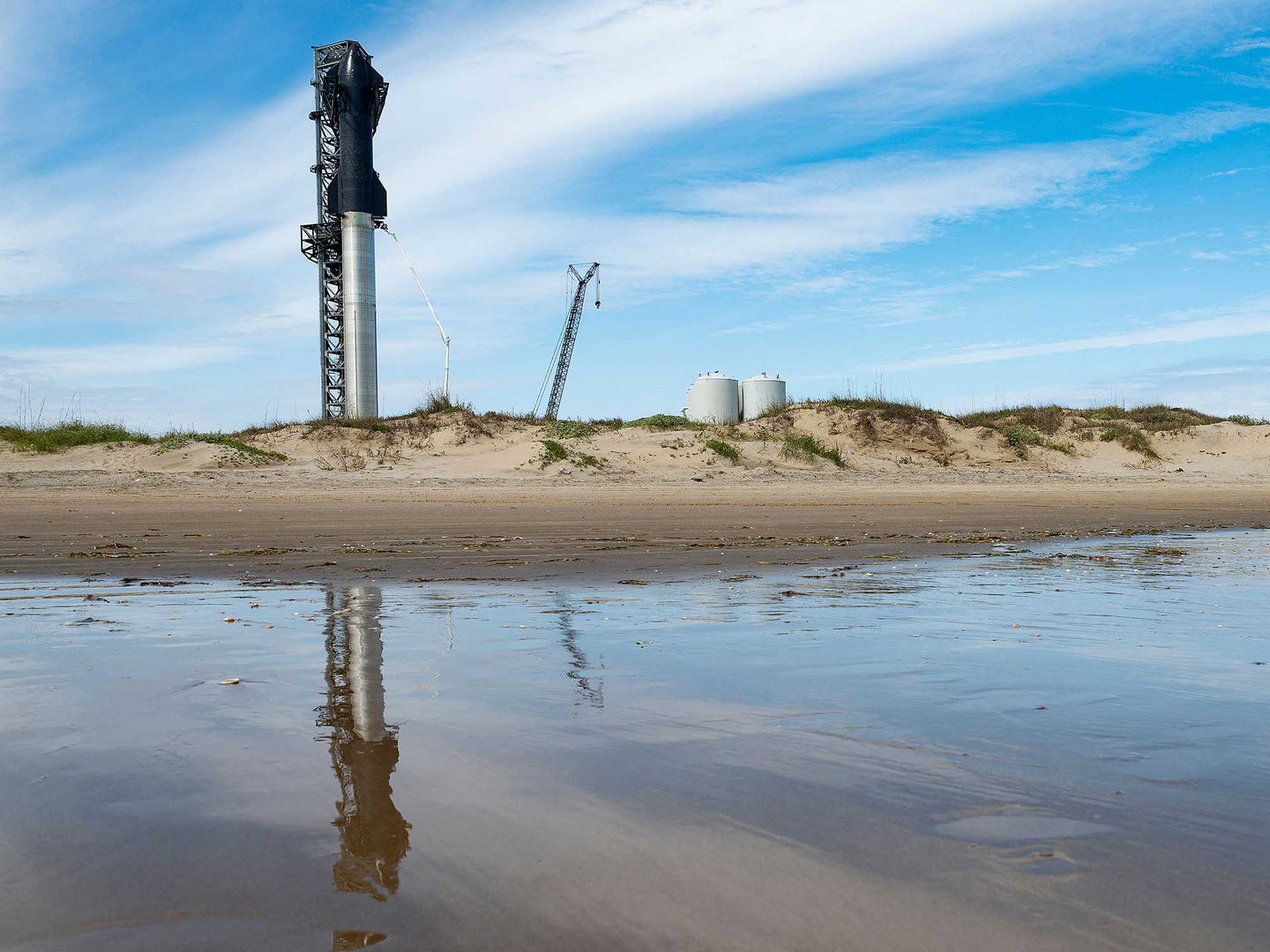 Update (June 13, 2022): Today the Federal Aviation Administration announced that to move forward with the Starship launch, SpaceX will have to make more than 75 changes to its proposed plan to further reduce environmental disruptions in Boca Chica, Texas. Some of those requirements involve closer collaboration with biologists and other experts from federal agencies. Approval of the launch license is contingent on these changes, though on Twitter, SpaceX hinted that it was still on schedule for the first launch test.

After years of development, the SpaceX Starship is rumbling to life for its first big launch. But before the 164-foot-tall rocket can lift off into space, the company, headed by Elon Musk, has to make it through some final regulatory hurdles.

The launch is set to take place at Boca Chica, located at the southernmost tip of Texas and surrounded by state parks and wildlife refuge. The nature of its operations has raised concerns about potential harm to wildlife species, especially to threatened shorebirds, in the region. SpaceX has also bought out dozens of people’s homes to make them relocate, and caused other residents to evacuate during tests.

The Federal Aviation Administration (FAA) is currently completing a final environmental assessment of the site and was expected to reach a decision on May 31. However, the agency pushed back the deadline for a sixth time and is now expected to finalize the review on June 13. It said SpaceX had made multiple changes to its application that required additional FAA analysis.

Last month, the FAA released 17,000 comments, some of which raise concerns about the SpaceX project’s impact on endangered species and the nearby Lower Rio Grande Valley National Wildlife Refuge. The company filed permits to develop an additional 17.6 acres of wetlands next to its existing Starbase facility—the size of the entire affected area will likely be much larger. Boca Chica is one of the most important shorebird sites along the entire Gulf Coast, says David Newstead, director of the Coastal Bend Bays and Estuaries Program’s (CBBEP) Coastal Bird Program in South Texas. It also serves as a critical site on the Central Flyway, connecting migratory birds between North and South America.

“There’s been repeated explosions [at the testing site], many of which have spread debris into the surrounding wildlife refuge and state park habitat,” Newstead says. “And the SpaceX properties are immediately adjacent to occupied, heavily used, important shorebird habitat.”

The CBBEP’s monitoring efforts show that in Boca Chica, piping plovers—a federally threatened shorebird species—declined from an estimated population of 327 in 2018 to 214 in 2020. But the population recorded a slight uptick to 276 in 2021. These changes correlate with the start and stop of launch testing at the site, Newstead says. SpaceX first started manufacturing and locally testing its Starship rocket systems in 2018.

“There was a small increase [in piping plovers] this past winter, but not recovered to the extent that they were previously,” Newstead adds. “Notably, from August 2021 until April 2022, there’s been no more launch testing.”

Besides tracking piping plover populations, the CBBEP also monitors nesting snowy plovers and Wilson’s plovers at Boca Chica. These birds have mostly disappeared from the area and seem to avoid nesting in sites close to the launch site, Newstead says.

The US Fish and Wildlife Service (USFWS) has also determined that SpaceX’s continued activity in Boca Chica will impact animals protected under the Endangered Species Act. Among those of the greatest concern are red knot shorebirds and the jaguarundi and ocelot wild cats. Marine life is also in danger, including the Kemp’s Ridley sea turtle, which nests on the beaches of Boca Chica and is the world’s most critically endangered sea turtle.

The SpaceX launch site could threaten wildlife populations by causing direct injury or death through explosions and tests. USFWS and other entities have also noted that heat, pressure, and debris from launch testing that began in 2018 could harm species or drive them away from critical habitat. But the judgment on SpaceX’s environmental impact is ultimately in the hands of the FAA.

“I am optimistic that we will get approval [from the FAA],” Musk said this February, as reported by Spaceflight News. “Objectively, I think this is not something that will be harmful to the environment. We’ve obviously flown the [Starship spacecraft] several times … We’ve fired the engines a lot. I think the reality is that it would not have a significant impact.”

SpaceX is shooting for a 2023 launch of its Starship spacecraft, which is designed for voyages to the moon and Mars. If the FAA decides to require a new environmental impact statement from the company, it would cause a setback of six to eight months, Musk said earlier this year. In that case, SpaceX plans to shift its Starship launch operation to the Kennedy Space Center in Cape Canaveral, Florida, where the company has already received the environmental approval it needs.

Newstead says although it is not uncommon for regulatory agencies to delay their decisions, the number of FAA postponements around the SpaceX project does stand out.

“I would assume that the extent of the delays is a testimony to the number of stumbling blocks the agency is facing in authorizing this type of activity,” he says. “If it was benign, [SpaceX] would have had their permit a long time ago.”