A few ways we could reduce greenhouse gas emissions and still eat steak. 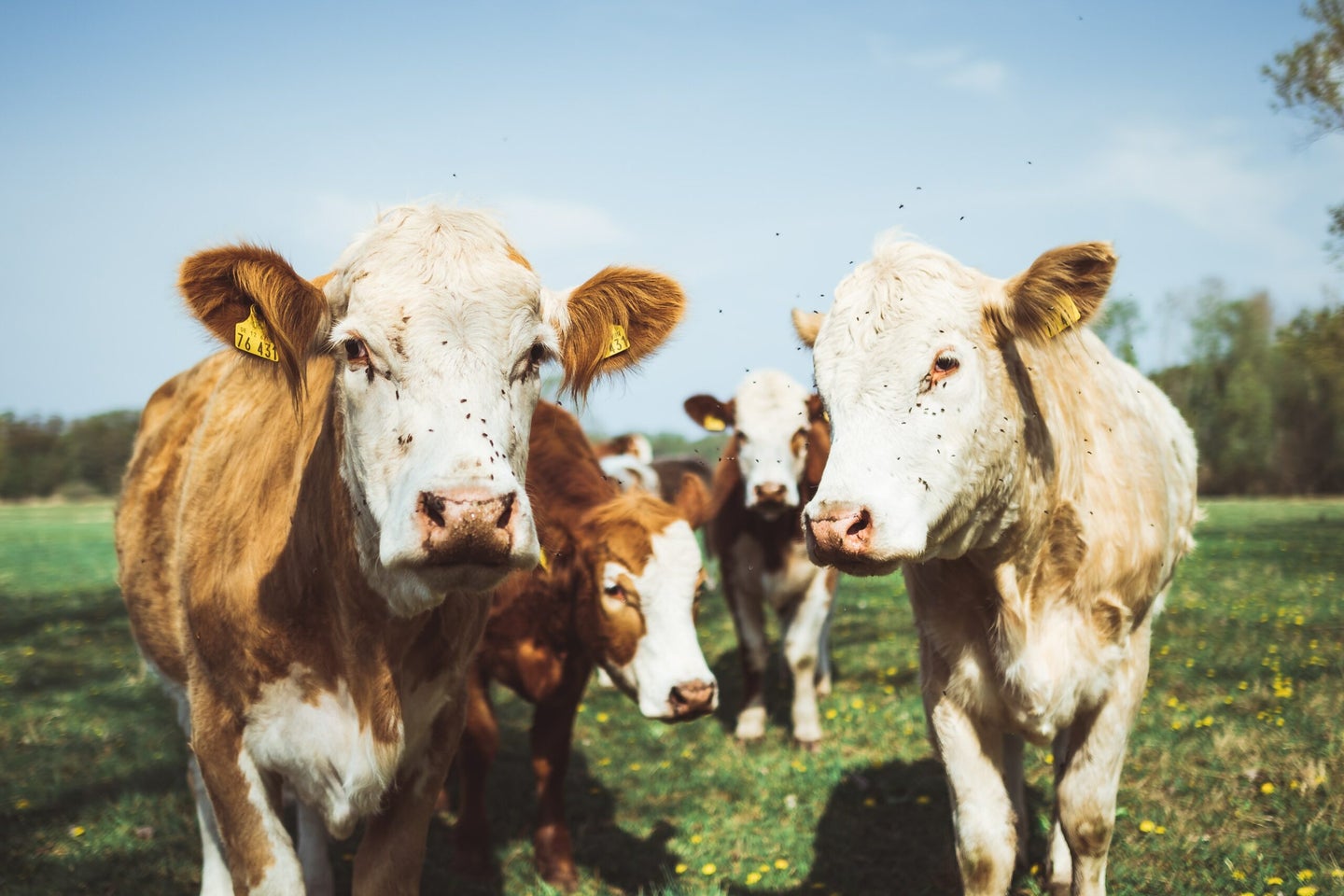 When it comes to beef’s impact on the environment, there’s a lot of room for improvement. Right now, 35 percent of methane emissions in the United States come from livestock, and the largest contributor is grazing animals like cows. The good news is, scientists have identified a number of ways to cut greenhouse gases coming from bovines.

Here are a few of the most promising ones.

Seaweed and other supplements

There are a number of promising food supplements that could cut cows’ methane emissions by 30 to 40 percent, says Ermias Kebreab, a professor of animal science at the University of California, Davis. The cow’s digestive tract is home to a diverse microbial ecosystem, which ferments the animal’s fiber-rich diet to produce energy. Some of those microbes produce hydrogen, and other bacteria use that gas to produce methane. Fortunately, it’s possible to selectively stop their activity without harming cow growth or milk production by using supplements that suppress the enzymes responsible for methane formation.

One Kebreab is particularly excited about is seaweed. In an experiment, dairy cows that ate feed with Asparagopsis, a type of red algae, belched far less methane than those that didn’t get the seaweed supplement—by up to 67 percent. “We are very excited about that,” says Kebreab. “I haven’t seen [any methane reduction] higher than that.”

There are a number of other additives scientists are studying, including one called 3-nitrooxypropanol, or 3NOP. Studies have reported a wide range in what adding this stuff to feed can do, but it most often cuts about a quarter of methane emissions. These additives won’t hit the market for a few years, but when they do they could help make our milk and burgers better for the planet.

At feedlots, waste is often flushed away and settles in ponds called manure lagoons. In these soggy, anaerobic conditions, methane-producing bacteria are active, making manure the next major source of livestock methane after bovine digestion itself. In one review, the gas from manure was between 12 to 41 percent of total agricultural methane among countries surveyed. In the U.S., it is the source of 28 percent of livestock methane, according to the EPA.

Like methane burps, it’s possible to curb this source of emissions. Since wet conditions foster methane, separating out manure solids and drying them can cut back on this greenhouse gas. Feedlot managers can also compost the manure in aerobic piles, or send it to an anaerobic digester, in which the methane from decomposing manure is captured for fuel. In California, the state’s Climate Smart Agriculture program has awarded grants to 17 dairies to change their poo practices. At one dairy, the manager proposed to separate solids, compost them, and spread the compost on the pasture—that way they were nurturing the ranch grasses, too. In total these projects are estimated to cut 367,467 metric tons of CO2-equivalent emissions over five years, which is about the same impact as taking 16,000 cars off the road.

High numbers of cattle trampling about rangelands, eating wherever they please, can decimate plants as well as compact and erode the soil. This prevents grasslands from storing carbon from the atmosphere in their roots and soil. But grazers and grasslands can also have a harmonious relationship.

In lands that were once continuously grazed, switching to adaptive multi-paddock grazing—a system of many smaller fenced areas that cattle are frequently moved between—can lead to improved plant growth and thus improved carbon storage. In one estimate, making this switch could even lead to negative emissions, where more carbon being stored in the soil than emitted by the cows, for decades.

In many rangelands, the problem isn’t too many cattle, it’s that the cattle aren’t using the land evenly, says Leticia Henderson, a livestock and range science professor at Oregon State University. When rotational grazing isn’t an option (the extra labor and costs for fencing can sometimes be a barrier), using herding and supplement blocks to keep cattle out of sensitive areas like streams is a relatively easy way to reduce their impact, adds Henderson.

Grazing might even be able to mitigate climate change in other ways. Henderson says one project she’s working on is investigating whether cattle can graze down invasive grasses in Oregon rangelands. Species like medusahead and cheatgrass build up a thick layer of thatch, which easily lights up and feeds the raging wildfires that are becoming more frequent and intense in the West. Careful grazing could help combat the grass-fed fires.

The right cow for the job

The arid American Southwest, with scrubby and sparse vegetation, isn’t a natural fit for large cow breeds like Angus cattle.

At the Jornada Experimental Range near Las Cruces, New Mexico, researchers are seeing if the Criollo, a smaller cow originally introduced from Spain that’s since adapted to the Southwest for the past 400 years, could have a lower impact than large breeds in dry regions. These animals can survive mostly on the prickly shrubs and grasses of the desert, while other cattle need more supplementation. This means herds require fewer resources and have a lower impact on the environment.

Together, these changes could cut cows’ contribution to the climate crisis. Better beef is on the rotationally-grazed, seaweed-supplemented horizon.