The oil giant commissioned secret climate research as early as the 1970s, with surprisingly accurate results. 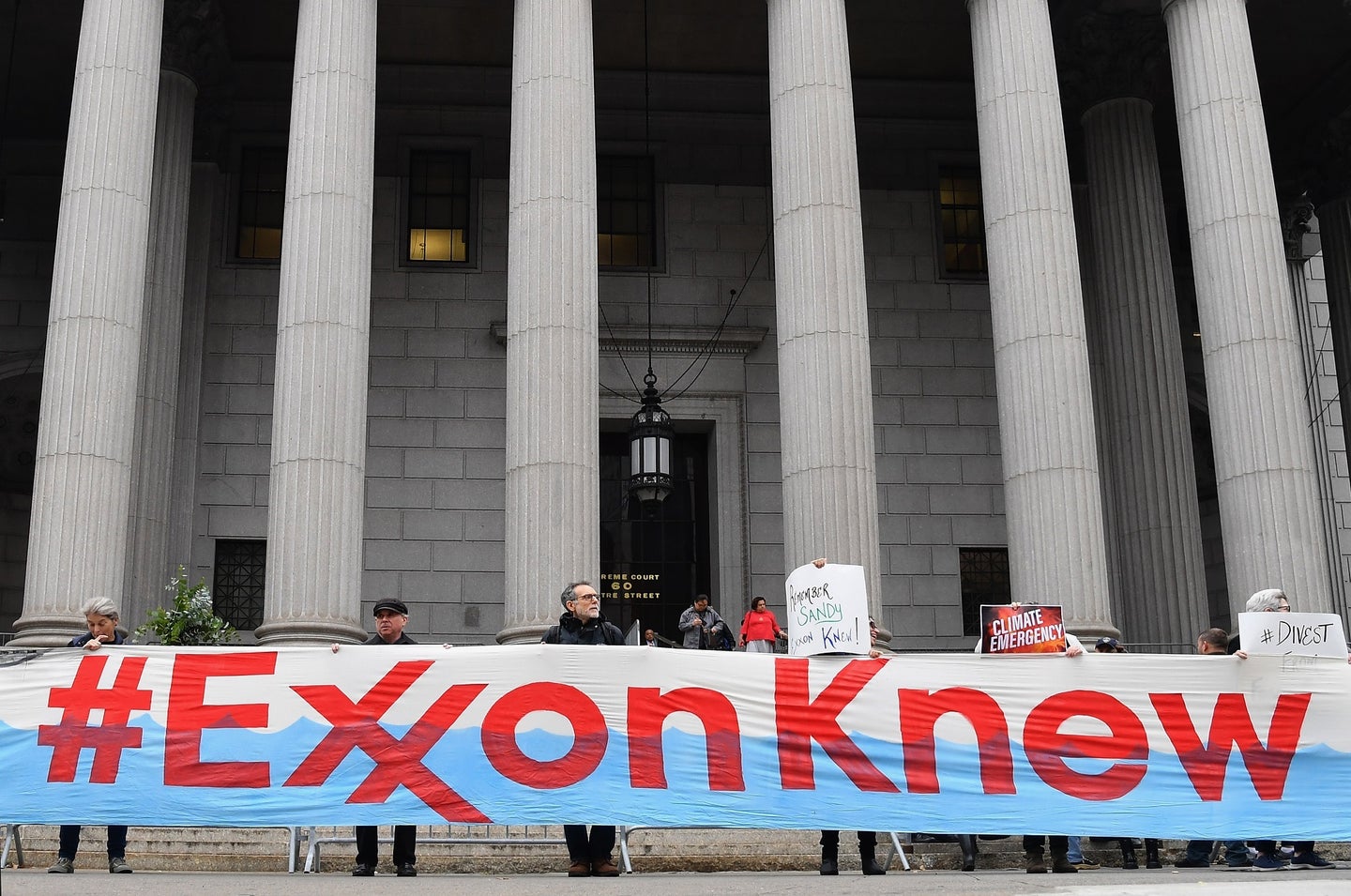 In 1896, Swedish physicist and chemist Svante Arrhenius predicted that an increase of carbon dioxide in the Earth’s atmosphere would lead to a temperature increase. Five years later, his colleague Nils Gustaf Ekholm coined the term “greenhouse effect.” But it took over 80 years for people to seriously begin paying attention to their findings.

In the background, though, researchers were still projecting and collecting data on climate change. Studies published in the 1960s and ‘70s examining carbon dioxide’s relationship to the Earth’s average surface temperature led to the United Nations forming the Intergovernmental Panel on Climate Change (IPCC) in 1988 and worldwide awareness of the issue.

Unfortunately, not all that data was used for the greater good. In 2015, Inside Climate News and the Los Angeles Times published an investigative report together detailing oil giant Exxon’s expansive knowledge of the potentially catastrophic effects of global warming way back in 1977. According to the account, the company funded research into carbon dioxide emissions and rising temperatures for about a decade before dramatically curtailing the program and beginning its strategy of climate denial.

ExxonMobil (the two oil companies merged in 1999) responded to the paper with a statement: “We unequivocally reject allegations that ExxonMobil suppressed climate change research contained in media reports that are inaccurate distortions of ExxonMobil’s nearly 40-year history of climate research. We understand that climate risks are real. The company has continuously, publicly and openly researched and discussed the risks of climate change, carbon life cycle analysis and emissions reductions.”

But a postdoctoral fellow at Harvard University wasn’t convinced. In 2017, Geoffrey Supran, now an associate professor of environmental science and policy at the University of Miami, and his advisor, science historian Naomi Oreskes, published a paper in the journal Environmental Research Letters examining those documents. Supran found just the opposite—that Exxon funded climate change research in the late ‘70s and early ‘80s behind closed doors but questioned the findings publicly.

Five years later, Supran and Oreskes have published a follow-up review outlining exactly what Exxon learned about climate change, regardless of their public statements. It’s the first systematic analysis of any fossil fuel company’s climate projections and was published in the journal Science on January 12. Here are four of the bombshells they found.

Supran says he was taken aback when he first overlaid Exxon’s climate projections with the actual data. “I had this moment of pause when I actually plotted it, and you see all these lines land so tightly around the red line of reality,” he explains.

Over the last 40 years, the company’s models accurately predicted the increase in global surface temperature over time at an average of 0.2 degrees Celsius per decade. It was also on the ball with projections on the increase in global temperature with radiative forcing, a metric that measures how much of the sun’s energy remains in Earth’s atmosphere. In fact, Exxon’s models performed better than average when compared to other climate projections from that era.

2. The researchers correctly rejected the global cooling hypothesis, even as the company promoted it

Of the 14 Exxon climate projections that Supran examined for his paper, not a single one was massively wrong. “They all excluded the possibility of no human-caused warming,” he says. “The curves always went up. The only question was exactly how quickly they rose.”

One chart Supran analyzed was a long-term look that tracked global temperature over the last 150,000 years. This graph was presented to Exxon executives in 1977 and accurately mapped the average global temperature. At the meeting, company scientists warned the executives that emitting carbon dioxide into the atmosphere could have catastrophic results. Yet, over the following decades, the company publicly pushed the myth of global cooling.

3. Exxon knew when the world would first notice the effects of climate change

In 1995, the IPCC announced it had irrevocable proof that human activities were fueling climate change, a fact it’s reiterated in each new study. Supran analyzed 10 internal reports and one peer-reviewed publication to find Exxon’s estimate: Eight of the 11 predicted the world would detect changes by 2000. But publicly, ExxonMobil executives only acknowledged human-made climate change in 2007.

4. The commissioned studies correctly described the amount of carbon dioxide that would lead to catastrophic climate change

[Related: Renewable energy is climbing in the US, but so are our emissions—here’s why]

When Exxon scientists wanted to know how much carbon dioxide they could reasonably emit, they opted to use an upper limit of 550 parts per million for 2 degrees Celsius. They calculated that somewhere between 251 and 716 metric gigatons (the world emitted 37 metric gigatons total in 2021) was the most humanity could burn before crossing that threshold. More recent estimates have narrowed that range to between 442 and 651 metric gigatons, showing that yet again, the world’s largest oil and gas company understood climate science as well as anyone.