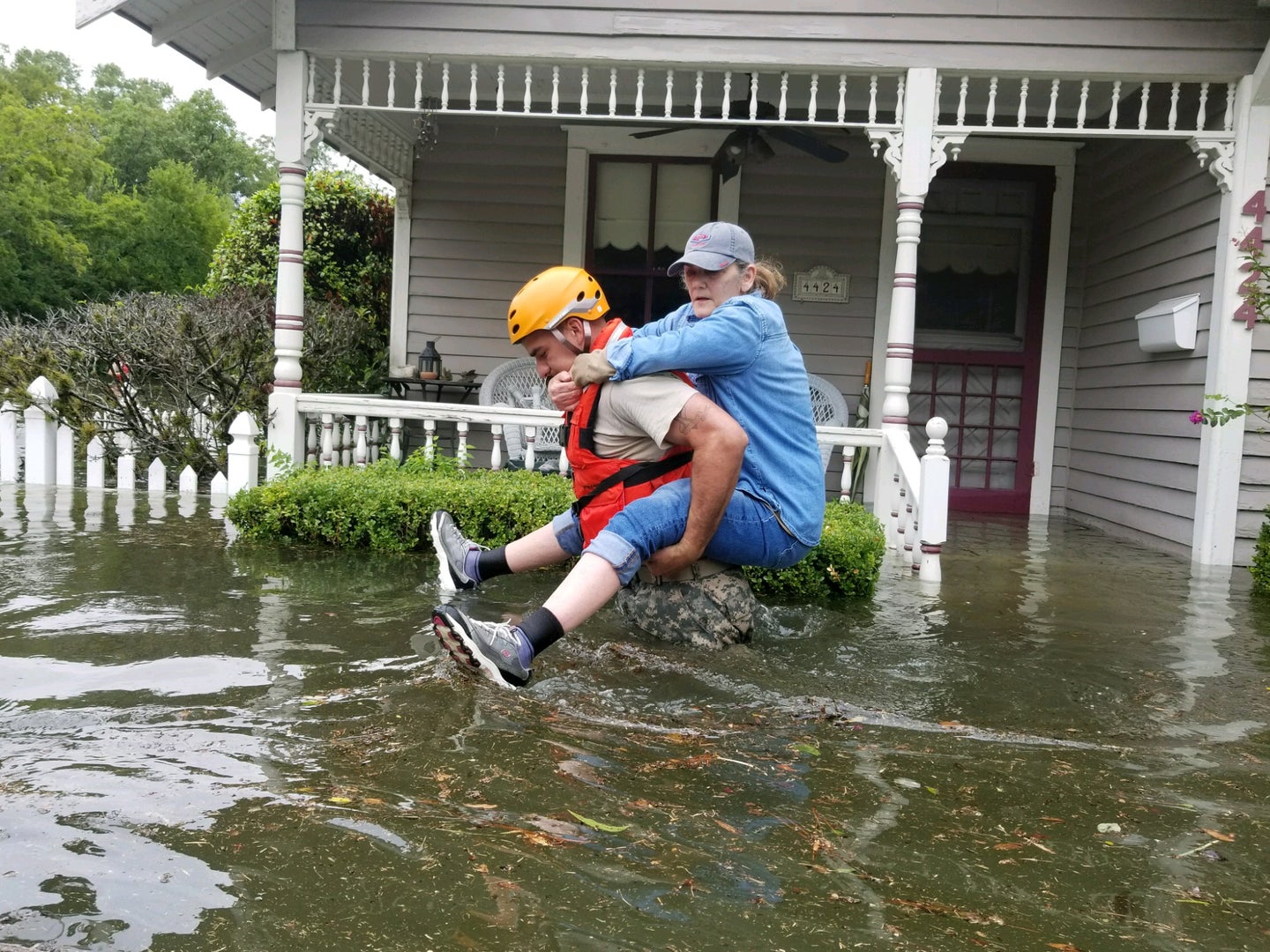 In 2017, Hurricane Harvey soaked Texas in as much as 60 inches of rainfall—and climate change may only make tropical storm downpours worse. The National Guard
SHARE

“Climate change isn’t an end-of-the-century problem; it’s actually here,” says Kevin Reed, a climate scientist at the State University of New York at Stony Brook. “It’s changing our weather and therefore we must really think about how we [can] best adapt our coastlines and become more resilient to these types of events and how they’re changing.”

Reed and his collaborators reported the findings on April 12 in Nature Communications.

In recent years, scientists have explored how climate change has worsened individual storms such as Irma, Maria, and Harvey in 2017; Florence in 2018; and Dorian in 2019. This involves a technique known as hindcasting, in which researchers try to recreate past weather rather than predicting upcoming conditions. Otherwise, though, “It’s no different than the National Weather Service running a seven-day forecast so that you can know what weather might be like on Saturday,” Reed says.

[Related: The future of hurricanes is full of floods—a lot of them]

His team investigated how climate change might have influenced the entire 2020 hurricane season in the North Atlantic basin. They used climate models to generate two sets of hindcasts that ran every three days from June 1 through November 30. One set was based on simulated 2020 conditions, while the other represented a world whose climate hadn’t been altered by human activities.

The global average surface temperature increased due to greenhouse gas emissions by more than 1 degree Celsius (1.8 degrees Fahrenheit) from 1850 to 2020. As a result, the researchers estimated, sea surface temperatures in the North Atlantic were between 0.4 to 0.9 degrees Celsius (about 0.7 to 1.6 degrees Fahrenheit) warmer during the 2020 hurricane season than would be expected without human interference. And scientists know that warmer waters enable more powerful storms to form.

Tropical storms can wreak havoc by unloading vast amounts of rain in torrential but short-lived downpours, as the remnants of Hurricane Ida did last year in the Northeast. In other cases, such as Hurricane Harvey, take days to disgorge their rains over an area. Reed and his colleagues examined rainfall hazards by calculating levels over three-hour and three-day periods.

The team estimated that climate change boosted the most intense three-hourly rainfall rates and accumulated three-day rainfall amounts for tropical storms by, respectively, 10 percent and 5 percent during the 2020 season. When the researchers limited the analysis to storms that reached hurricane strength, they found that climate change increased extreme three-hourly and three-day rainfall by 11 percent and 8 percent, respectively.

“That last part is a really important finding,” Reed says. “It shows that the climate change signal is larger in more intense storms.” These extreme storms have stronger winds that can transport more moisture from the sea surface towards the storm center, where the heaviest rainfall occurs, he says.

[Related: As sea levels rise, where will all the people go?]

The new results are “very reasonable,” says Haiyan Jiang, an atmospheric scientist at Florida International University in Miami who wasn’t involved with the research.

However, it will still be important to verify the estimates by consulting weather records from 2020, says Jiang, who has also analyzed satellite data to determine that global average rainfall from tropical cyclones has increased about 1.3 percent per year in recent decades. “The strong evidence is in the observations,” she says.

The researchers have previously compared hindcasts with observed rainfall levels for individual storms that made landfall, Reed says. “It’s a little harder to capture rainfall over the open ocean, which is in part what we’re including in this analysis,” he says. “But as new satellites and new observational data become available, we will continue to evaluate that.”

“As we project into the future in which we’ll see more and more warming, we can anticipate that these percentages will get larger and larger,” Reed says.