Climate change makes it deadlier to cross the US-Mexico border

Getting across the desert is already dire—and it's likely to become worse in the coming decades. 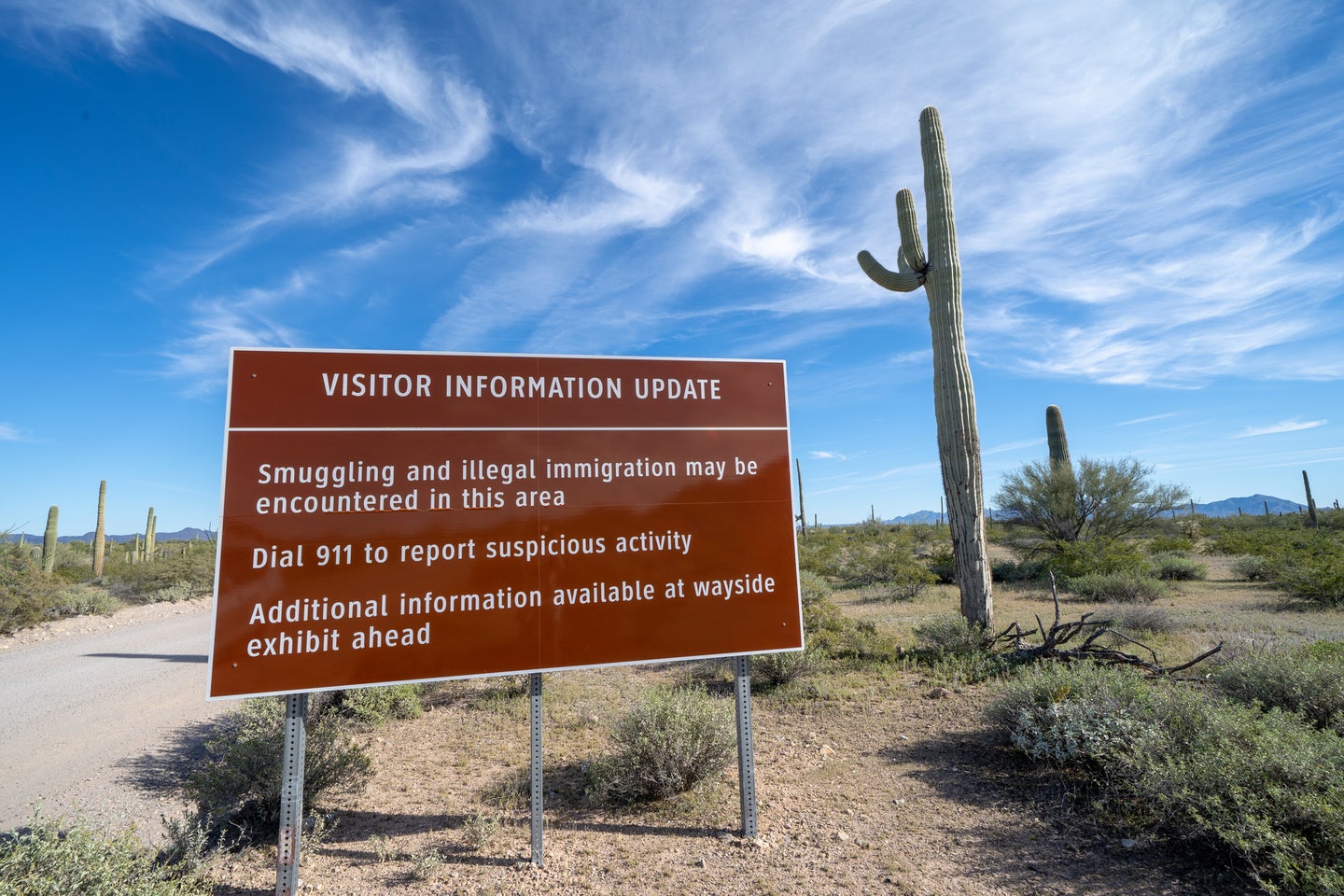 The climate crisis has created what is an estimated millions of climate refugees. In the Americas alone, communities have experienced extreme weather events like Hurricane Maria in 2017 over the Caribbean, Hurricane Eta in 2020 across Central America, and Hurricane Iota over the same area less than a month later.

Combine that with deficient human rights for poor and Indigenous communities across some Latin American countries and consistent drought in Central America, and it means that more people are heading to the US-Mexico border for work opportunities in the states. As of 2021, the Pew Research Center found that migrant encounters with border patrol were at an all time high.

And when those migrants manage to make it to the border, be it in a caravan or with a small group being led by a coyote, they are met with miles of desert. Some volunteer groups, like Humane Borders, attempt to leave water and other necessary supplies for migrants crossing the desert in the Southwest US. But it may not be enough to keep all of the travelers safe and healthy while crossing.

In addition to calculating how the climate crisis is pushing people away from their homes, reseachers have also found that it’s further endangering the migrants who move through the desert to avoid being caught by border patrol. An interdisciplinary team associated with various schools including the University of Idaho and the University of California published a paper in Science this past December that found the climate crisis will make border crossing even more dangerous than it already is because the arid terrain that migrants cross is only going to get hotter and harder to navigate.

“We find that migrants’ journey will become significantly more dangerous over the next 30 years,” said Reena Walker, graduate student in science at the University of Idaho and co-lead author of the study via an Idaho University press release. “By 2050, the already severe costs of traversing the desert will likely increase by over 30 percent.”

Ryan Long, an associate professor at the University of Idaho and senior author of the study, said in a press release that the effects of dehydration while crossing into Arizona’s desert have led to thousands of deaths. Crossing is already deadly due to the long stretches of desert that migrants must cross, making the increase of mortalities in the future daunting to think about. The group of researchers were able to trace the highest rates of death to areas of the Sonoran Desert in Arizona where water loss is more likely to occur.

“Access to sufficient amounts of drinking water to support the high rates of water loss experienced during the journey likely makes the difference between life and death for many migrants,” Long said.

Jason De León, an anthropology professor at UCLA and a co-author of the study, says that the models assumed that migrants walked in a straight line from the border and through the desert “from point A to point B.”  De León, who directs the the Undocumented Migration Project (UMP), a long-term study that looks at border crossing with a combination of ethnographic, archaeological, visual, and forensic approaches, also acknowledges that in real life, migrants often circumnavigate areas to avoid detection, which will only add to the stress on their bodies.

[Related: 4 new myths about climate change—and how to debunk them]

“[Researchers] found that even with the least-cost analysis going from point A to point B in a straight line, it’s still heavy. There’s still a significant amount of trauma that the body experiences—you cannot carry enough water to survive,” De León says. “Yet people miraculously do because they end up finding cattle tank water, they drink their own urine, they push their bodies to the extreme … But a significant amount of people die.”

The irony isn’t lost on De León that the migrants that are being displaced by climate issues from Latin America are the same people struggling to survive exposure and severe dehydration when crossing into America.

“The US needs to take accountability for the migrant deaths that are happening at the US-Mexico border because of our own policies,” he says. “We are one of the primary contributors to global warming.”