How To Use Trees To Prospect For Gold

There's gold in them leaves! 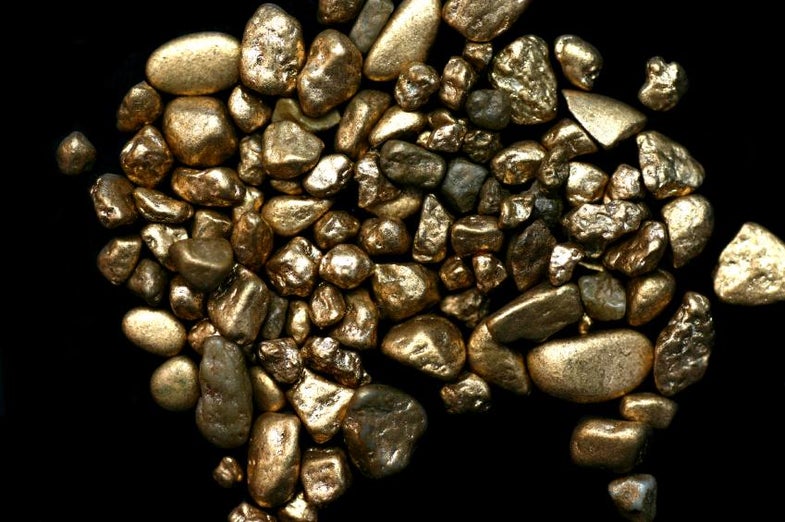 They say money doesn’t grow on trees, but gold and other precious metals can accumulate in plants. Researchers recently discovered relatively high levels of gold in the leaves of a eucalyptus tree in Western Australia, before uncovering a deposit of the metal more than 100 feet beneath it.

“Finding such high concentrations of gold in the foliage of this tree growing over a gold deposit buried beneath 35 meters of weathered rock was a complete surprise,” Melvyn Lintern, a geochemist at Australia’s Commonwealth Scientific and Industrial Research Organisation (CSIRO), told The Scientist.

Perhaps surprisingly, it’s been known for more than a century that plants may accumulate gold and other valuable metals. In 1900, an inventor from Brooklyn named Emil Lungwitz reported that plants can accumulate gold, The Scientist noted. But it never caught on as a prospecting method, in part because it wasn’t clear whether gold found in plants came from viable deposits, or if it ended up there from atmospheric dust.

But the study, published in Nature Communications, determined the gold found in the leaves derived from underground, which is the first time this has been definitively shown in a wild plant (not raised in a lab).

The finding suggests that it could make economic sense to “prospect” for gold with plants, sampling a small amount of leaf matter in trees to find precious metal deposits, according to the study. This method would also be more environmentally friendly than typical prospecting methods, The Scientist reported. And plant matter can also be sampled year-round and in many environments; it’s difficult to dig or drill in some areas during the winter, or in certain soil types.