Cloned ponies (clonies?) are beginning to prove themselves in the field. 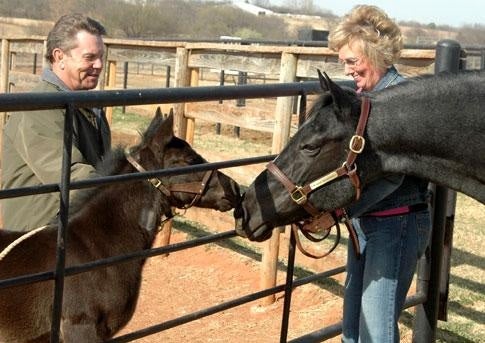 Polo star Adolfo Cambiaso helped his team win the Argentine National Open this weekend, scoring nine goals in the 16-11 match. Two of those he scored atop a horse named Show Me—a clone, and the first to ride onto the Argentine pitch, the Calgary Herald reports.

Breeding top horses has always been big business, and now, with advancements in cloning technology, a handful of firms are offering a more surefire way of reproducing the performance of winning animals. Until recently, horses cloned from polo champions were simply too young to compete. The first cloned polo pony was born in 2010 and ponies don’t usually ride in matches until they’re five years old. With Cambiaso’s team’s win, however, riders and investors now have evidence that the clones themselves can do as well as their originals in a match, Outside magazine reports.

Cloned animals have showed up in a variety of places in the past few years. In 2009, South Korean scientists produced drug-detecting dogs that are clones of a sniffing star. The U.S. Food and Drug Administration ruled in 2008 that meat from cloned animals is safe to eat. Cloned cattle are usually used to breed new cows the old-fashioned way instead of going directly to slaughter, but officials in the U.K. found evidence in 2010 of two cloned cattle ending up in the food chain there. Meanwhile, cloned racehorses aren’t popular because the U.S. Jockey Club, with which horses must register to race in North America, bans cloning.

The success of cloned polo ponies isn’t guaranteed. Cloned horses are only genetically 98 percent alike to their originals, plus training and nutrition play essential roles in forming the final athlete, National Geographic reports.

Nevertheless, many are betting big on polo clones. In January, long before this weekend game, The Economist reported cloning firms were booked solid with requests, in spite of costing ten times as much as simply buying sperm from a winning stallion. Cambiaso himself, who is collaborating with the company Crestview Genetics, wants eventually to be able to play an entire game on clones of his favorite mounts, Outside reports.

You can see him talking about it in the video below. Don’t miss the slo-mo pastoral shots of a herd of cloned ponies grazing in a golden field: