“There Is No Such Thing As Time”

Astrophysicist Adam Frank's new book mixes cosmology with humanity. How does our understanding of the universe and cosmic time inform our daily lives? Especially if time is an illusion? 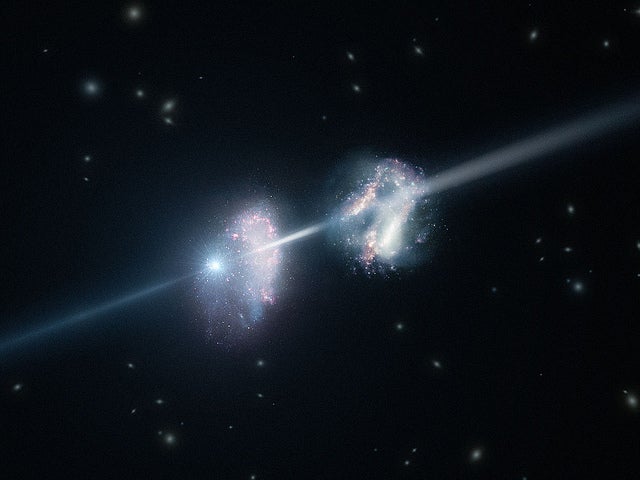 The “rebels” who fight the Big Bang theory are mostly attempting to grapple with the concept of time. They are philosophers as much as cosmologists, unsatisfied with the Big Bang, unimpressed with string theory and unconvinced of the multiverse. Julian Barbour, British physicist, author, and major proponent of the idea of timeless physics, is one of those rebels–so thoroughly a rebel that he has spurned the world of academics.

Julian Barbour’s solution to the problem of time in physics and cosmology is as simply stated as it is radical: there is no such thing as time.

“If you try to get your hands on time, it’s always slipping through your fingers,” says Barbour. “People are sure time is there, but they can’t get hold of it. My feeling is that they can’t get hold of it because it isn’t there at all.” Barbour speaks with a disarming English charm that belies an iron resolve and confidence in his science. His extreme perspective comes from years of looking into the heart of both classical and quantum physics. Isaac Newton thought of time as a river flowing at the same rate everywhere. Einstein changed this picture by unifying space and time into a single 4-D entity. But even Einstein failed to challenge the concept of time as a measure of change. In Barbour’s view, the question must be turned on its head. It is change that provides the illusion of time. Channeling the ghost of Parmenides, Barbour sees each individual moment as a whole, complete and existing in its own right. He calls these moments “Nows.”

“As we live, we seem to move through a succession of Nows,” says Barbour, “and the question is, what are they?” For Barbour each Now is an arrangement of everything in the universe. “We have the strong impression that things have definite positions relative to each other. I aim to abstract away everything we cannot see (directly or indirectly) and simply keep this idea of many different things coexisting at once. There are simply the Nows, nothing more, nothing less.”

Barbour’s Nows can be imagined as pages of a novel ripped from the book’s spine and tossed randomly onto the floor. Each page is a separate entity existing without time, existing outside of time. Arranging the pages in some special order and moving through them in a step-by-step fashion makes a story unfold. Still, no matter how we arrange the sheets, each page is complete and independent. As Barbour says, “The cat that jumps is not the same cat that lands.” The physics of reality for Barbour is the physics of these Nows taken together as a whole. There is no past moment that flows into a future moment. Instead all the different possible configurations of the universe, every possible location of every atom throughout all of creation, exist simultaneously. Barbour’s Nows all exist at once in a vast Platonic realm that stands completely and absolutely without time.

“What really intrigues me,” says Barbour, “is that the totality of all possible Nows has a very special structure. You can think of it as a landscape or country. Each point in this country is a Now and I call the country Platonia, because it is timeless and created by perfect mathematical
rules.” The question of “before” the Big Bang never arises for Barbour because his cosmology has no time. All that exists is a landscape of configurations, the landscape of Nows. “Platonia is the true arena of the universe,” he says, “and its structure has a deep influence on whatever
physics, classical or quantum, is played out in it.” For Barbour, the Big Bang is not an explosion in the distant past. It’s just a special place in Platonia, his terrain of independent Nows. 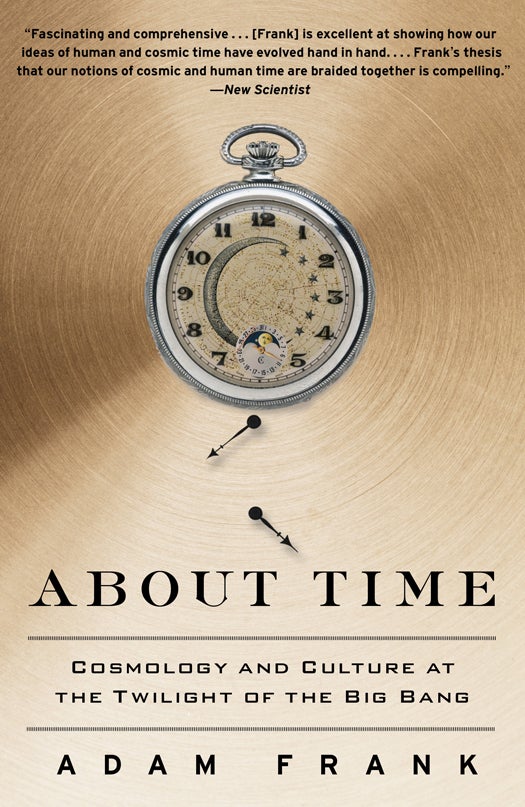 Our illusion of the past arises because each Now in Platonia contains objects that appear as “records” in Barbour’s language. “The only evidence you have of last week is your memory. But memory comes from a stable structure of neurons in your brain now. The only evidence we have of the Earth’s past is rocks and fossils. But these are just stable structures in the form of an arrangement of minerals we examine in the present. The point is, all we have are these records and you only have them in this Now.” Barbour’s theory explains the existence of these records through relationships between the Nows in Platonia. Some Nows are linked to others in Platonia’s landscape even though they all exist simultaneously. Those links give the appearance of records lining up in sequence from past to future. In spite of that appearance, the actual flow of time from one Now to another is nowhere to be found.

Past and future, beginning and end have simply disappeared in Barbour’s physics. And make no mistake about it, Barbour is doing physics. “I know the idea is shocking,” he says, “but we can use it to make predictions and describe the world.” With his collaborators, Barbour has published a series of papers demonstrating how relativity and quantum mechanics naturally emerge from the physics of Platonia.

Barbour’s perfect timeless arrangement of Nows into the landscape of Platonia is the most radical of all solutions to the conundrum of Before. But his audacity reveals an alternative route from this strange moment in science’s history. In an era in which the search for quantum gravity has multiplied dimensions and the discovery of dark energy has sent cosmologists back to their blackboards, all the fundamentals seem up for grabs. Barbour is willing to step back even further and offer “no time” as a more basic answer to the question “What is time?”

This is an excerpt from Adam Frank’s book About Time: Cosmology and Culture at the Twilight of the Big Bang_, newly available in paperback. It’s from a chapter titled “The End of Beginnings and the End of Time,” discussing radical alternatives to the Big Bang._