Blood Delivery Drones Will Be Tested At Sea

From ship to shore and back to ship 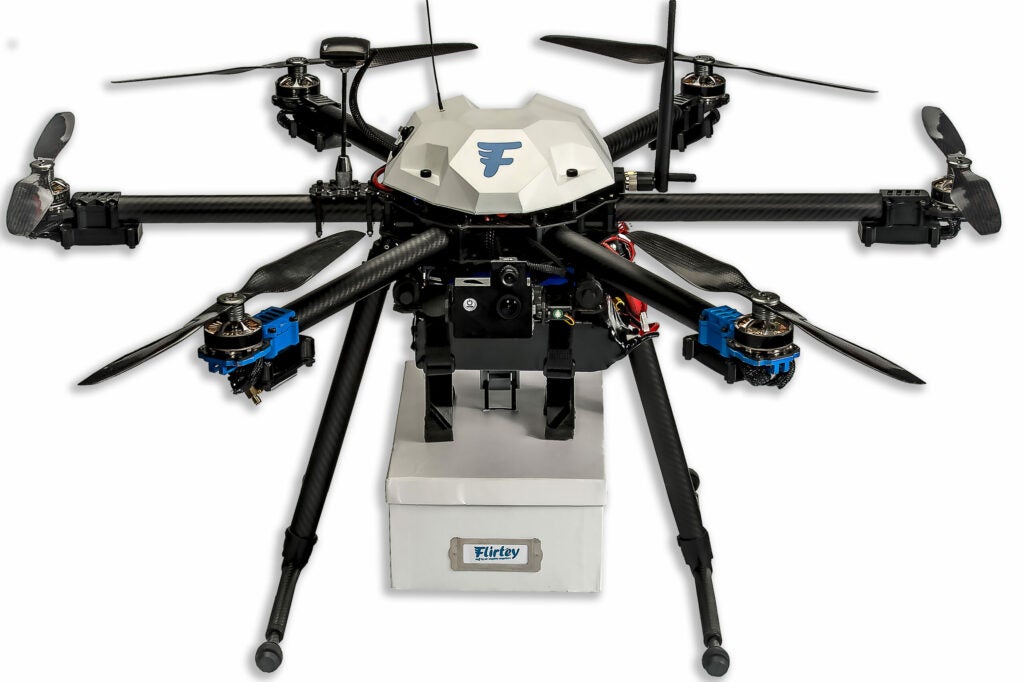 From ship to shore to ship.

A vial of blood is small, fragile, and vital. In the days and weeks following an earthquake, or in the early stages of an epidemic, a sample of blood, properly tested, can save lives. That of the patient and, if a disease is noticed and handled before it spreads, that of many others. It’s getting that blood, and then testing it, that’s the main hurdle. Drones, from ship to shore and then shore back to ship, may be the answer. Later this month, drone delivery service Flirtey, in collaboration with Johns Hopkins University School of Medicine pathologist Dr. Timothy Amukele, plans to test ship-to-shore drone delivery in Cape May, New Jersey, on June 23rd.

“Speed is everything,” Amukele told Popular Science by phone. Getting a blood sample from a patient to a testing facility in Liberia during the 2014 Ebola outbreak took days, especially when it started spreading in rural areas beyond the reach of roads. Drones flying from a “designated testing ship could have been a lifesaver,” Amukele said, making sure the claim had appropriate caveats about obtaining the samples and providing adequate responsive care.

Give this machine blood.

The samples would have to be collected by people with training, though Amukele went on to note that it could be people with “relatively low training,” like professional first responders. Then there’s getting the blood to the ship. Amukele’s already tested blood delivery by drone, so the basics are in place, and the samples are packaged according to bio transport standards, making the risk of disease transmission through transport mishap likely on par with that of other means of transporting blood.

Many navies already have ships with the necessary testing facilities on board, and in countries that are easily accessible by coast, getting the blood from shore to ship by drone would make disease monitoring much easier. This is especially true for settings like in Haiti, which suffered a massive earthquake in 2010 (the death toll of which is still in dispute), and concurrently suffered a major cholera outbreak. Drones carrying blood samples would provide a way to catch and monitor diseases independent of any infrastructure (or lack thereof) in a country, provided the samples could get within a few miles of the cost.

Flirtey, the drone partner, successfully demonstrated an autonomous delivery in a small urban setting last year. Their hexacopters carry 5.5 pounds of cargo, travel at about 30 mph, and do so with 3D printed carbon fiber parts. The all-electric drones can fly 10 miles round trip, reaching about 5 miles inland before having to return. The drones fly autonomously to GPS coordinate waypoints, with a human monitoring the whole time. Presently, Flirtey works with one or two people per drone, though in the future they envision one person monitoring multiple drones at a time.

Flirtey CEO Matt Sweeney is quick to note that Flirtey isn’t selling the drones themselves, but “drones as a service.” For disaster relief, he envisions Flirtey working with other organizations to do the deliveries. In that spirit, the demonstration at Cape May is hosted by Field Innovation Team, a nonprofit focused on disaster readiness. Five UN agencies will also be present, including the Office for the Coordination of Humanitarian Assistance. (The others are the UN Office of Information and Communications Technology, United Nations Development Programme, United Nations Population Fund, and the United Nations Children’s Emergency Fund).

After the demonstration, Sweeney hopes to prove that disaster relief is a capacity Flirtey already has, that can be ready in months or at most a couple years.

“My more scientific side says this is only the first test” Amukele said, adding a note of caution in the midst of his excitement for the project. 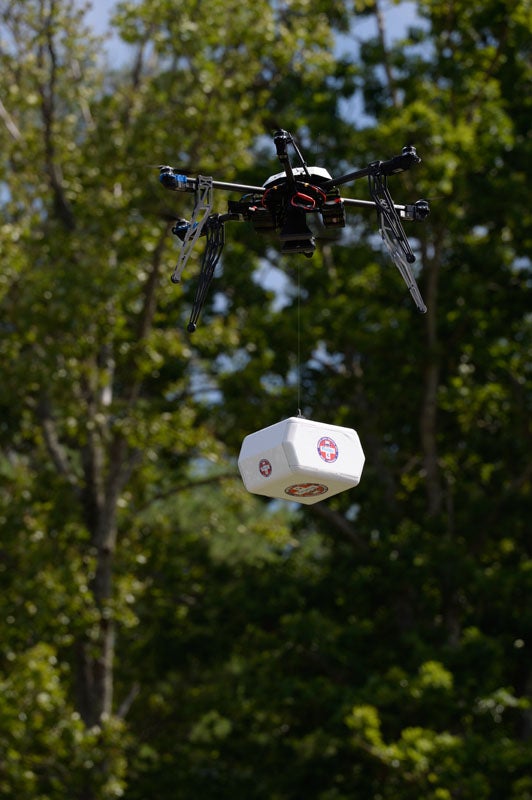