What Would An E. Coli Do If It Were Much, Much Bigger? 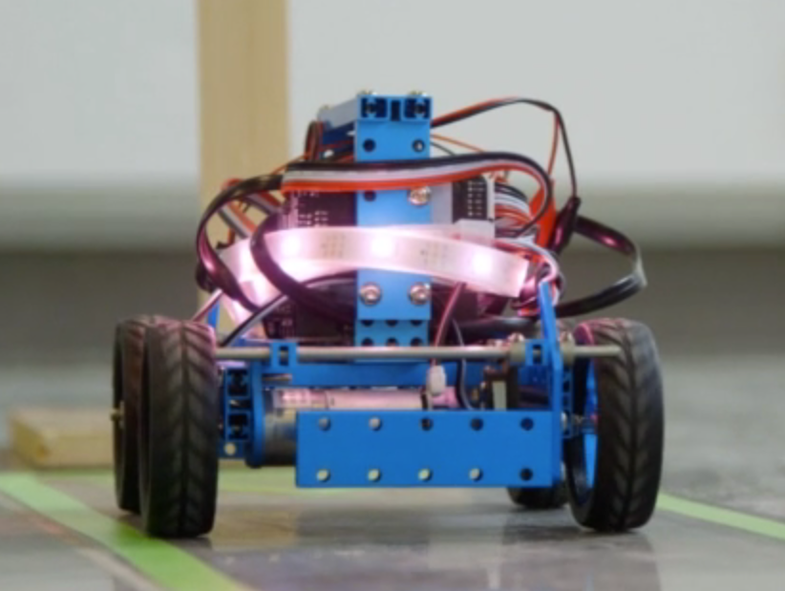 The colonies of bacteria living on your body do more than help you digest food. According to models created by researchers from Virginia Tech, bacteria could control an inanimate host like a robot.

“Basically we were trying to find out from the mathematical model if we could build a living microbiome on a nonliving host and control the host through the microbiome,” said Warren Ruder, a professor of biological systems engineering at Virginia Tech and one of the study authors in a press release. “We found that robots may indeed be able to have a working brain.”

The study, published yesterday in Scientific Reports, is built on several mathematical models. In the first, a computer simulates a community of E. coli bacteria with different sets of genes, engineered to glow either red or green depending on what they ate. The model predicted how the bacteria would communicate with one another, and that information was transmitted to a (theoretical) robot, equipped with sensors and a miniature microscope. The pigment and and the intensity of the color controlled the robot’s movements.

The researchers used these various models to test how a robot would move. They had anticipated some of the movements, like those that were straightforward and directed toward a food source. But when they gave the robot the ability to communicate back to the bacteria, they saw movements that surprised them, like when the robot approached food, paused, the sped quickly on its final approach—a classic predatory behavior, the authors note.

This work shows that bacteria can, in fact, control robots, which could lead to robots that could clean up oil spills. But it also offers a better understanding of humans’ relationship to their microbiome, which could help researchers develop new medicines that use bacteria to treat physical or mental conditions.