Who Are The Casualties Of America’s Drone Strikes? [Infographic]

More than 3,000 people in Pakistan have been killed by drone strikes. Were they enemies? That's where it gets tricky. 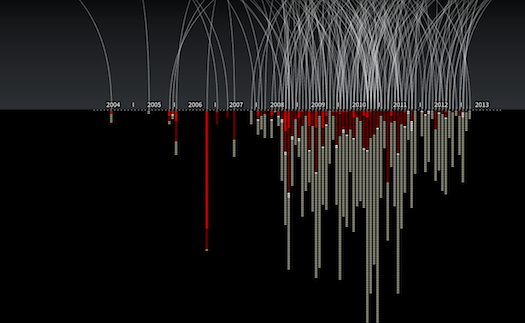 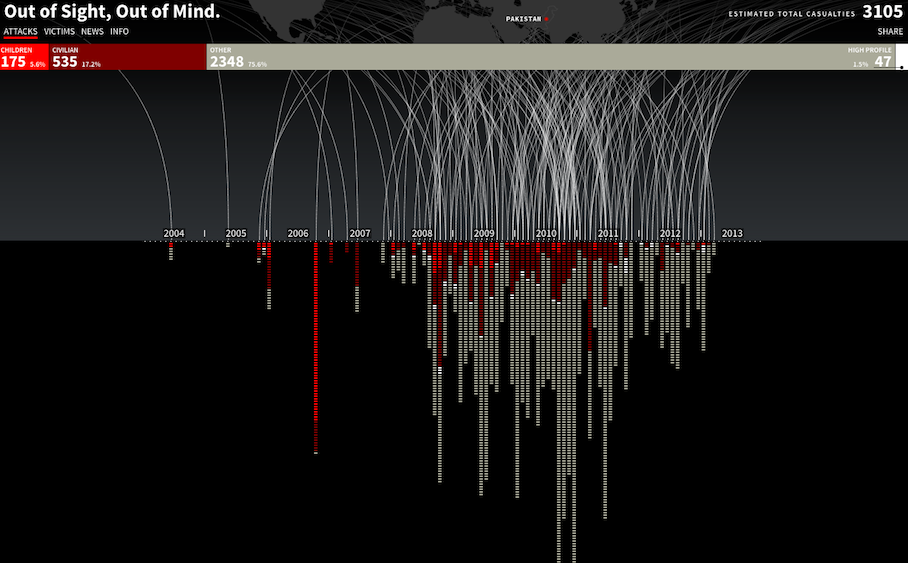 Out Of Sight, Out Of Mind

The United States has killed more than 3,000 people in Pakistan with drone strikes. Breaking down who died and when into a clear and useful way can be tricky. Pitch Interactive, which has worked with Popular Science in the past, and its latest on drone casualties provides a straightforward look at a relatively murky war. At least, as clear a portrait as one can get from a contested area with biased witnesses, reporters, and governments all trying to shape the debate.

By email, I asked Wesley Grubbs of Pitch Interactive about the data.

Popular Science: Victims are categorized as children, civilians, “high-profile,” and “other.” Did you consider breaking up the “other,” and if so, was that a problem of unclear information? Or was it something else, like wanting to avoid assuming a clear answer when the data isn’t so much unclear as politically contested?

Grubbs:The “Other” category is really a very grey zone. The Obama administration would call these people “military combatants” because they are of-age males. However, many people in this category are actually civilians. It’s just that many of the bodies are beyond recognition or there are conflicting reports on the ground about who they are. It’s never clear exactly who they are or what threat they pose. The high-profile targets, however, are the people who [we] know have direct affiliations with the Taliban or Al Qaeda. However, say a military combatant’s house was hit and his neighbor’s house was also hit in the strike, the neighbor would be automatically termed as a military combatant if he was male. Because of this, we did not want to call these people military combatant and there is not enough data to break these men out further.

Popular Science:More than 75 percent of the victims fall into the “other” category. That means you’re working with a data set three-fourths of which is unclear. Is it challenging to make a visualization for something so unknown?

Grubbs: It’s not necessarily unclear. People simply call them something different. …Our goal was to help bring light to this uncertainty. These are people who are accused of being something without any representation before they are eliminated. Is this something we want to support? And if they are military combatants, are they even a threat to America? The CIA is not disclosing any information to support their decisions in who to target and this is something people should understand.

The visualization does an excellent job conveying the sheer scale of collateral damage from strikes used to kill only a few high-value targets, and uses information on those high-value targets from the reputable New America Foundation. The real challenge of covering and analyzing the United States’ drone war over Pakistan is getting the sourcing right, and disentangling fact from a series of disparate interests trying to manipulate truth, as Christine Fair, a Georgetown professor who has long questioned Pakistan’s official account of the drone war, suggests.

Some skepticism over any answer claiming to be conclusive about drone strikes is warranted. That healthy skepticism of sources shouldn’t detract from the simple utility of Pitch Interactive’s visualization. Instead, for me at least, it prompted another late night at home checking facts.