An Underwater Drone For The Everyday Cousteau 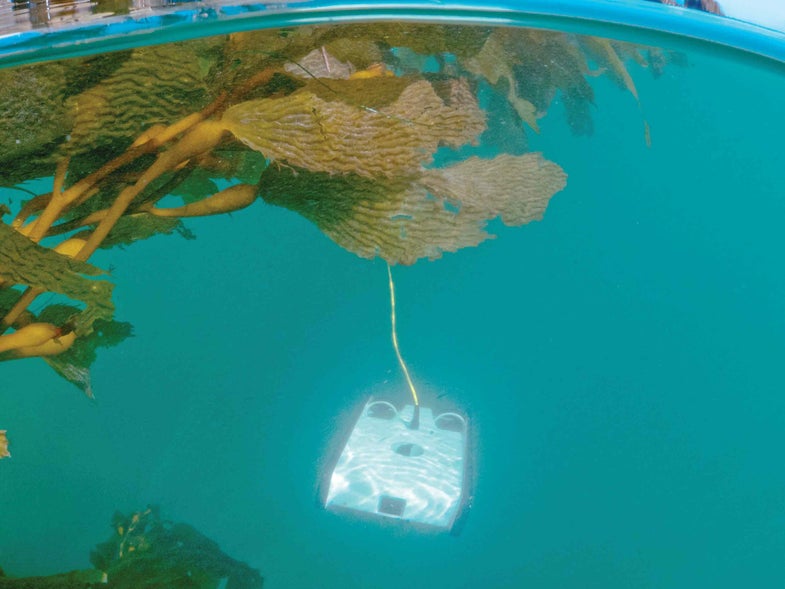 Four years ago, Eric Stackpole and David Lang were on a quest for treasure: They wanted to build a cheap remotely operated vehicle (ROV) and explore an underwater cave rumored to contain gold. For help, they turned to like-minded enthusiasts online. An open-source community quickly formed to contribute to the ROV’s design.

The treasure proved elusive, but Stackpole and Lang still found success: They discovered a market for affordable, collaborative underwater exploration. The pair decided to produce a kit that would make such exploration “accessible to everyone,” Lang says. So far, thousands of people have used it to do things like observe melon-headed whales and discover biofluorescence in a clam species. Now their company, OpenROV, has built a new vehicle called Trident—a drone that works right out of the box.

Thousands of people in their online community helped OpenROV develop Trident’s new features: a dive depth of 100 meters, a three-thruster design that allows for delicate maneuvers, and a sleek profile that provides steadier, faster movement. This enables Trident to perform transects, which is when it semi-autonomously travels in long parallel lines to capture the topography of a seabed or lake bed. Users will also be able to modify their drones with extra tools, such as special lighting systems and water samplers.

Not to mention, the inventors say, Trident is fun to control. “Normal ROVs feel much slower and heavier,” Lang says. Steering Trident is “almost like flying a jet fighter,” Stackpole adds. “When you get down there and start looking around, it’s addictive.” OpenROV plans to start shipping the drone in November.