Don’t Call It A Comeback: Spyker Preliator Debuts In Geneva 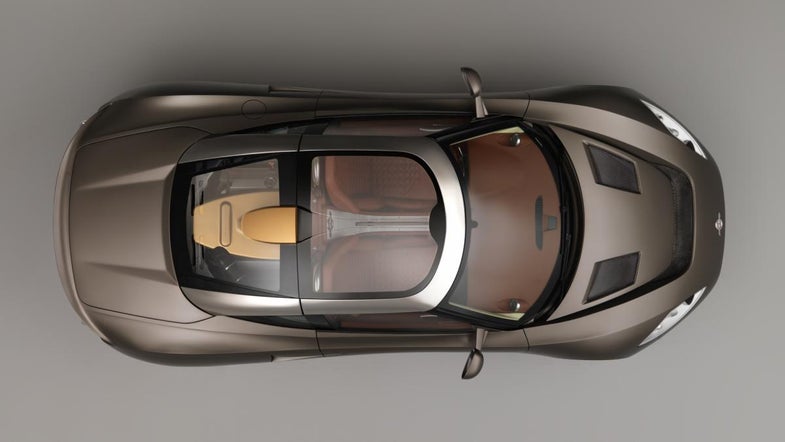 Spyker’s motto is Nulla tenacia invia est via, or “For the tenacious, no road is impassable.” It’s a motto the Dutch supercar company must really take to heart, because after several years of financial troubles, it’s back with a new model at the 2016 Geneva International Motor Show.

The Spyker C8 Preliator shares quite a bit with its predecessor, the C8 Aileron, including an aircraft-inspired design language and a 4.2-liter V8 engine sourced from Audi. But this time, Spyker has added a supercharger, which means the max speed is a hair over 200 mph and the 0-60 mph time is well under 4 seconds.

At the same time that Spyker struggled for financial survival, it was also creating the Preliator (or “warrior” in Latin). During those years, automobiles became driveable accessories for our smartphones, and small-batch, handmade, and bespoke supercars were no longer enough. In addition to custom-dyed leather and Chronoswiss dials, people wanted Bluetooth. Of course the Preliator has Bluetooth connectivity, and it will play nice with your iPhone. The sound system has been upgraded, and a heads-up display with navigation is standard.

For fans of the old-school charm of Spyker cars, there’s still plenty of that in the Preliator. The dash is still machined aluminum, and the rows of satisfying toggle switches are in place. The stick shift for the manual 6-speed Getrag transmission is on an exposed rail that runs down the center of the car. (You can get an automatic ZF transmission, but why?) And while the cockpit still feels like an airplane, it is roomier than the C8 Aileron’s, which was pretty tight.

It’s easy to offer leather to match your favorite pants and an HUD in every car when you’re only going to make 50 of them, though. That’s the production number Spyker has set for the Preliator. It’s also easy when the starting price is around $350,000, depending on the exchange rate, since Spyker operates on the Euro. Now it remains to be seen if the Preliator is the fighter that brings Spyker all the way back from the edge of ruin.