Lockheed Skunkworks Eyes A New U-2

Will it find what America is looking for? 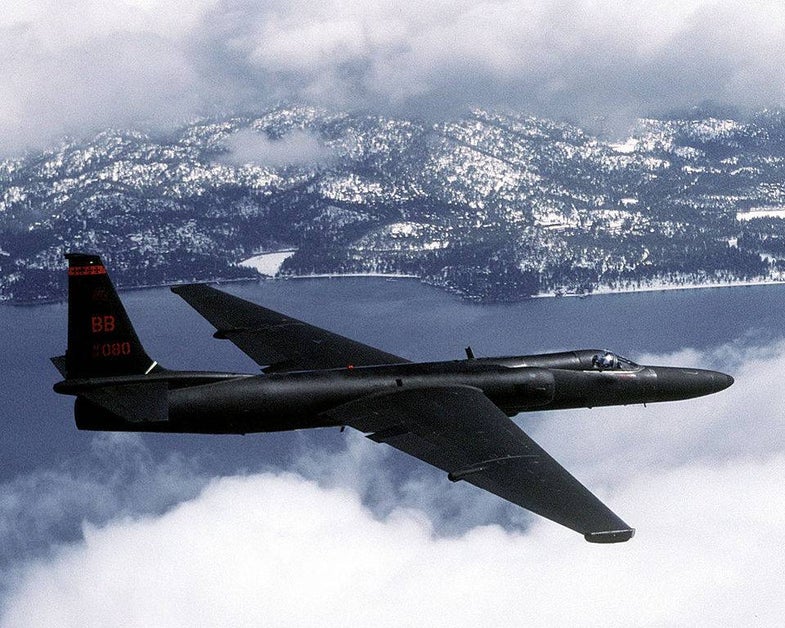 Lockheed Martin’s U-2 spy plane is perhaps the most successful surveillance aircraft ever built. First flown on August 4th, 1955, the covert high-flyer has remained in service for 60 years. It starred in a couple of major Cold War crises. In 1960, a U-2 pilot was shot down over the Soviet Union, and its pilot captured. In 1962, U-2 surveillance photography recorded Soviet missiles in Cuba, and another American U-2 pilot was shot down, this time fatally. Despite a tumultuous first decade, the plane has endured in the reconnaissance arsenal of the United States, even recently competing with the unmanned Global Hawk for missions. Now, it appears, Lockheed Martin is looking for a successor to the venerable spy plane. A new U-2, if you will.

The Air Force is set to retire the U-2 fleet in 2019, but a new version of the plane may still fit military needs. To make the next generation of the plane competitive, Lockheed wants to give it a stealthier body and a longer flight time. As much as anything is standard in next-generation surveillance, it’s those features. While previous speculation around the U-2 upgrades focused on making it unmanned or optionally manned, having a person inside the plane might lend it importance and significance lacking in an unmanned plane. Flight Global reports:

Here, not just the merits of the plane itself but the long-standing history of the aircraft may make having a human pilot onboard a meaningful consideration for the future. In an era where airplanes are often sold on their technical merits, it’s a weird line between sentimental and callous when a pilot is seen as a payload choice, selected for mission impact.