Watch This Jetpack Do Strange Things Near Ellis Island

The culmination of decades of development 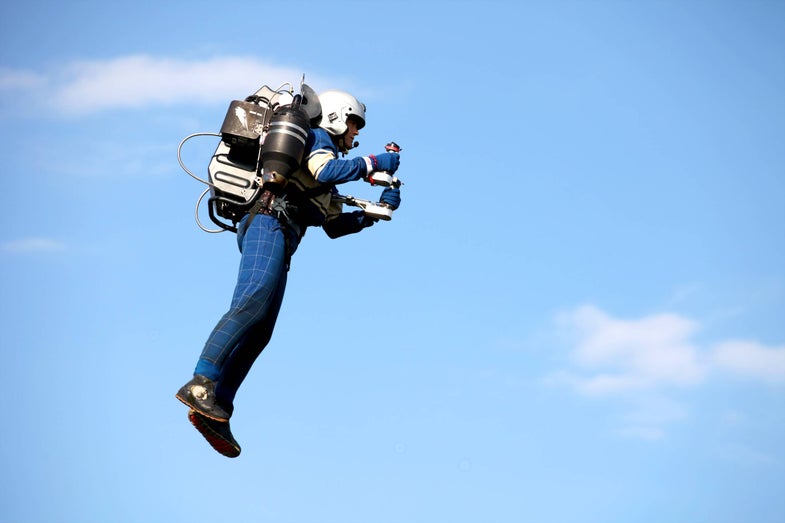 Most jetpacks aren’t. The catchy term for personal flying devices includes ducted fans, rockets, engine-powered wing suits, and even hovercraft, but rarely does the device involved actually use jets. Perhaps aware of this incredibly misnamed category, jetpack makers Jetpack Aviation bill their JB-9 device as the “world’s only jetpack.” Here’s what it looks like skirting the Statue of Liberty:

At their site, they describe themselves as Jetpack Purists, noting:

The company claims that the JB-9 offers a 10 minute endurance, a top speed over 10 0mph, and a maximum altitude of over 10,000 feet. The device also supposedly has its heritage from a long line of “jet belts,” first built in the late 1960s and early 1970s. Here’s a rocket belt tested for Popular Science in the 2000s:

The team of David Mayman and Nelson Tyler say that between them, they have 70 years of experience in jetpack design. After this design, they want to work on a four engine design, a virtual reality simulator to train jetpack pilots, and an automatically deploying parachute.

Watch it buzz Ellis Island below: