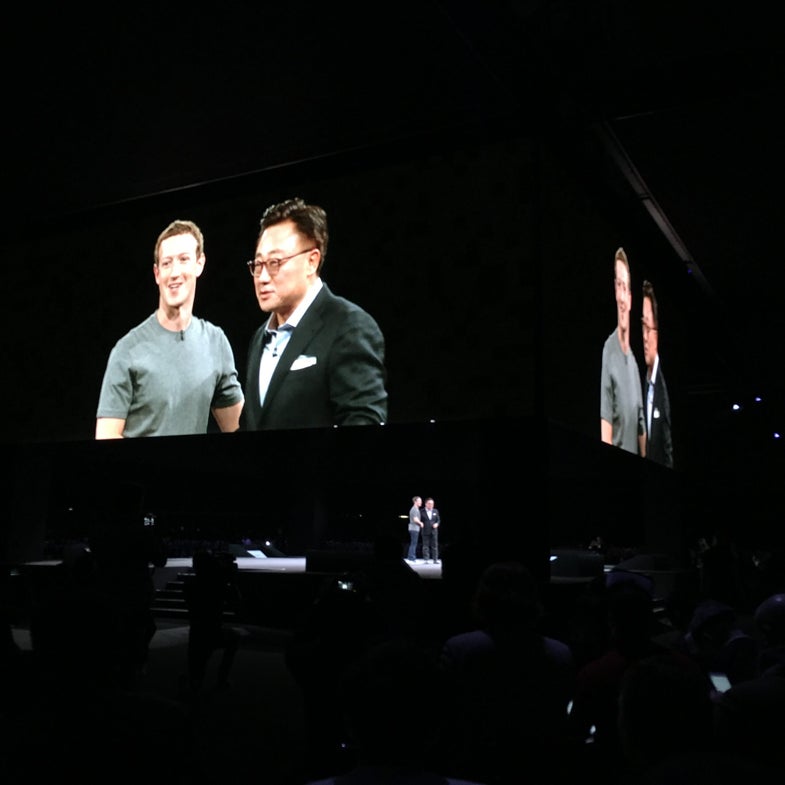 Founder of Facebook and recent mega-philanthropist Mark Zuckerberg made a surprise appearance at Samsung’s Unpacked event, held earlier today at the Mobile World Congress (MWC) tech show in Barcelona, Spain. Days before his own keynote, the leader of the biggest social network in the world took to the stage to describe how Facebook is affecting VR, and how Samsung’s Gear VR headset will benefit from it.

To everyone’s disappointment, Mark’s signature blue hoodie was not in attendance.

For the uninitiated, Samsung’s Gear VR headset is based off of the same tech as the Oculus Rift virtual reality headset. Facebook acquired Oculus back in 2014 for $2 billion.

Zuckerberg’s unannounced appearance hammered home the importance of virtual reality to the social experience. Zuck was proud to tout Facebook as one of the first social networks to support 360-degree video and how products like the upcoming consumer edition Oculus Rift and Gear VR are some of the best ways to consume that content. 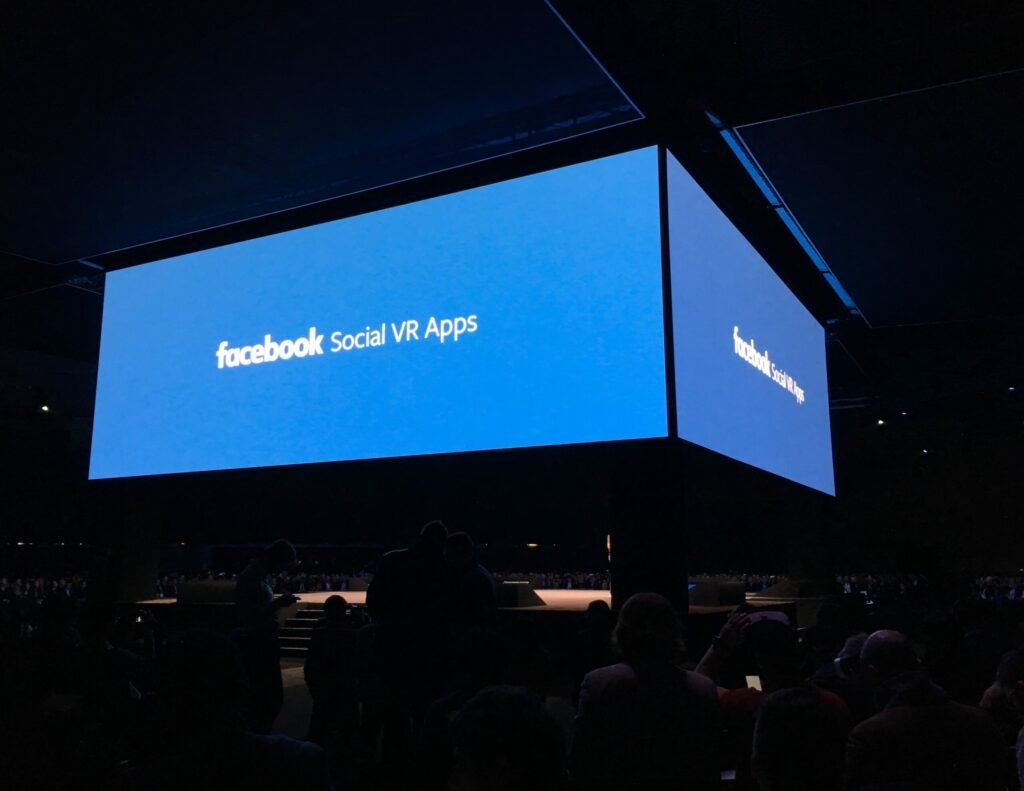 Facebook is ready to double down on social apps

The billionaire also announced plans of a closer relationship with Samsung in the future. While he didn’t go into details, Zuckerberg hinted at the arrival of “social VR apps” that would expand Samsung’s existing list of VR applications. That’s notable also because of recent reports that Google plans to launch its own high-end virtual reality headset (this would be separate from the already-available Google Cardboard), and Google’s YouTube platform is a rival to Facebook’s when it comes to hosting both traditional video and 360-degree video.

With Mark Zuckerberg’s own MWC 2016 talk coming up on Monday, there could be even more in store for Facebook and virtual reality. Let’s hope the CEO is able to make his real world press conference as exciting as Samsung’s “virtual world” presentation today.