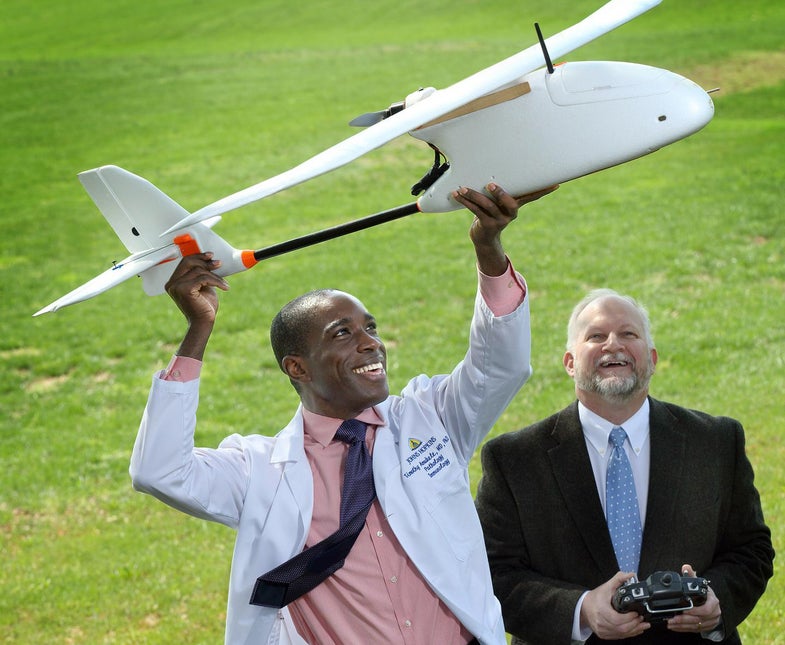 Would you trust a drone with your blood? A new study by Johns Hopkins shows that, at least for testing purposes, a small drone can safely transport a small amount of blood without damaging it. The study was a proof of concept, with perhaps the secondary goal of getting “blood” and “drone” into a headline together. It’s also potential good news for patients who need medical care in rural areas, as safely transporting blood through the sky spares the dangers or delays due to impassable roads.

The study was done as a collaboration between Johns Hopkins and Uganda’s Makerere University, and headed by Johns Hopkins pathologist Timothy Amukele. Blood can be damaged in transport, but the drone flight didn’t appear to harm it. From the release about the study:

To test the impact of travel in a drone on the blood, the researchers took over 300 samples of blood (six each from 56 volunteers), and drove them to a site an hour away. Then half the blood samples were packaged for drone flights, and flown in the air between six and 38 minutes in a hand-tossed drone. After their flights the samples were unloaded, then all the samples–including the ones that didn’t take a trip in the drone–were driven back to the hospital for testing, where they were tested normally. No meaningful differences were found between flown and unflown samples.

With the proof of concept done, future research could test the idea in rural areas, where drones could deliver medicine to testing centers far away, and more quickly than by car or on foot.