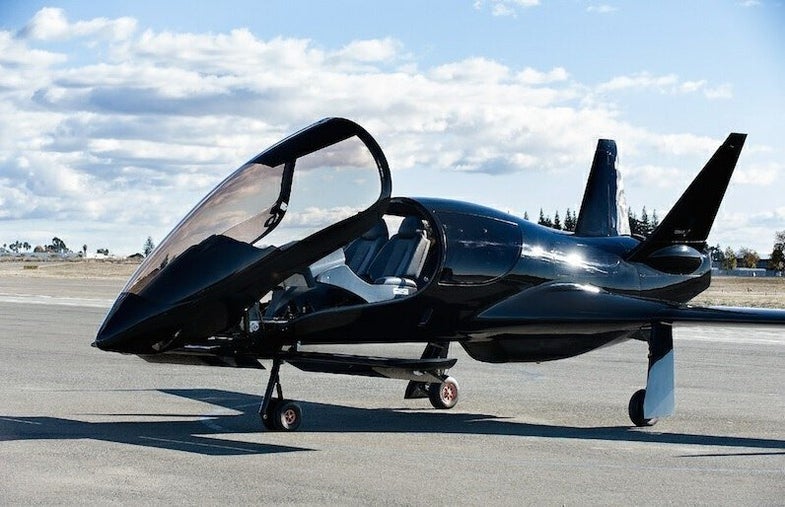 Modern airplanes typically don’t come cheap. The military’s F-35, for example, comes in at around $100 million apiece, using low estimates. But even civilian planes, like Learjets, range from $20 million new to $2.5 million used. New personal airplane startup Cobalt wants to undercut the whole market, and look good doing it. Their Co50 Valkyrie has sleek lines that scream “future”, and it’ll only set early bird pilots back a mere $610,000.

The San Francisco-based company has been developing the plane for the better part of a decade. It has a pusher-propeller in the back, a short set of canard-wings in the front, and can seat a family of five plus luggage. Oh, and it also goes a top speed of 300mph. With just a pilot, its makers claim it can fly 1,600 miles, but even with a full load of people and luggage its range should be around 500 miles. The canopy is extensive, creating a large bubble cockpit for sightseers and pilot visibility.

After the launch, Cobalt expects their plane will sell for $675,000.

A short clip below: