Cargo containers are as universal as trade itself, finding their way onto trucks, freight trains, and ocean-going vessels. Their uniform, boxy shape and sharp edges make them instantly stackable, but not terribly aerodynamic. For transport by air, that usually means fitting square pegs into round planes. A new plane design by Boeing, granted a patent this week, could change that. Instead of slotting cargo containers into a round tube, the Boeing plane would line them up longwise in a neat row, then lower its aerodynamic body on top. Here’s what that looks like: 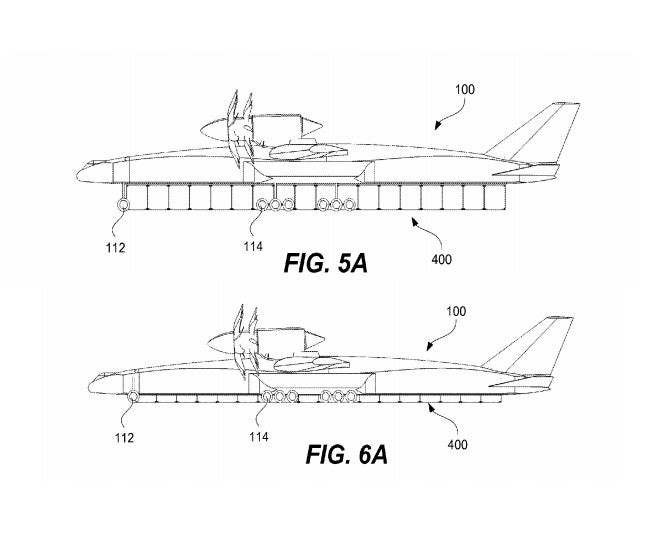 The plane as sketched out is largely empty body, with four power prop engines mounted on top of the wings. Its body looks like nothing so much as a giant pink eraser, with a little bubble of a cockpit added to the front. The plane’s landing gear are spaced wide enough apart that it can simply roll over its cargo containers before lowering down onto them.

Boeing imagines the plane at operating at altitudes less than 18,000 feet, so that the cargo doesn’t need to be pressurized. Boeing envisions such a plane as an alternative to the slow but cost-efficient shipment of low-priority bulk cargo on boats, trains, and trucks, and the light loads of fast but expensive cargo aircraft shipments. By flying shipping containers, a plane like this could deliver large quantities very quickly, where previously price made that impossible.

Check out the full patent here.