Infographic: A Timeline Of The Present And Future Of Electric Flight 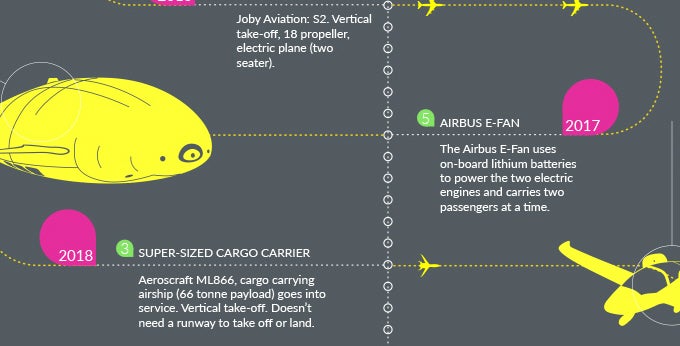 August 19th is National Aviation Day, established in 1939 to honor the birthday of Orville Wright, the first man to fly in the air. That first airplane ran on a small piston engine. Seventy years later, the battery-powered Militky MB-E1 carried humans in the first all-electric flight. Since then, the promise of electric airplanes has only expanded as battery power improves. There are fascinating concepts, like the far-flung and fantastical Progress Eagle or Russia’a proposed PAK TA hybrid-electric cargo carrier. And there are real electric aviation records still made this year, like “first all-electric-powered plane to cross the English channel,” set this July. The long infographic below, first published as an advertisement feature on BBC.com was created by the BBC Advertising Commercial Production team in partnership with Dassault Systèmes. It looks at the past, present, and future of electric aircraft.