Mastering the full-spectrum battlefield of the future, today 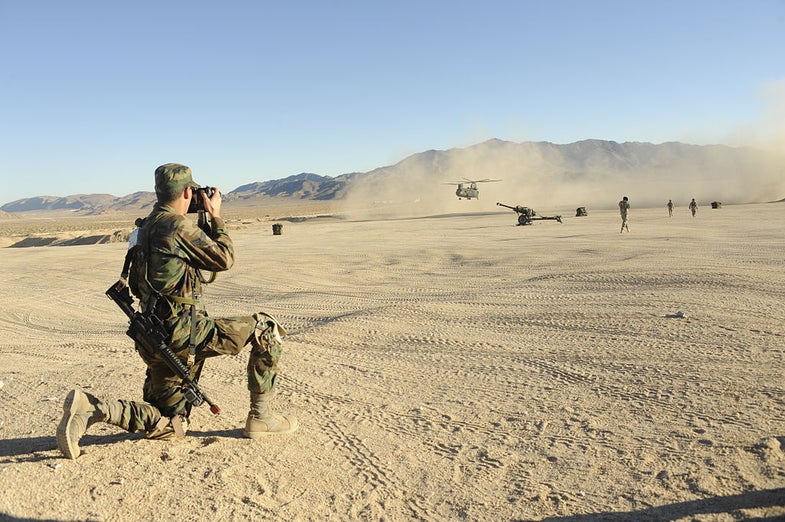 Despite headlines claiming otherwise, cyberwar is not epitomized by stealing Twitter passwords or publishing confidential emails. For militaries fighting wars in the future, the real cyber danger will be hostile access to secure networks, jammed signals, and fooled sensors on war machines manned and unmanned. To better understand how these attacks will play out, the Air Force Research Laboratory is soliciting papers for creating and then overcoming a virtual hostile sky.

The technical term for a space like this is a “controllable contested environment.” Essentially, the Air Force doesn’t know, exactly, what it’s like to fly in a sky that’s as unfriendly as possible, with an adversary actively working to blind, disable, or otherwise confuse the sensors and communications vital for modern aircraft. The Air Force wants to figure out this dangerous environment safely, in the controlled sky above their 300-acre upstate New York Stockbridge facility. From the solicitation, here’s what the Air Force wants to test:

“Contested, degraded, and operationally limited” here is Pentagonese for ‘difficult to be in, because the enemy is actively making it dangerous.’ It’s a weird aspect of modern war, but most often, the kind of hostility launched at American aircraft comes not from enemy planes (insurgents tend not to have air forces) but from ground-fired missiles. It’s one thing to fight missiles, but it is a bigger, different challenge to fight enemies that can use missiles and jam signals and hack into control networks.

Together, this layered defense is known as “anti-access area denial,” commonly abbreviated by the Department of Defense as A2/AD. The concept is as old as war itself, that of using multiple weapons designed to keep the hostile military out. This includes traditional weapons like cruise missiles, fighter planes, underwater explosives, and submarines — as well as new weapons, like jamming electronic communications and cyber attacks. Figuring out just what weapons America has that can overcome these defenses is a big planning issue for the Pentagon right now, with the Air Force, Navy, and Army all working on it.

Creating a special battlefield to test attacks and hostile skies is part of how the Air Force plans to adapt to the future. To that end, the government will pay up to $9.9 million over four years for white papers that will make this mock cyber battlefield work. And they started the search just last week. In the battlefields of the future, jamming a drone’s communications might be just as useful as shooting it down.