Ethanol is renewable, but that doesn’t mean it’s good for us

Trump's ethanol plan would be good for farmers, terrible for your lungs. 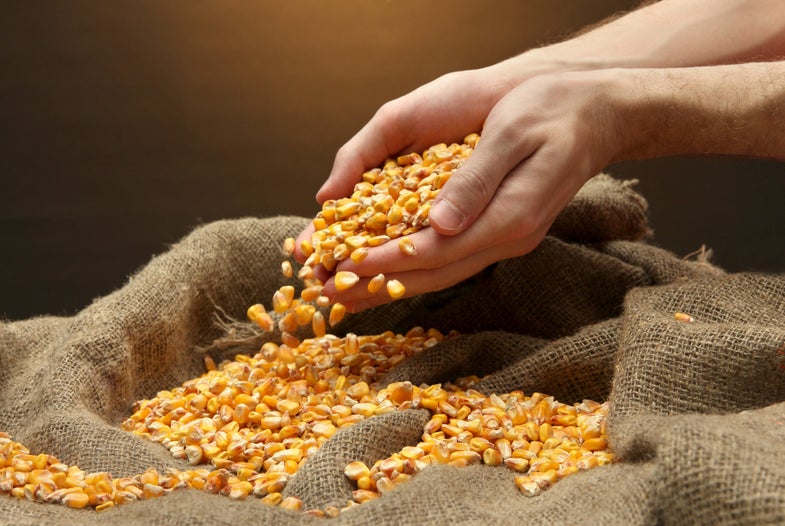 The Trump administration wants to increase the amount of ethanol in gasoline, a move that could assuage farmers hit by tariffs on soybeans resulting from the President’s trade war with China, but add to summertime smog from cars.

In a nod to the Corn Belt, President Trump told crowds Tuesday evening that he has directed the Environmental Protection Agency to make a rule allowing year-round sales of gasoline containing up to 15 percent ethanol, or E15.

Ethanol, a grain-based alcohol, is controversial among renewable fuel advocates, farmers, environmentalists, and petroleum groups. While ethanol fermented and distilled from corn is considered a renewable fuel because corn growth, which removes carbon dioxide from the air during photosynthesis, offsets carbon dioxide emitted during combustion, its production also takes a sizable toll on the environment. And while ethanol contains only two-thirds the energy of pure gasoline when burned, ethanol use in gasoline is subsidized by the government, to the dismay of oil producers.

The plan is to accelerate the rule-making process, which will include a public comment period, so that E15 blends can be sold at gas stations as early as next summer, according to reporting from the New York Times. Most of the gas we buy does not contain more than 10 percent ethanol, also known as E10. While all cars can run on E10, only specially designed vehicles and passenger cars that are model year 2001 or newer can use E15.

President Trump made the announcement as part of a campaign event in Council Bluffs, Iowa stumping for Republican candidates after Iowa Senator Chuck Grassley pushed the President’s Supreme Court pick Brett Kavanaugh through the confirmation process. Iowa leads the 50 states in ethanol production capability at about 4 billion gallons of ethanol per year, according to data from the U.S. Department of Agriculture Economic Research Service.

The Clean Air Act currently prohibits sales of E15 in the summer since E15 produces more volatile emissions that go on to form ozone, or smog, than regular blended gasoline. Since the reaction is driven by sunlight, ozone pollution is worse during the hot summer months. Ground-level ozone is an air pollutant that constricts the airways in the lungs, making it harder to breath and exacerbating respiratory conditions including asthma, emphysema, and chronic bronchitis.

Although ethanol was used to power the Model T Ford at the turn of the last century, gasoline soon replaced ethanol as the fuel of choice. However, after the additive used to improve octane ratings in gasoline was found to contaminate the drinking water supply, ethanol emerged as a cheap replacement to increase octane ratings, which is important for controlling combustion speeds. When blended, ethanol helps prevent the gasoline and air in the cylinders from burning too quickly and damaging the engine.

In 2005, ethanol got a boost when Congress enacted the Renewable Fuel Standard (RFS) program, which set minimum requirements for the use of renewable fuels, including ethanol. Ethanol’s place in blended gasoline was further cemented by the Energy Independence and Security Act of 2007, which required the amount of renewable fuel from corn ethanol to increase to 15 billion gallons by 2015.

The built-in mandate for ethanol use worked. In 2007, the US produced about 8.4 billion gallons of ethanol. Since then, production has almost doubled to 15.7 billion gallons in the 2016-2017 year, according to Department of Agriculture data.

President Trump’s support of ethanol could spark an unlikely alliance between the petroleum industry and environmental groups. In addition to the extra ozone pollution from burning 15 percent ethanol fuel blends during the summer, increased demand in corn production for ethanol puts a strain on the environment, from increased soil erosion to pesticide and fertilizer use to water pollution, while diverting land that could be used for food production, environmental groups say.

Given the latest United Nations report on climate change warning of more severe food shortages as early as 2040, corn producers might be better off using the land to grow food—not fuel.