Scientists Chart The Lifetime Of A Bee In Flight Paths

Bees show off their personalities with their willingness to explore 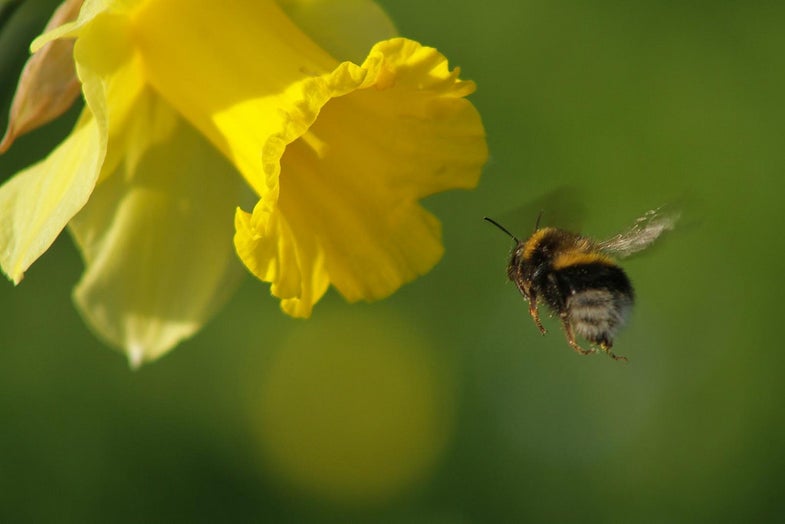 Ever feel like someone’s watching your every move? Well, if you are a bumblebee in the U.K., it might not just be paranoia. Using harmonic radar tracking, scientists in the U.K. have monitored the entire lifetime of flights taken by four worker bees. The research, which was published in PLOS ONE this week, breaks down the bees’ flights into two categories: exploration (when the bee is first figuring out where to find what it needs) and exploitation (efficient, straight flight paths based on previous knowledge).

Interestingly, bees tended to continue exploring even after they had figured out the best route. And while bees may be thought of as efficient worker drones, the four surveilled bees actually showed a large variation in their behavior. Previous research has looked at bees’ DNA to determine the presence of personality, and this new study bolsters the idea that bees are far more unique than you might think. The researchers write:

Check out the flight paths mapped out below: