Epigenetics News Articles Put Too Much Pressure On Moms

The things that parents do and eat can change what traits they pass on to their unborn babies––but scientists are saying it's too soon to be giving pregnancy advice based on epigenetics studies. 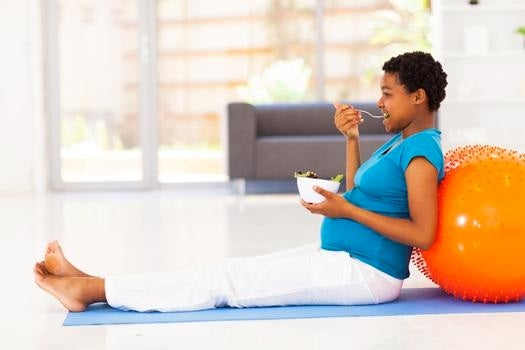 Maybe you’ve heard of King Henry VIII’s tendency to blame his wives for giving birth to baby girls instead of male heirs. That the sex of a baby is somehow a mom’s fault is a belief that’s cropped up in a number of pre-scientific societies. It’s total bull, of course. The sex of babies is random. For those conceiving in the old fashioned manner, there’s no way to control the outcome.

Most of us have come a long way since the days of blaming queens for having princesses. Still, we may be prone to a modern version of the belief, according to a fascinating opinion piece in published in Nature last week. In modern times, the problem comes from overstating the results of certain scientific studies and over-emphasizing the need for women to make the all right choices while they’re pregnant … or risk dooming their children to failure and ill health later in life. One hot new field of science seems ripe for taking things too far, warn the Nature authors, a team of historians and epidemiologists.

The field is epigenetics, which has recently uncovered the way parents’ experiences, such as falling ill or surviving a famine, may influence the traits they pass on to their children. One famous epigenetic study found that adults who had been fetuses during a Nazi-imposed famine in the Netherlands had more sparse packaging around some of their genes compared to their siblings who were conceived before or after the famine. Before studies like the Dutch Hunger Winter study, researchers thought the only traits parents could pass onto their children were things encoded in their genes. Now, scientists know, an adult’s experiences may alter inheritable molecules that are attached to his or her DNA, but aren’t actually a part of the genome.

Epigenetics studies expand what scientists understand about human genetics. It’s a very cool field. It’s gathered some media attention, as the Nature piece noted, which is a great opportunity to teach general readers more about genetics. However, the field is not ready to offer lessons on how to live healthfully, the Nature authors wrote. Nevertheless, the team found several news reports about epigenetics that include news-you-can-use takeaways aimed at pregnant women, with the idea that their choices may create epigenetic effects. The Nature essay offers an example line, from a news report about an epigenetics study conducted in mice: “Pregnancy should be a time to double-down on healthful eating if you want to avoid setting up your unborn child for a lifetime of wrestling with obesity.”

Okay, so eating healthy during pregnancy is probably a good thing. An expectant mom’s obstetrician is going to tell her to do that, anyway. Still, the Nature authors worry that such warnings may turn into something more sinister. “We’re worried that these kinds of claims could contribute to increased regulation and surveillance over women’s everyday behaviors,” the lead author, Sarah Richardson, says in a Nature podcast.

The essay points to the “crack baby” scare of the 1980s and 1990s, since which more than 400 women have been criminally prosecuted for smoking crack cocaine while pregnant. The legal action arose after small studies found babies born to addicted mothers were smaller than average and experienced symptoms such as tremors. Long-term follow-up studies have since found “crack babies” don’t seem to end up much worse off than peers who experience the same levels of poverty and instability. Their mothers were prosecuted when the slightest of evidence suggested they were harming their babies, long before more solid science rolled in.

Meanwhile, the effects epigenetics studies find are usually small, such as increased risks of just a few percentage points. They’re often preliminary, awaiting others to replicate their findings. They often study behaviors that are less obviously risky than crack-smoking, or experiences that the study participants couldn’t escape, such as trauma or famine. Our health takeaway from this? You should probably listen to your doctor, but don’t worry about the epigenetic stuff. It’s natural for societies to stress out a lot about pregnant ladies and to come up with funny explanations for outcomes that are beyond anyone’s control. That doesn’t make those explanations meaningful or true.