Do Insects Get Stressed?

Welcome to the third and final installment of my stress series, in which I ask whether the organisms I talk... 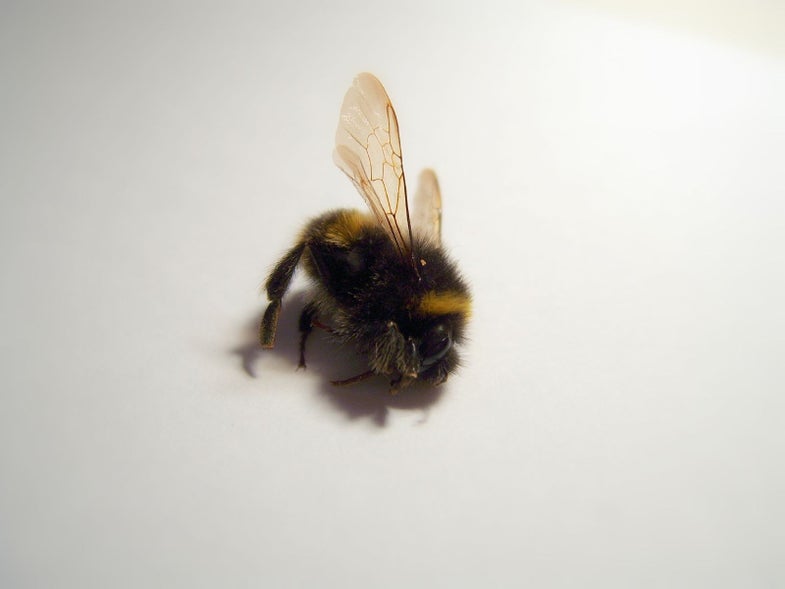 Welcome to the third and final installment of my stress series, in which I ask whether the organisms I talk about the most on this blog—plants, microbes, and insects—get stressed out. To read the rest of the series, as well as to understand why I’m writing it to begin with, check out my previous posts on microbe stress and plant stress.

This week, we’ll wrap up with insects. So, do they experience stress?

The answer probably won’t surprise you: yes they do. Stress is a normal and adaptive response to an ever-changing environment, and without it an organism can’t survive. Insects need to react to threats and other environmental shifts just like any living thing.

“Imagine whatever stresses you as a human being, the same things can stress insects as well,” says Sonny Ramaswamy, the Director of the National Institute of Food and Agriculture as well as an entomologist. “If you put them in a hot environment, a cold environment, a hungry environment—they get stressed out. They are living breathing organisms and their physiological underpinnings are the exact same as you or I.”

In fact, unlike plants and microbes, insects have a central nervous system, which means their stress response is a much closer parallel to ours. When we sense a potential threat, our eyes, ears, and other sensory organs send a signal to the amygdala in our brain. The amygdala tells the hypothalamus to trigger a cascade of hormones including glucocorticoids. One of these is cortisol, which is sometimes called the stress hormone, and it helps boost blood sugar. At the same time, the stress response triggers the production of the hormone epinephrine, more commonly known as adrenaline, which increases your heart rate. The stress response prepares you to run away or fight.

Similarly, when an insect is stressed, its eyes, antennae, and other sensors alert its brain, which triggers stress hormones including octopamine, which is analogous to epinephrine, and ecdysteroids, which are related to glucocorticoids. This happens, more or less, in all insects, although the strength and timing depend on the situation and the species. And just as with our stress response, the flow of hormones helps prime the insect to deal with whatever is stressing them out, perhaps by flying or scurrying away.

In some cases, the stress response may even pass through generations, says Ken Haynes, an insect behavior and chemical ecology researcher at the University of Kentucky. For example, if aphids get too crowded—competing, for example, for food—wingless females will give birth to winged offspring that can fly to a new home.

In addition to the internal stress response, as well as the transgenerational one, some insects also communicate their stress to one another through alarm pheromones. This is a population-wide stress response and it happens mainly in social insects such as ants, bees, and termites. (Other insects that don’t have obvious social structures release alarm pheromones, too, including bed bugs.)

One example of a hormone-based insecticide—which also works as a repellent for some insects—is a chemical called nootkatone, which messes with octopamine, the insect equivalent of epinephrine, and causes the insect’s body go into overdrive until it dies.

Other pest control tactics use insects’ alarm pheromones against them. A 2009 study from the Ohio State University found that adding synthetic bed bug alarm pheromones increased the effectiveness of desiccant powders, which dehydrate insects to death. The pheromones made the bed bugs were more likely to scatter and increase their contact with the powders.