How Candida albicans tells our immune system to stand down 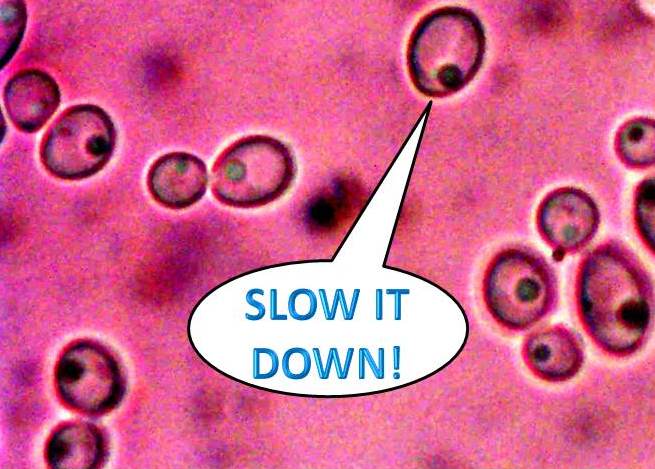 Candida albicans is one of those microbes we just love to hate and for good reason. Although normally considered to be part of our microbial flora, residing in our guts, genitals, mouths and eyes, this fungal species can also cause a plethora of diseases. Some are minor such as skin irritation but others can be far more problematic from oral thrush to vaginitis and even life-threatening sepsis, which is an infection of the blood and organs.

How Candida causes infection has been a major focus for public health research. Understanding the switch from normal colonizer to potentially deadly pathogen may allow for the development of both preventative and treatment courses of action. Yet, studies have revealed there is far more to the picture than a simple shift in microbial mentality. It turns out this fungus can control our immunity.

Normally, Candida has a yeast-like form which can attach to any surface whether biological or inanimate. When it heads into the human body, it finds a nice place on our skin cells. Here, it can grow happily without causing any damage. But, if there are any stresses, such as an immune response, a change in pH or an alteration of salt and iron concentrations, the friend turns into a foe as it begins to produce a number of molecules known as invasins, which break down the same cells it considered to be a home. At this point, the fungus switches from the yeast form into a true fungus producing long extensions known as hyphae, which give it a characteristic furry look. Once this happens, it’s a declaration of war.

But Candida isn’t necessarily interested in a war; after all no one wins. So, it has developed means to keep the peace. One of the ways it accomplishes this is through a form of communication known as quorum sensing, or QS. The yeast cells produce a number of chemicals which can signal other cells in the area and tell them what to do. One of the most important is farnesol, which is produced to ensure no one heads into that hyphal stage. Even when cells are getting ready for battle, if this chemical is sensed, the preparation stops and the yeast returns to a more calm state.

But it seems farnesol isn’t only used to control the microbial side of battle. Based on a European study released last week, this molecule also tends to keep our own immune systems from getting hungry for war. The process involves sending signals to the commanders of our own army to ensure everyone knows there is no need for combat.

The team’s first target was a group of cells known to interact with the yeast, polymorphonuclear neutrophilic granulocytes (PMNs), which include neutrophils, basophils, and eosinophils. Previous studies looking at the interaction between these cells and Candida revealed rather curious results. When introduced to one another, the PMNs appeared to become less active and more peaceful. Even more intriguing was when PMNs began to attack; if yeast cells were around, they apparently stopped their activity.

With this in hand, the experiments were fairly straightforward. The team first took blood from human volunteers and isolated the PMNs. When they were settled in a petri plate, they were exposed to either farnesol alone or in combination with Candida. Sure enough, these cells were less combat-ready. They were stimulated to the presence and set out signals to warn the immune system there was a potential problem nearby but no action was taken on the yeast. It was akin to a cold war.

This curious result led the researchers to look at another branch of the immune system, the second line of defense. These cells, known as monocytes and dendritic cells signal the rest of the body about an impending attack. They do this by heading out from the area and migrating to other parts of the body all the while sending out signals to other immune cells declaring the need for reinforcements.

As with the PMNs, monocytes were isolated and then allowed to settle in culture. Some were used directly while others were allowed to morph into dendritic cells. When the team had the cells they needed, farnesol was introduced. As expected, the chemical led to dysfunction in this arm of the response. Cells were unable to signal a need for the body to prepare for combat and they were restricted in their movement. They simply could not leave the immediate area. Although the mechanism wasn’t elucidated in this study, the outcome was entirely clear; farnesol forced a peaceful reaction from the immune system.

The overall effect of farnesol on the entire system may be one of peace, but when expanded to the entire ecological region, the results from this study suggest quite the opposite. Although the chemical might be able to establish a tentative calm with the yeast, the attenuation of the immune system could allow for other less peaceful pathogens the opportunity to attack. This also may allow any Candida cells in that pathogenic hyphal form to engage in a more robust invasion leading to even greater health risks.

Sadly, there was no good news from the authors. They concluded farnesol was not helpful but harmful in the context of Candida colonization and infection. This is a shame as this chemical was once believed to be a possible therapeutic against the fungus. Now that option is gone and we are left once again forced to curse Candida. This time, however, it isn’t due to its bad side but for its less than helpful attempt to keep the peace.