Tomato of the Sea 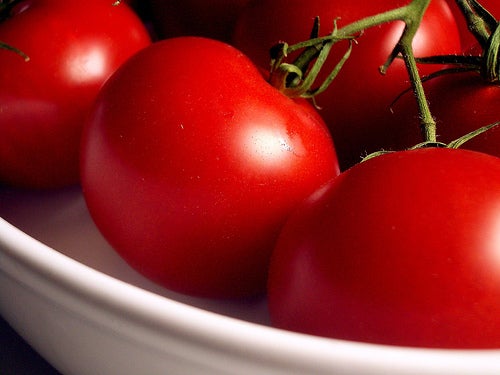 Coastal gardeners may have a new ally in the salty soup of the ocean, according to Italian researchers. While investigating creative solutions to potential water shortages, scientists from the University of Pisa
ran an experiment to see if different varieties of cherry tomatoes could be grown with seawater. They grew plants watered with normal irrigation water alongside plants which received a dilution of 10-12 percent seawater. Seawater generally has a salinity of 3.5 percent, so the dilution would be at most a half of one percent salt.

While the seawater plants’ fruits were more than half as small by weight as the regular water fruits, they were decidedly better tasting and had a higher sweetness and acidity. What’s more, they carried a significantly higher concentration of antioxidants in vitamins C and E. The researchers surmised the increased antioxidant production to be a response to the stress of the salted water. Not only were the fruits more healthful as a result of salt water, but the scientists discovered it would be possible to grow the tomatoes if a fresh water embargo were ever to be imposed.