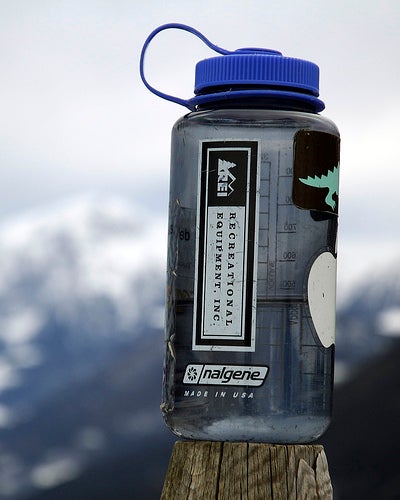 There’s been a lot of talk recently about bisphenol A, or BPA, which is most commonly found in polycarbonate plastics. These are the plastics used in baby bottles and Nalgenes, the kind that are rigid and unlikely to break when dropped. BPA has been found to disrupt the processes of the endocrine system in animals, but it is still unclear what, if any, the effect on humans is. Still, the news today is that the Canadian government is poised to declare the chemical as toxic when used in food and water containers because it leeches out into its container’s contents. We’ve all tasted plasticky water after having left a bottle in the car all afternoon—part of that taste is BPA.

There is concern that its effects may not be limited to endocrine processes, potentially affecting neural pathways as well. Even very small amounts have been shown to change animals’ bodies, so the Canadian government’s assumption is the likely effect on humans—particularly infants and children—is not insignificant.

That said, the animals in the bulk of the studies done on BPA have been rats, whose bodies reabsorb the metabolized compounds through their guts and into their bloodstreams. In humans, however, the compounds are quickly excreted in the urine and typically have an elimination half-life of less than 6 hours. For that reason, the European Food Safety Authority has concluded that even in high exposure instances, the detrimental effects are presumed to be very low.

Once the announcement is released, there will be a public comment period, followed by a legislative process which could take up to two years. The end result will likely be a ban or partial ban on food-related uses of BPA plastics.