Biofuel Diversity at the University of North Dakota 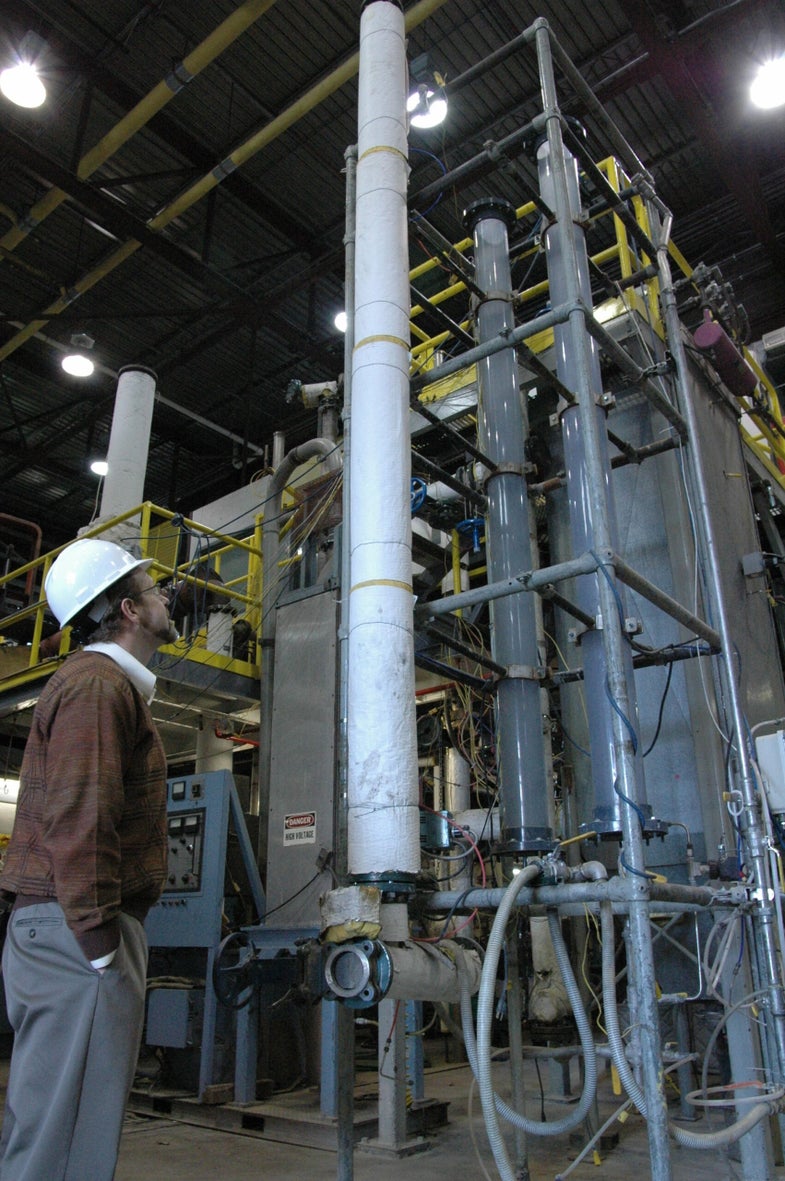 Today’s New York Times has a front-page story about how biofuels are driving up food prices around the world and how they therefore may not be a such a great idea after all. That could be true if the only feedstocks available for producing biofuels were food crops, as the article implies, but that’s far from the truth.

Yesterday I visited the Energy and Environmental Research Center, or EERC, at the University of North Dakota in Grand Forks and got a distinctly different side of the biofuels story. “We’re going to have to move away from using food to produce energy,” EERC director Gerald Groenewold told me simply. He sees no contradiction with doing that and continuing to ramp up biofuel production. He favors a portfolio approach, with our energy coming from many different sources.

Last December, working under a DARPA contract, the EERC successfully tested military grade jet fuel, called JP-8, made from 100% pure vegetable oil. The DARPA program manager in charge of the project, Douglas Kirkpatrick, tells me the stuff is chemically identical to the petroleum variety and can be used unmodified in jet engines. Next step is to optimize the conversion process for large-scale production, and we’ll be off and running toward independence from petroleum. And, no, the veggie oil doesn’t have to come from corn, soy, or other food crops. It can just as easily come from switchgrass or even algae.

Among the EERC’s many other projects is an electric generator that runs off any kind of organic matter you can feed it in quantity. The slow burn of the fuel inside the processor produces gas, and it’s the gas that runs the generator. A prototype running at a North Dakota truss plant powers the whole facility on scrap wood.

Also under development is an on-demand hydrogen producer that will use biofuels as feedstock. You’ll pull your hydro-powered car up to the pump, and when you stick the nozzle in, the system will generate hydrogen fast enough to fill your tank.

EERC has a contract with the Army Corps of Engineers’ research lab to develop a portable unit suitable for running on the back of a humvee for generating the hydrogen for fuel cell batteries.

And until we move completely away from fossil fuels, the EERC is working on carbon sequestration projects, devising ways to efficiently pipe CO2 away from power plants and pump it back into the ground before it can escape into the atmosphere and contribute to global warming.