Silence Before the Storm 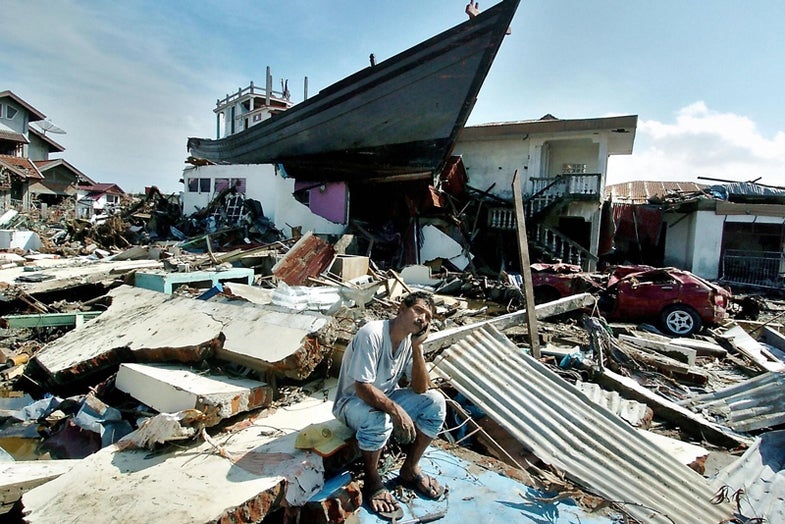 While attending a conference in Phuket, Thailand, earlier this year, Eddie Bernard, the developer of the National Oceanic and Atmospheric Administration (NOAA)’s tsunami-monitoring network, was surprised to find that most residents had returned to the coastal city after the devastating tsunami of 2004, which killed 8,000 people in Thailand. Not only that, but they seemed prepared for the next one. Speaker towers loomed over the beach, ready to blast a warning in case a wave approached. Signs everywhere told people which way to flee. “The preparedness at the community level is really advanced,” Bernard says.

It’s preparedness at the international level that he’s concerned about. He and other tsunami experts say a lack of coordination among countries could seriously weaken the effectiveness of otherwise sophisticated new early-warning systems set to go online this year. India has installed six of 10 planned wave sensors off its coast, and the Indian Ocean Tsunami Warning System (IOTWS), designed by a consortium of German scientists, begins operating in November. But India, concerned about triggering sensors during covert nuclear-weapons tests, doesn’t share its seismic data, and it’s not clear yet whether India will give out buoy data. Costas Synolakis, director of the Tsunami Research Center at the University of Southern California, is also frustrated that India, Indonesia and Germany wasted time developing their own buoys and pressure sensors, which will require time to fine-tune, when effective technology already exists. The U.S. network, which NOAA runs, consists of 40 buoys, deployed mostly along the coastal U.S., and has forecasted a handful of minor tsunamis. 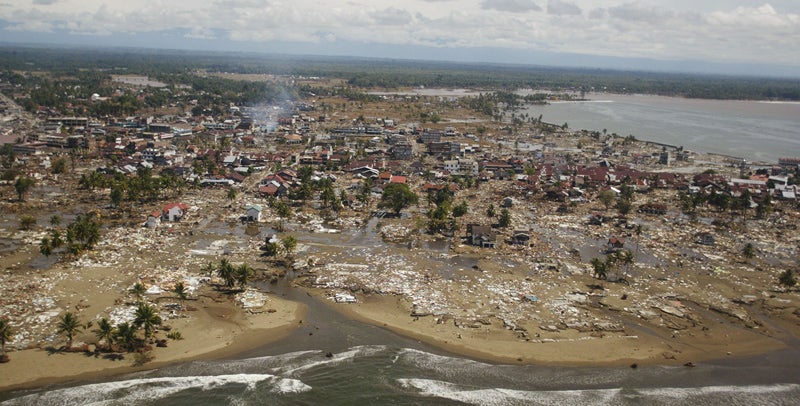 An aerial view of the town of Meulaboh shows the widespread damage caused by the waves.

That said, IOTWS should be a tremendous improvement over the current system, which relies heavily on signage and signal towers. Ninety percent of all tsunamis begin with an earthquake, so seismometers will trigger the first warning. Scientists will complete a system of more than 100 seismometers, tide gauges and buoys in the tectonically active Indian Ocean basin within the next few years.
The system also employs pressure sensors on the seafloor to detect whether a wave has actually been generated (only one in 10 quakes produces a tsunami). Buoys on the surface relay data to a central office by satellite, and simulation software estimates where, when and how intensely the wave will strike—or whether it will fizzle. Predicting non-threats is just as critical, Bernard adds: You don’t want locals ignoring legitimate warnings because of too many false alarms.
Synolakis argues for a multinational network that links all of the seismometers, pressure sensors and tide gauges in the ocean. More data, he says, would help to better predict the severity and direction of a killer wave and save more lives.

In the long run, these networks could be upgraded even further. The German consortium hopes to one day use satellites to track waves by bouncing radar signals off the ocean to measure their height.
For the time being, though, Bernard is just happy that at-risk nations have taken that critical first step of educating people about the danger. “I can’t tell you how many lives we would have saved,” he says, “if people just knew to run away when the water backed out.”