Being eaten alive is kind of beautiful 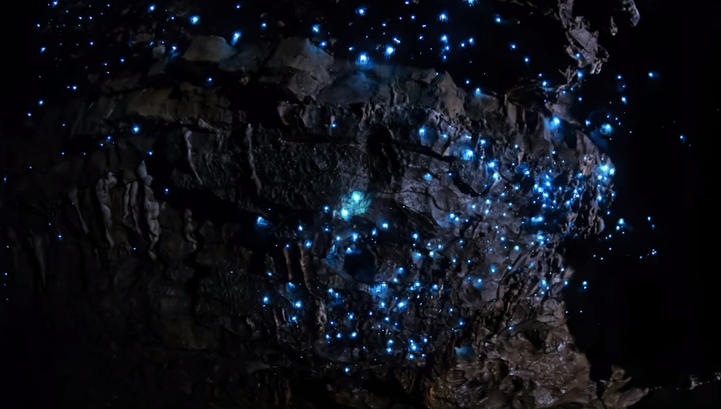 Waitomo Cave glow worms use bioluminescence to confuse and hunt for moths.

Half a mile underground in New Zealand, a starry sky twinkles. Or so these glow worms want you to think.

The Waitomo Caves are home to bioluminescent larvae, destined to become the much less sparkly Arachnocampa luminosa gnat. Like fireflies, these worms glow using chemical reactions. Unlike fireflies, they use their powers for hunting, not finding love. The lights confuse moths — which use the real night sky to navigate — and their wings get tangled in the gooey strings of beads dangled by the worms on the cave ceiling.

The worm then reels the disoriented and sticky moth in. “Slime seeps into its breathing holes, and it’s still alive when the worm begins to feed,” KQED’s Deep Look explains in the video below. Tourists pay admittance to view the light show, and people have gotten married beneath the carnivorous rave.