Why sugar-laden Raisin Bran is considered ‘heart healthy,’ but soy is not

The FDA might downgrade its heart healthy claim on soy protein, but that doesn't mean it's bad for you. 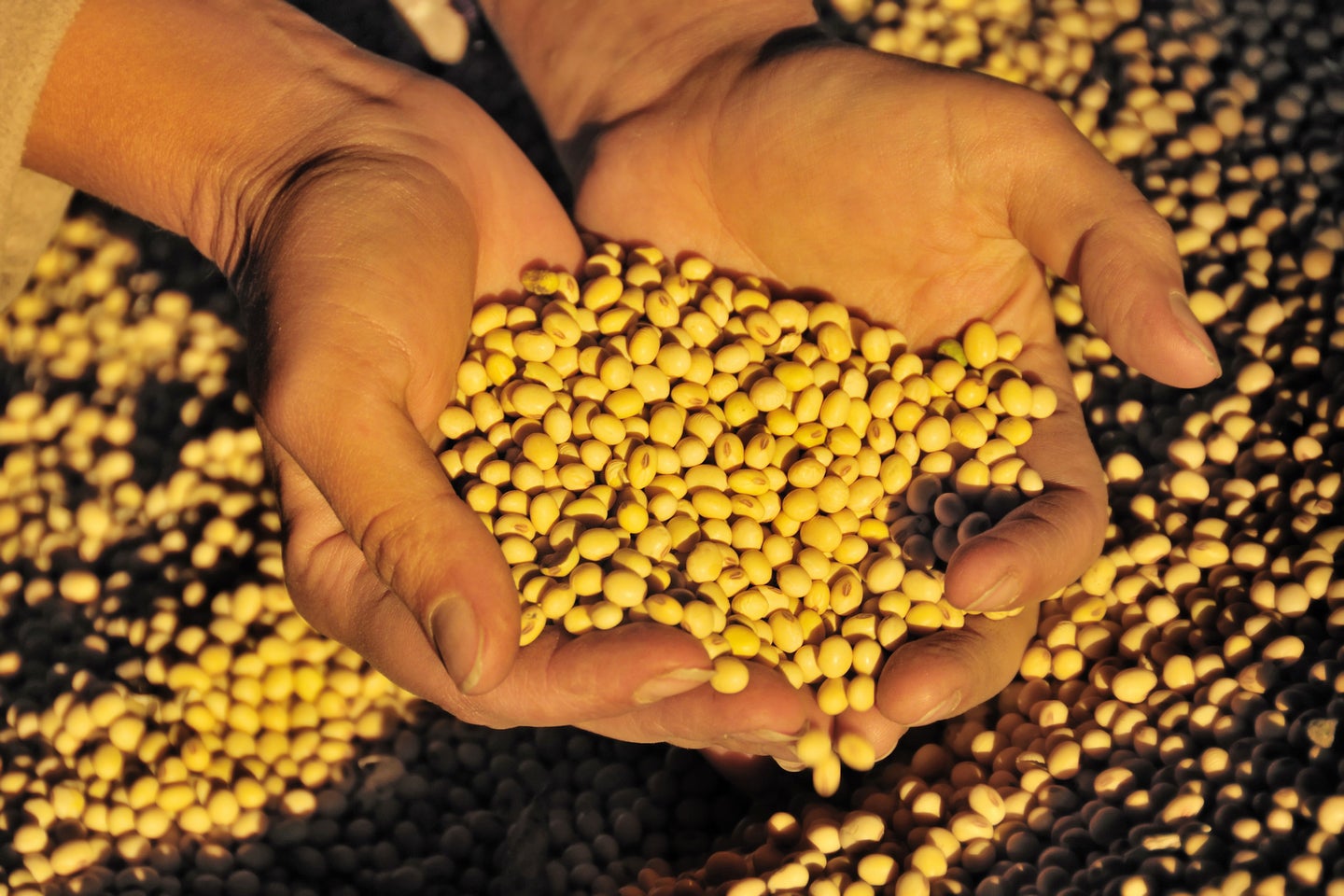 Raisin Bran feels healthy. You wouldn’t eat a cereal with raisins in it if it weren’t. But soy feels healthy too—it’s vegan after all. For a long time, the Food and Drug Administration considered it healthy, too. Now the regulatory group might be changing its mind. The FDA announced this week that, after careful review, it doesn’t feel there is strong enough evidence to support its current claim that soy products provide cardiac benefits. This would mark the first time that the organization has ever reversed its stance on a health claim. But how can obesity-inducing cereal be heart healthy when soy isn’t?

Part of the confusion here is the word “healthy”: What does it really mean? To most people it might represent fresh ingredients with an even balance of healthy fats, protein, and plenty of fiber. But to the FDA, those foods need to have some measurable factor that they can regulate. “Healthy” to them isn’t an all-encompassing idea. By necessity, it’s a set of strict definitions and rules for food companies to follow, and that means that sometimes what officially counts as “healthy” seems a bit off.

Nothing, really—it just might not be specifically healthy for your heart. Back in 1999, the FDA reviewed the available evidence and determined that soy protein lowered the risk of coronary heart disease. This is to say that it met the Significant Scientific Agreement Standard, or SSA standard, which is the barometer by which the FDA measures whether foods can be said to have specific health benefits, like lowering your risk of cancer or osteoporosis. Since the SSA standard was implemented in 1990, the FDA has approved 12 authorized health claims, one of which was for soy protein.

But since 1999, many studies have shown that soy protein might not actually lower heart disease risk. Soy might have plenty of other benefits that one could argue are “healthy” (though it also has some potentially adverse effects on hormonal regulation, especially when consumed in large amounts), but that’s not what the FDA is concerned with right now. It’s not moving to argue that soy is unhealthy. Rather, it’s saying that the evidence no longer supports a causal relationship between eating soy protein and a lowered heart disease risk.

This doesn’t necessarily prevent companies from making other claims about soy’s potential heart health benefits. While the FDA has only approved 12 authorized claims, there are other ways that companies can promote food ingredients. One option: a qualified health claim. This is kind of like a less strident version of an authorized health claim. Qualified claims require less scientific evidence, but more hedging. Whole grains are a prime example. While there’s a lot of evidence to suggest that eating whole grains is good for us, that evidence, according to the FDA, isn’t quite strong enough. So they let food companies say this:

”Scientific evidence suggests, but does not prove, that whole grains (three servings or 48 grams per day), as part of a low saturated fat, low cholesterol diet, may reduce the risk of diabetes mellitus type 2.”

The FDA reviews claims like this on a more case-by-case basis before the food product goes to market. Among the many allowable qualified claims are the protective effect of certain nuts on heart health, and a potential reduced prostate cancer risk from the lycopene in tomatoes. There’s already one for soybean oil’s ability to reduce risk of coronary heart disease, which (if it still stands once the FDA makes its final ruling) would provide some companies with the option to still promote soybean oil as healthy. In its press announcement, the FDA also said that it will likely allow soy protein the same claim, as long as the evidence to support it is there.

Qualified health claims aren’t exactly a loophole, because they do require phrasing to suggest that the science isn’t all in yet. Misleading occasionally? Maybe. But SSA claims can be misleading too.

Because Raisin Bran is chock full o’ raisins and the flakes themselves are rather tasteless, General Mills adds a hefty amount of sugar to this cereal. One cup of the breakfast cereal has 19 grams, which is just one gram shy of a Cadbury Creme Egg’s worth, and that’s not counting the added milk. Sugar, as we know, contributes heavily to obesity, which, in turn, puts you at a significantly increased risk for heart disease. And yet Raisin Bran legally gets to carry a label of heart health.

The secret lies in the fiber. One of the 12 authorized health claims has to do with fiber’s positive effect on heart disease, and specifically fiber contained in grain products, fruits, and vegetables. Not just any food can claim heart health just because of its fiber content, though. The regulation stipulates that the product also meet several other nutrient requirements, but none of them have to do with sugar. Heart healthy foods must also be low in saturated fat and cholesterol, which are more directly linked to cardiac issues, but sugar content doesn’t enter the picture. Technically, the fiber inside Raisin Bran is good for your heart. It’s just that other aspects of it are bad.

As a consumer, it’s important to remember that companies generally want to make as many health claims as they can, qualified or otherwise, so treat labels with caution. Twizzlers may be low fat and Lucky Charms may be whole grain—that doesn’t make them healthy. You’d be better off with soy.