These early parenting decisions might change a baby’s health

What makes a healthy baby gut? 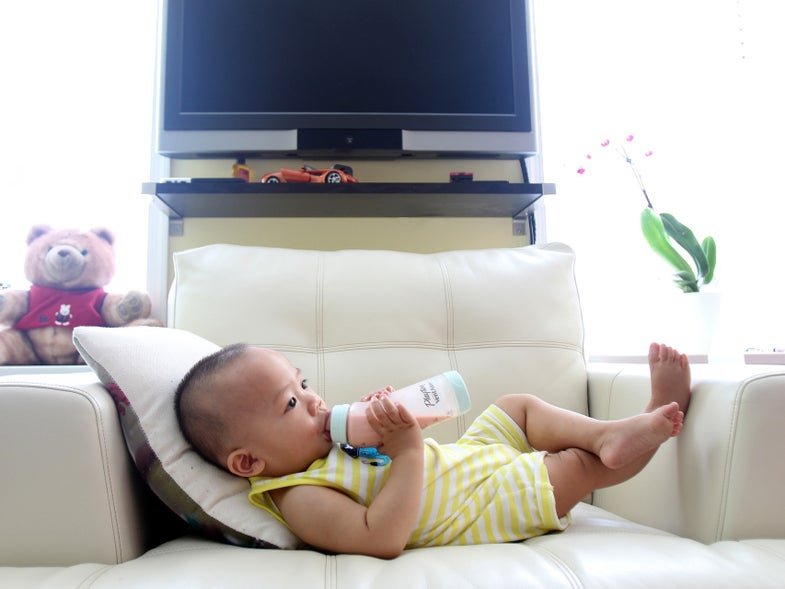 During the first year of life, infants undergo drastic developmental changes that are plain for anyone to see. But the microbes in their guts change, too. In recent years, scientists have found that variations in this gut evolution might have some connection to medical conditions later on in life. Now researchers are trying to pinpoint how and why these microbiomes change, in the hopes of figuring out what constitutes a healthy baby gut—and how parents can help their child have one.

In a study out this week in the journal Frontiers in Pediatrics, researchers at the University of Alberta track and analyze the microbial changes that occur during this critical period. The team examined microbes from the guts of 166 infants, following them from three months to one year of age. They crunched the numbers to find statistically significant changes; shifts outside of what is considered typical based on previous studies.

Some research suggests that common practices like feeding a baby formula rather than breast milk, giving birth through cesarean section, and administering antibiotics during the first year of life can all have an affect on whether or not a child develops certain diseases. And sure enough, the analysis found those factors to alter the normal progression of microbial diversity. But the study can’t jump to any conclusions just yet. Scientists still don’t have a firm grip on what makes a gut microbiome healthy or unhealthy (in infants or otherwise), and the connection between the absence or presence of certain bacteria and the development of specific conditions is still shaky.

But while much more work is needed to understand the implications of these new results, the findings themselves aren’t shocking. If a baby is born vaginally, they acquire certain microbes on their way out of the birth canal. Babies born during (relatively) sterile surgical procedures aren’t exposed to the same bacteria. Likewise, breast milk also contains beneficial bacteria—the baby’s only source of gut microbes during that time. Though researchers are working on designing infant formula to serve the same purpose, breast milk is still, for the moment, superior from a bacterial perspective. And antibiotics can kill off important gut bacteria at any stage of life, so it follows that a poorly timed dose might change the course of a baby’s intestinal development.

In recent years, many other studies have looked at those three parameters—cesarean sections, formula feeding, and early antibiotic use—as well. But these researchers analyzed babies that had all three (or at least two) factors at once. “[We] tested the combined effects of these factors, since they often travel together,” says study author Anita Kozyrskyj, a professor of pediatrics at the University of Alberta medical school.

In babies that were born vaginally, breast fed, and didn’t receive any antibiotics, the researchers saw typical microbial changes: An increase in two groups of bacteria known as Firmicutes and Bacteroides, and a decline in Proteobacteria. Things started to deviate from (what we think is) the norm as babies had one or all of these factors change.

But what these changes mean is still not entirely clear. “We don’t know what a normal gut microbiome is in the adult or the infant, and there is a lot of variation in the adult gut microbiome due to diet,” says Kozyrski. At the same time, the progression of microbial development among vaginally-delivered, breast-fed, antibiotic-free infants living in developed countries is similar across many regions, she says, so they do think they have a sense of what normal progress looks like.

Kozyrskyj thinks in the future it could be possible to predict health outcomes in children based on their gut microbial profiles. For example, she says, the bacterial group Enterobacteria often declines over time in breast-fed infants. When that doesn’t happen—which she’s seen in formula-fed infants—it could make those infants more likely to gain and keep on weight as they grow up, as well as make them more likely to have food sensitivities and intolerances. But she notes that much more research is needed to make these kinds of connections.

For now, this study and others like it suggest that breastfeeding, vaginal births, and minimal antibiotic use could all help keep infant microbiomes on a typical track. However, until scientists have a better understanding of what exactly a healthy (and unhealthy) gut looks like, the true significance of these and other factors remain unclear.

Of course, it’s not always possible for parents to opt for a vaginal birth or breast feeding, and some infants need antibiotics in order to protect them from dangerous infections. But if scientists can figure out how and why these three factors influence the gut—and how that, in turn, influences overall health—they might find ways to tweak otherwise unhealthy microbiomes to get us back on track.