When a hurricane finally passes, it spreads deadly disease in its wake

The end of a storm can spell the beginning of a disaster. 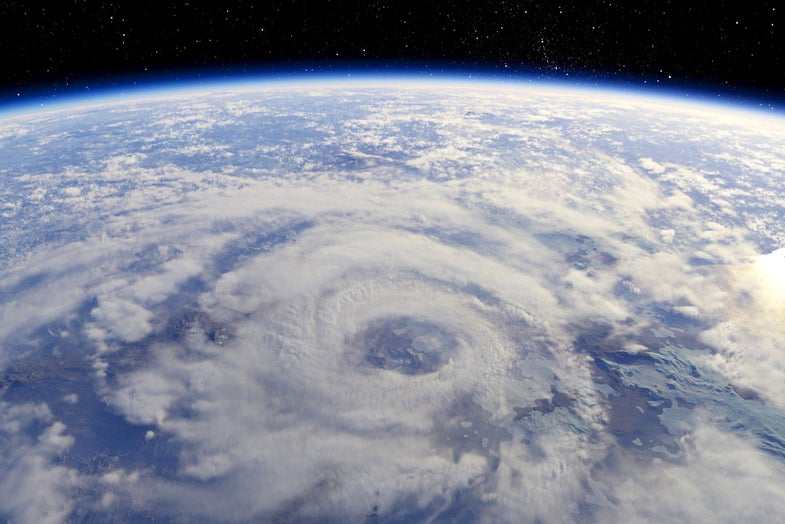 Most of the damage caused by a hurricane is obvious—roofs ripped off buildings, homes flooded, downed electrical lines. But long after the eye of the storm has passed, big storms can continue to spread disaster.

Hurricane Irma gained global attention when it wiped out the small island of Barbuda, rendering it uninhabitable for the first time in a decade. Haiti, which sits roughly 700 miles northwest of Barbuda, missed the worst of the storm. But while Irma only skirted Haiti’s northern coast, the resulting rain was enough to cause lasting harm.

“Every time there’s an increase in rainfall in Haiti, we see an increase in the number of cholera cases,” says Louise Ivers, an Associate Professor of Global Health and Social Medicine at Harvard Medical School who has spent years working on the country’s public health issues.

Cholera is an infectious disease, the most notable symptom of which is severe diarrhea. This can lead to dehydration and, if left untreated, death. People catch it by consuming water or food contaminated with the bacterium Vibrio cholera. Thanks to modern sanitation—treated drinking water and sewage systems—the disease is rare in the United States. This wasn’t always the case; the U.S. experienced waves of cholera epidemics in 1832, 1849 and 1866. These days the few cases that show up within our borders each year are usually brought in by people traveling from other countries. And because we have sewer systems that don’t (often) pour our poop into our drinking water, the disease tends to be dead on arrival.

In countries like Haiti that still struggle to provide this kind of infrastructure, increased rainfall spreads cholera by moving dirty water into once clean rivers and wells. Testing is rare in this region of the world, so a water source that was safe to drink before the hurricane can become dangerous afterwards—and imbibers are none the wiser until someone falls ill. If that sounds dire, Ivers notes that the situation isn’t completely hopeless. There are lots of interventions a country can try to implement.

“You can rapidly remind and educate people about the need to have safe food, to wash their hands, to drink clean water,” she says. But in places like Haiti, where resources are so constrained that people might have to choose between food and soap, it isn’t enough to preach hygiene. You also have to give residents the resources required to follow through. Providing soap, water purification tablets, and clean containers for storing filtered water can be key to stopping the disease’s progression.

Cholera wasn’t native to Haiti before 2010. That year, a 7.0 magnitude earthquake struck just 25 miles outside of the country. Aid workers and U.N. peacekeepers flooded in to help. Unfortunately, some of those workers had come from Nepal, which was experiencing a cholera outbreak at the time. When a group of them set up a latrine on a freshwater drinking supply—the Artibonite river—they inadvertently introduced a disease that still plagues the country today.

It’s not often that aid workers accidentally start an epidemic, but it’s pretty common for storms to spread disease. Dysentery, an intestinal illness cause by Shigella bacteria, is also known to worsen after hurricanes. It doesn’t help that fresh or bottled water can become scarce after a hurricane, forcing people to drink from questionable water sources—rain water, for example, or local rivers and streams—that they never would have considered in the past.

The water that a hurricane drops on a region can also give mosquito borne ailments a boost. The warm, shallow pools left behind by summer storms are a perfect breeding ground for the insects that transmit diseases like malaria, a kind of parasite, and dengue, a virus. Generally speaking, more mosquitoes means more disease. Then there’s the fact that people hit by hurricanes are often not in the best of shape, and may be spending a lot more time outside. So as mosquitoes become more plentiful, they’re also presented with easier targets.

That confluence of disease-friendly factors is cause for concern in Puerto Rico. The American Commonwealth is in dire straits after being ravaged by Hurricanes Irma and Maria. Even before the country lost its electrical power and entered a daunting humanitarian crisis, mosquito borne illnesses were a big problem: Health officials recently reported that close to 90 percent of Puerto Ricans had been infected with dengue, a disease nicknamed “break bone fever.” When infected, people often feel as though their bones are breaking. A vaccine against the disease was developed by the pharmaceutical company Sanofi Pasteur, and licensed for sale in several countries—but it’s only 59.6 percent effective.

Unfortunately, the fact that so many Puerto Ricans have had dengue before makes the post-Hurricane situation more worrisome, not less. Because of the way that dengue infects the body, it is possible to contract the disease even if you’ve already survived another strain. A close cousin of the more infamous ebola, dengue is also more likely to cause internal bleeding the second time around, and has no treatment beyond rest and hydration.

Puerto Rico has also been beset by the mosquito borne chikungunya and Zika viruses. Countries like Mexico have found success in controlling mosquitoes through constant vigilance: draining mosquito ponds, and selective spraying of pesticides. But that’s a high level of coordination to demand from an island set to go months without electricity.

It’s not just human pathogens that can be spread by a hurricane, either. Research on Florida citrus groves has found that hurricanes can hasten the spread of a bacteria known as the “citrus canker,” posing a risk to the region’s lemon, orange and grapefruit crops. In 2014, Tropical Storm Irene brought Japanese knotweed to Vermont. Thanks to an incredible network of roots that can hook into the smallest cracks, the invasive species grows up to 6.5 feet tall and 65 feet across, uprooting patios or even floors and walls on the way.

Focusing solely on the carnage created during the storm is dangerous. Smaller, more subtle waves of destruction can leave regions vulnerable for months and years after the fact. To borrow from a Haitian proverb, “It’s like washing your hands and then rubbing them in the dirt.”