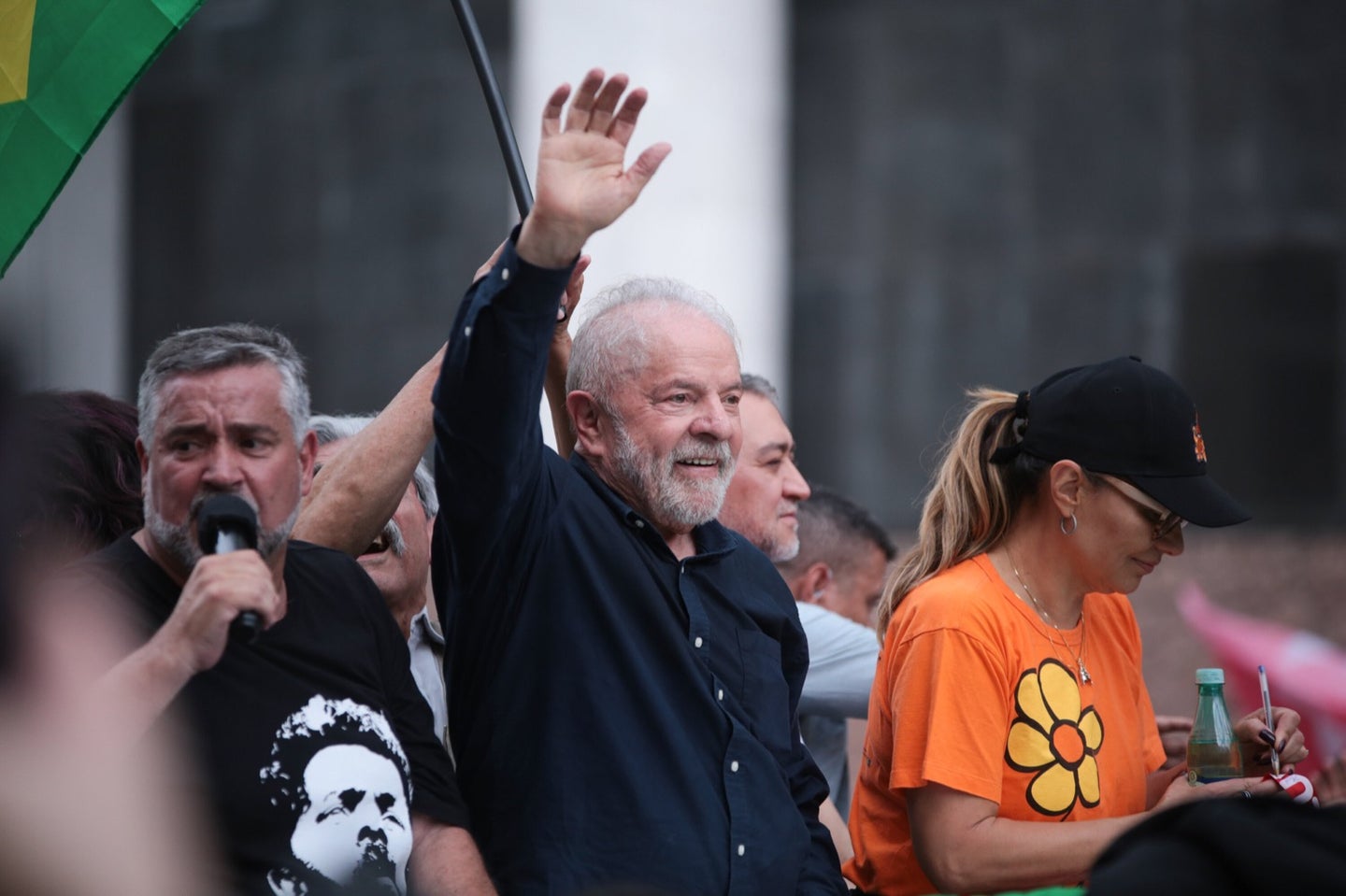 Earlier this week, Brazilians elected Luiz Inácio Lula da Silva (popularly known as Lula) as their new leader over right-wing President Jair Bolsonaro. Lula’s victory is a historic comeback after he served 19 months in prison for bribery charges. But the real winner of the election? The Amazon rainforest. Lula, who had previously been the president of Brazil from 2003 to 2010, has made pledges for new climate policies, including reducing the amount of deforestation that was largely ignored under Bolsonaro’s presidency. And a win for the Amazon is a win for the planet in its fight against climate change.

“Everybody in the world can breathe a sigh of relief since the Brazilian Amazon is important in regulating the world climate,” explains Philip Stouffer, a conservation biologist and professor at Louisiana State University who has been researching the rainforest since 1991. “Our world battle against climate is maintaining the carbon in rainforests, and this election result moves the needle in a positive direction for maintaining that carbon.”

The Amazon rainforest has shrunk significantly in the last few decades. Since 1988, about 10,000 acres (nearly the size of California) of the Amazon has been destroyed everyday. The chief causes can be traced back to the impacts from climate change and human activity, explains Chris Boulton, an associate research fellow at the University of Exeter’s geography department. On one hand, weather changes in temperatures and rainfall patterns have contributed to Amazonian destruction. For example, longer dry seasons and frequent “100-year droughts” have made it harder for the rainforest to recover, making it less capable of absorbing carbon. “The Amazon is usually called the lungs of the Earth because it takes carbon dioxide from the atmosphere,” explains Boulton.

On average, the Amazon rainforest absorbs about 123 billion tons of carbon. But deforestation and other human activity is helping to turn this carbon sink into a carbon source. Destroyed trees release carbon dioxide and other greenhouse gases back into the atmosphere. Under Bolsonaro’s rule in 2019 to 2022, the Amazon rainforest lost 4.8 million acres in just 2021 alone. Deforestation also reached its highest levels in 15 years as of 2021. What’s more, Boulton says that taking away trees breaks down the Amazon’s water recycling network—the forest needs about 80 percent of its trees to maintain it—making it harder to sustain itself during a drought.

[Related: The Amazon is on the brink of a climate change tipping point]

The Amazon is on its way to the tipping point, at an estimated 20 to 25 percent. Once that threshold is passed, researchers project the lush rainforest would collapse and become a dry savannah. One geographer studying land changes in the Amazon forecasts that the tipping point will be reached by 2064. Stouffer warns that a transition to savannah would have catastrophic effects on the global climate. As carbon would go back to the atmosphere, the trapped greenhouse gases would speed up global warming. The warmer temperatures would cause frequent flooding, fires, and the extinction of animals who live exclusively in rainforests.

“That’s why there’s a lot of optimism because Lula had a good track record at slowing deforestation when he was president before [in 2003 to 2011],” says Stouffer.

[Related: Brazil’s president Bolsonaro plans to plunder the Amazon, which is bad news for all of us]

One of Lula’s proposed policies highlighted in his victory speech is zero deforestation, which entails increased surveillance of the Amazon and promoting sustainable development. He also plans to reignite talks for global cooperation on rainforest conservation—a welcoming development to countries such as Norway who stopped sending rainforest protection funds to Brazil in 2019 during Bolsonaro’s presidency. The Nordic country announced on Monday it will resume subsidies.

Stopping deforestation will be an uphill battle for the new administration as Bolsonaro leaves an office that crippled environmental agencies and dismantled dozens of environmental laws, such as those that imposed harsh fines for illegal deforestation, promoted biodiesel production, and limited mining permits. But if all goes well, one analysis predicts that Lula could reduce 89 percent of deforestation in the Amazon over the next decade, cementing his once-tarnished legacy into one as a formidable global environmental leader. Lula will officially take office as the 39th president of Brazil on January 1, 2023.