How a bank clerk became a record-breaking polar explorer

In between, she almost died in the Arctic. 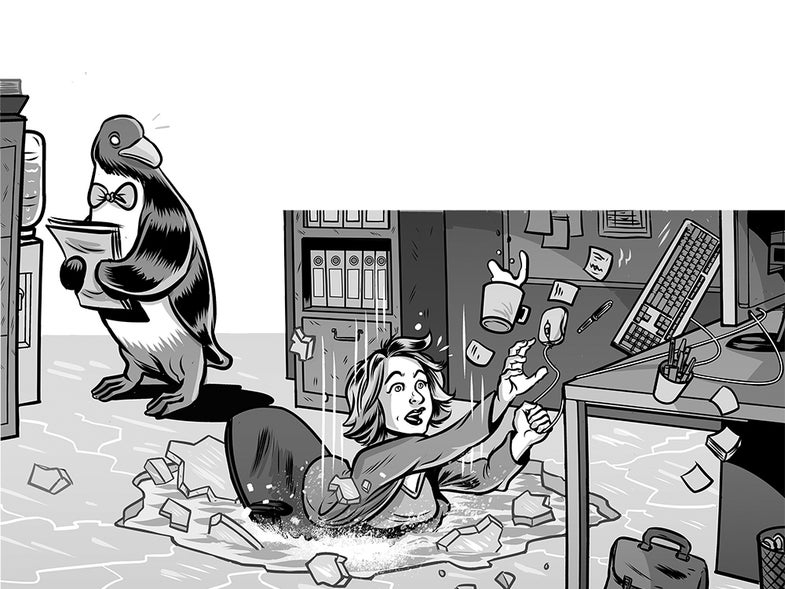 Twenty-five years ago, I never dreamed of exploring the ­Arctic—​I worked as a bank clerk in England. Then I saw the chance of a lifetime: a classified ad seeking “ordinary” women to join the first all-­female team to the North Pole. The trip required half a million dollars in total, and the two organizers thought amateurs would get more funding. Of course, no one was ordinary except for me—they were all outdoorswomen and mountaineers. I’d never even skied.

After more than a year of training, the expedition began, and I stepped onto ­moving ice for the first time. One day, as we were traveling along the edge of some thin ice, it cracked. Nobody saw me plunge into the water or heard me shout.

When you get wet in temperatures of minus 22°F, you develop frostbite in minutes. I grabbed the nearest chunk of ice and almost hauled myself out, but it broke—twice. I knew I had only one more chance. Fortunately, I managed to pull myself onto a ledge on my third try.

Then I had to roll in the snow. This seems very odd, but the powder absorbs ­moisture, which can cause hypothermia. By then my teammates had returned. To protect me from frostbite, they took off my boots, thawed my bare feet against their skin, and wrapped them in a pair of dry socks. I had to put my frozen boots back on, but I stuck each foot in a plastic bag first, to keep my toes dry.

Although it was brutal, I fell in love with the Arctic on that first trip. Now I ski out to take measurements and collect samples for scientists who don’t have the skills to trek to the North Pole themselves. Last year, I put trackers in the ice to see where it’s going and how quickly it’s moving. This is important to me because over the years, I’ve seen the Arctic disappear with my own eyes. I feel like I’m helping this amazing place that affects the whole planet.

Nothing as scary as that fall through the ice has happened to me since, unless you count the solo expedition during which a polar bear stalked me for three days.

As told to Anna Brooks