It's been a wild year for the Pacific. 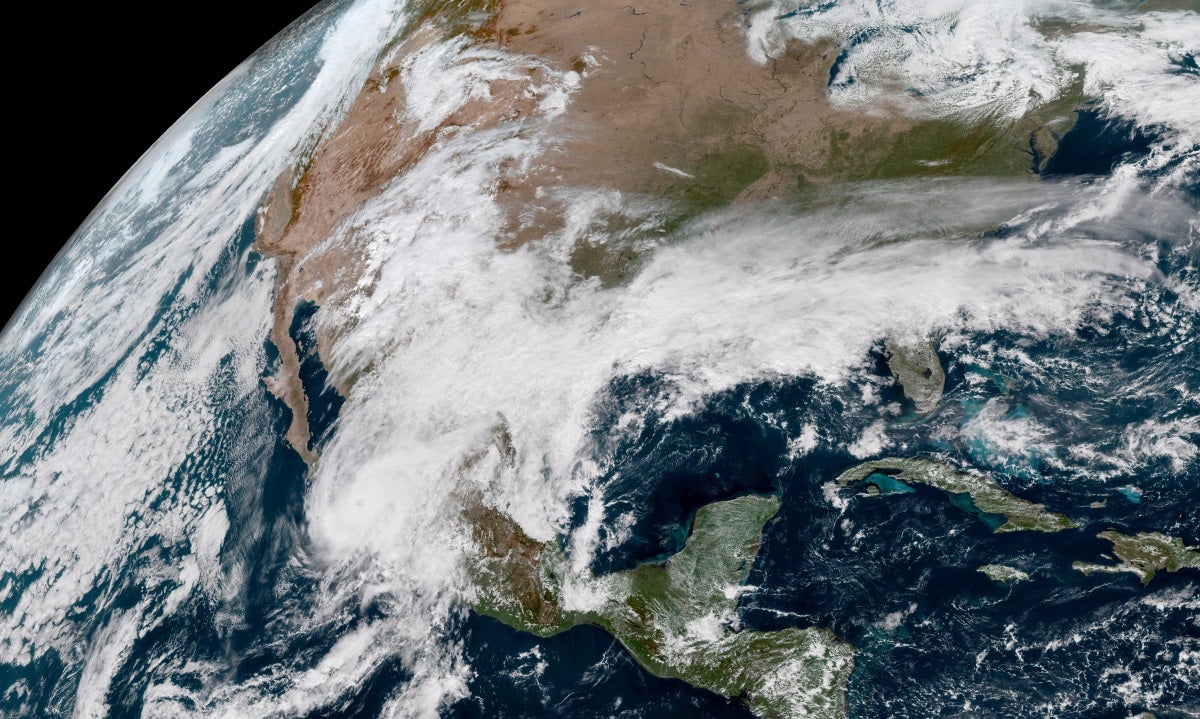 The most intense Pacific hurricane season on record just won’t let up. Hurricane Willa explosively intensified from a tropical depression to a category five hurricane in just two days, with winds reaching 160 MPH as it paralleled the western coast of Mexico on Monday. The storm managed this terrifying feat by traversing over warm waters and into an environment that featured deep tropical moisture and low wind shear. Luckily, storms have a hard time maintaining that level of strength for long, and the hurricane began to weaken as it approached landfall north of Puerto Vallarta, Mexico on Tuesday.

Willa will hit a relatively unpopulated stretch of the coast, but communities there—especially ones that are small and isolated—are in real danger.

A Hurricane Hunter aircraft flying through Hurricane Willa found maximum winds of 120 MPH as it approached landfall, which makes the storm a category three on the Saffir-Simpson Hurricane Wind Scale. While the storm is expected to weaken just below major hurricane strength before hitting land this evening, winds in excess of 100 MPH could lead to significant damage in small communities along the Mexican coast and countryside. Storm surge flooding is an exceptional risk to the right of the point of landfall, where intense winds will push enough seawater inland to submerge structures right along the coast.

As with any landfalling hurricane, especially in mountainous regions, flash flooding and mudslides from heavy rain are a risk to communities in the path of the storm. The National Hurricane Center noted in its latest forecast that a foot or more of rain is possible. This will lead to life-threatening flash flooding across central Mexico as the hurricane pushes inland. While high winds are a threat to people in the path of the core of the storm, most hurricane-related fatalities are caused by drowning due to freshwater flooding.

The rain won’t stop there. Visible satellite imagery shows a long plume of moisture stretching all the way east across Mexico and the southern United States. This upper-level moisture foretells the future track of the remnants of the hurricane, which are likely to bring heavy rains to Texas and the Gulf Coast later this week. Several inches of rain are possible as Willa’s remnants cross the southern United States, which could compound the precarious flooding situation along Lake Travis near Austin, Texas, further threatening to disrupt the municipal drinking water supply for the 11th-largest city in the United States.

This has been the most intense hurricane season ever recorded in the northeastern Pacific (which covers the ocean north of the Equator and east of 180°W) with Hurricane Willa as the record-breaking 10th storm to reach category four or five there so far. This season’s Accumulated Cyclone Energy (ACE) was 311.2 through the afternoon of October 23, which is two-and-a-half times higher than the season-to-date normal. ACE measures energy released by tropical cyclones by accounting for a storm’s maximum sustained winds over the duration of its life, giving us a better idea of the intensity of a hurricane season beyond simply counting how many storms formed.