For friends and family who like sci, minus fi. 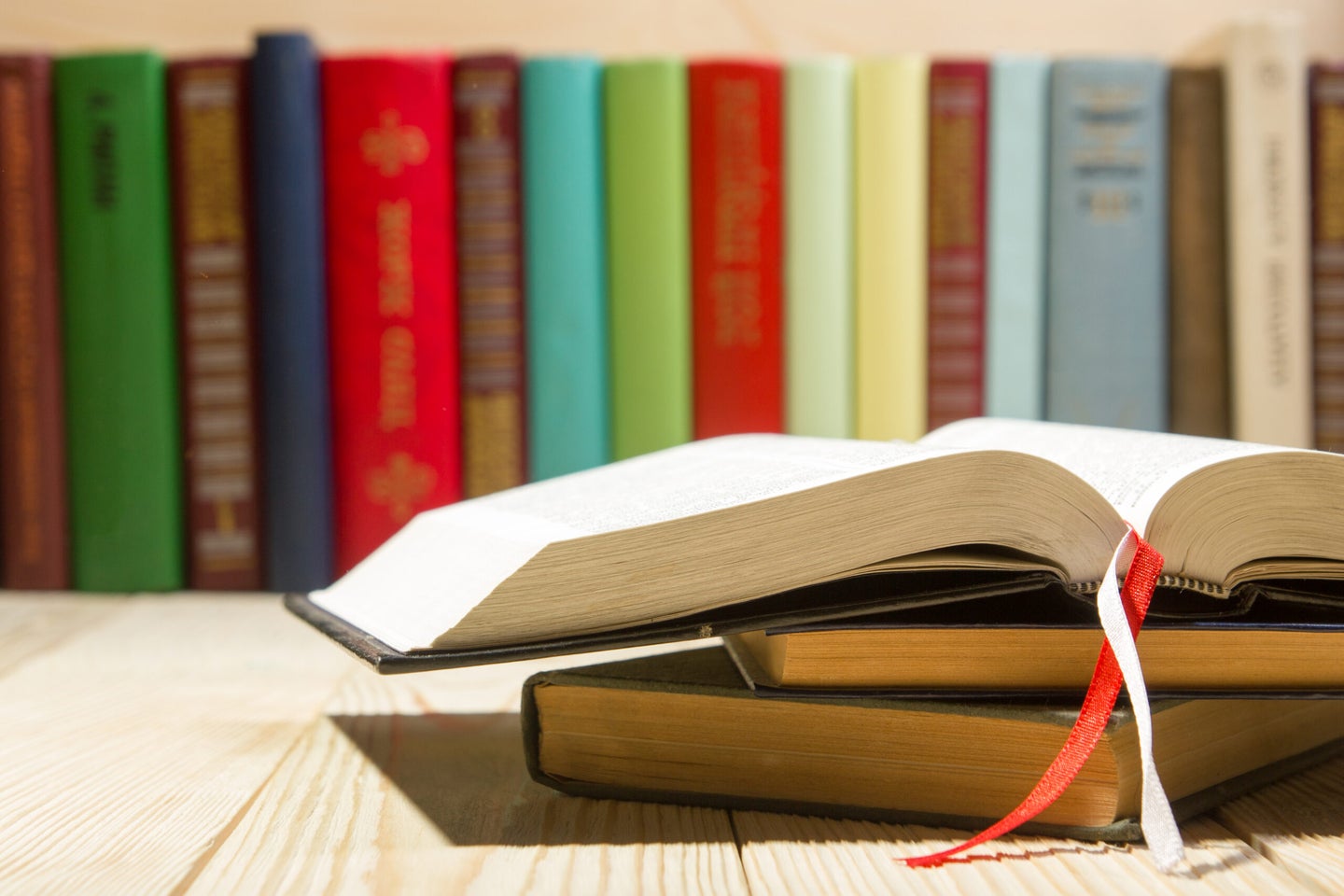 Some excellent science books for the scientist in your life. Deposit Photos
SHARE

Even the biggest know-it-all on your gift list can’t know everything. Give the brainiac in your life something fun to chew on with these engaging (and sometimes enraging) books about scientific topics. And if they’re more of a science fiction lover? We’ve got a list for those folks as well.

Does chicken even taste like chicken anymore? Maryn McKenna dives deep into the world of antibiotics and modern farming that have made today’s poultry. Big Chicken lays bare the issues of our food system while maintaining a glimmer of hope. Read an excerpt here.

The factories offered a shining chance at a new life for the young women who worked there, delicately painting watch faces with glowing radium-inbued paint. A glow suffused their clothes, their skin, and eventually lead to their deaths in a little-known chapter of American history explored by Kate Moore in The Radium Girls. Read an excerpt here.

We may not have a crystal ball ready to tell you what the future holds, but we do have Soonish by Kelly and Zach Weinersmith. Kelly is a scientist who hosts Science…Sort of and Zach is the cartoonist behind Saturday Morning Breakfast Cereal. Together, they explore the near future, and the tech that will take us from here to there. Read an excerpt here.

Talking about death doesn’t have to be depressing. In And Then You’re Dead, explore what it might be like to die in a black hole or a volcano. It brings some joy to an otherwise dark topic.

Puff pastry can teach us a lot about math in Eugenia Cheng’s Beyond Infinity, which peers into the infinite with helpful diagrams, formulas, and accessible easy-to-follow language.

Copyright © 2017 Adams Media, a division of Simon and Schuster

How does Cloud city stay afloat, and what’s going on with lightsabers anyway? If you’ve ever wondered how physics works in Star Wars, you’ll understand the appeal of this book. Patrick Johnson explains The Physics of Star Wars: The Science Behind a Galaxy Far, Far Away, looking into what happens in that distant galaxy, and how it differs from our own.

FedEx is getting ready for a big one, but in a lot of places around the country, the threat of earthquakes takes a back seat to other, more pressing worries. Kathryn Miles outlines the massive scope of the risk we all face in QUAKELAND: On the Road to America’s Next Devastating Earthquake.

Ever look up at the night sky and wonder what particular twinkling bit of the heavens you’re looking at? In 100 Things To See In The Night Sky, Dean Regas will help you identify planets, stars, and whatever else happens to be passing overhead. This guide also gives you a bit of background for each item, and tells you upfront how difficult or easy it might be to spot.

The gene editing technology CRISPR has revolutionized the field in the few years since its discovery. In A Crack in Creation, written by Jennifer Doudna (who helped create the technology) and fellow researcher Samuel Sternberg, read about how the technique was discovered and the complex questions we now face in putting it to use.

Mortician Caitlin Doughty looks at our approach to death across cultures and technologies, from ‘skeleton farms’ to crematoriums to mummification rituals. The author has a detached fascination with death, and after reading From Here to Eternity your friend might, too.

In Get Well Soon Jennifer Wright studies some of the worst plagues in history, and the brave people who fought back against pestilence everywhere.

In a world crawling with biological offenses to the body, it’s good to have a worthy defense. Immune by Catherine Carver takes you on a tour of your own immune system, including its great triumphs and weaknesses.

Packed with stories of capturing lizards in the field, Improbable Destinies explores how we think evolutionary changes happen in populations, from mice to microbes to sticklebacks. Get this for the backyard biologist in your life.

Psychology courses can be fun, but not as fun as Psychology: The Comic Book Introduction by Grady Klein and Danny Oppenheimer. Even if you avoided Psych 101, this offers an easy and joyful introduction to what’s going on inside of our heads.

It might seem like there’s a rocket launch every day now, but in the not-so-distant future the tempo of blastoffs could increase even more. In Spaceport Earth, Joe Pappalardo takes us to future launchpads around the world, showing us how spaceports are being built to launch us into the stars.

There is perhaps no more soothing sight than the illuminated jellyfish tanks in an aquarium. In Spineless Juli Berwald brings us inside, unraveling a memoir about the scientific exploration of these strange, wonderful creatures.

Sure, it might feel like the world is ending, but let’s put that in perspective. In Ends of the World, Peter Brannen takes a look at apocalypses that have already happened, examining Earth’s past mass extinctions caused by everything from volcanic eruptions to climate change.

In The Water Will Come, Jeff Goodell discusses how rising sea levels will force cities and towns to decide whether to sink or swim.

You probably haven’t heard of Elizabeth Smith Friedman. But if you know someone who loves history, code breaking, and intelligence, you should introduce them to Friedman through Jason Fagone’s The Woman Who Smashed Codes. The book chronicles the life of a person who started analyzing Shakespeare and rose to crack codes and train code breakers throughout the nascent government intelligence agencies from WWI onward.

In A Brief History of Everyone Who Ever Lived, geneticist Adam Rutherford untangles our DNA to reveal a complicated picture of human history from its earliest origins to present day. Get it for the person who loves caring for the family tree.

Beavers are a cultural staple of the North American and European frontier, but their influence goes much deeper than children’s cartoons and furry fashion. In Eager: The Surprising, Secret Lives of Beavers and Why They Matter, environmental journalist Ben Goldfarb delves into the many ways the buck-toothed river slappers help engineer habitats and niches for other wildlife. The number of dam puns also doesn’t disappoint.

Though you may know Bill Bryson for his wry, trail-side humor, his latest topic of choice shouldn’t surprise you. The dexterous science writer breaks down each essential system in the human vessel with an educational, fascinating, and easy-to-digest tour of microscopic complexities. The Body: A Guide for Occupants is an AP anatomy teacher’s dream and WebMD’s foil.

In case a road map of the entire human body is too general, neuroscientist Tara Swart’s follows the threads between proven cerebral processes and the emotional and intellectual outputs that people express on a daily basis. The Source: The Secret of the Universe, The Science of the Brain is half explanatory science, half therapy session. It’s packed with life-improvement tips that are backed by research and decades of disciplinary experience.