Can birds smell? This ornithologist is debunking a long-standing myth.

It comes down to a tradeoff between senses. Or does it? Danielle J. Whittaker seeks out the truth in her new book. 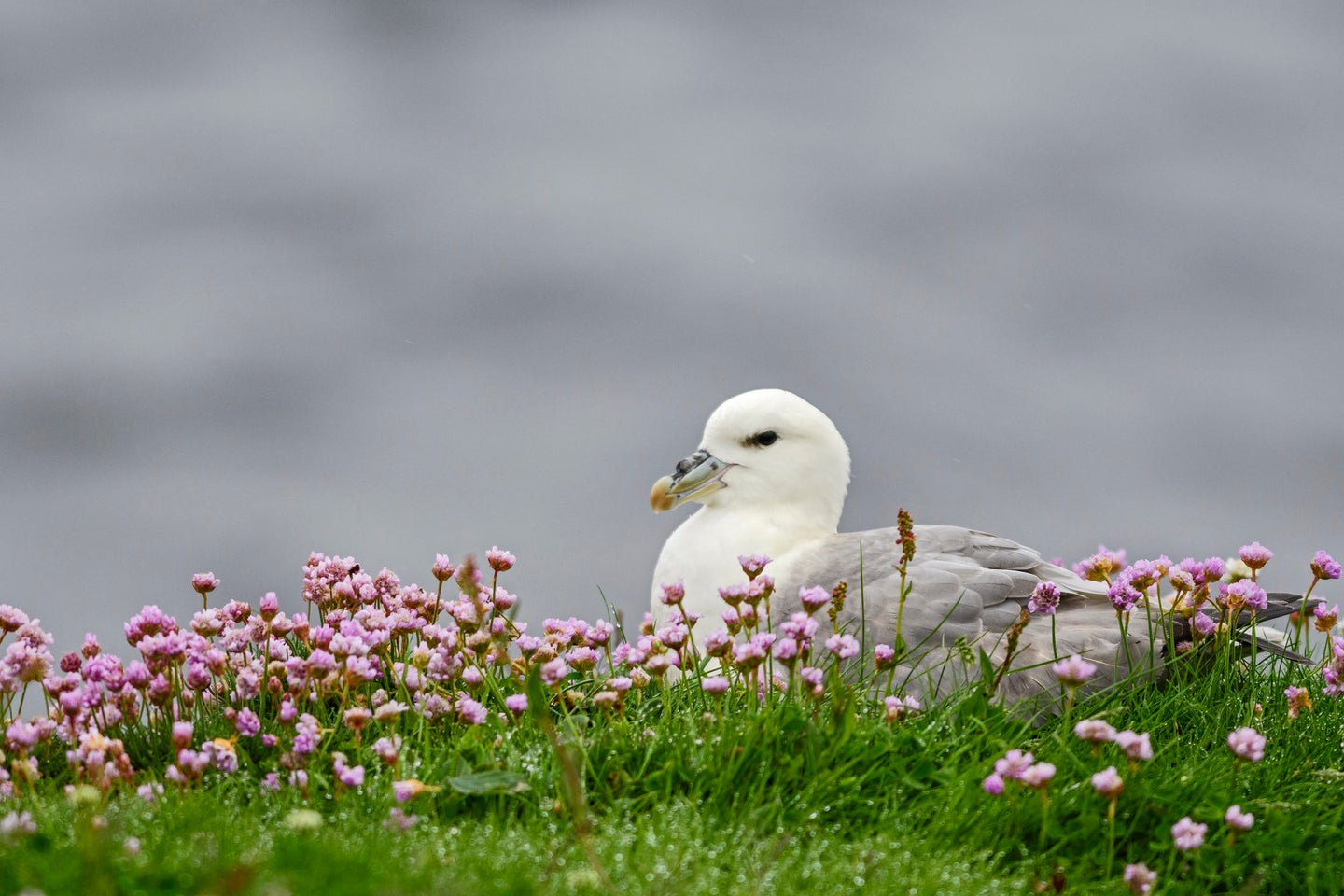 Tubenose birds like Northern fulmars are proven to have a strong sense of smell. Deposit Photos
SHARE

The following is an excerpt from The Secret Perfume of Birds: Uncovering the Science of Avian Scent by Danielle J. Whittaker. Copyright 2022. Published with permission by Johns Hopkins University Press.

“Birds don’t have a sense of smell, so I don’t understand why you’d study that anyway.”

This extraordinary statement, expressed offhandedly by neurobiologist Dr. Jim Goodson while we waited in a cafeteria line at lunchtime, caught me off guard. Every form of life, even plants and bacteria, has the ability to sense chemical compounds in their environments. Chemical senses, which include smell and taste, are critical for avoiding harmful substances, like poisons, and finding beneficial ones, like food. Yet here was a well-respected biologist telling me that an entire class of animals, encompassing nearly twenty thousand species, lacked what is often called “the most ancient and fundamental sense.” That couldn’t be right, could it?

I was a postdoctoral researcher in the Biology department at Indiana University, and that afternoon, I was casually chatting with Goodson about the difficulties I was having in the lab. I was studying dark-eyed juncos, gray and white sparrows that are common throughout North America. I was interested in why they choose a specific individual to mate with, and why sometimes they are loyal to their mates but other times they cheat. I was specifically attempting to explore the role of a family of immune-related genes called the major histocompatibility complex, or MHC for short. MHC genes had been the subject of much debate in the previous decade or so. Although the primary role of the products of these genes is to detect potentially harmful invaders, such as bacteria and parasites, researchers thought that MHC might be the basis for sexual attraction in many animals, and maybe even in humans. Excited by the possibility of resolving the mysteries of mate choice, I dove headfirst into the project. In 2008, MHC genes had not been studied much in birds, but in general, animals were thought to detect MHC by smell. The dubious Dr. Goodson was intimating that since birds couldn’t detect scent, MHC was probably inconsequential in their mate choice decisions, and therefore wasn’t worth studying.

Although I had a decent education in evolutionary biology, my PhD research was in primatology, and I was still new to ornithology. I was constantly surprised by all the ways that birds were different from mammals. For example, most female mammals have two functioning ovaries, one on the left side and one on the right side of the body. But in birds, only the left ovary develops, which reduces overall body weight. Compared to mammals, birds have more efficient circulatory and respiratory systems, helping them to direct more of their energy to flying. In fact, most of the differences I knew about were adaptations to flight. These changes made intuitive sense to me, and they were clear examples of how evolution works: a trait that increases an animal’s ability to survive and reproduce becomes more common because those survivors pass it on to more descendants. Similarly, traits that decrease an animal’s success are less likely to be passed on because animals with those traits don’t survive as long or have as many offspring. Yet losing an entire sense didn’t seem to me like it would improve anyone’s survival! Surely, not being able to smell would be a big disadvantage, since smell is important for sensing the environment around you.

Because my ornithology textbooks were quiet on the topic of bird olfaction, I started scouring the literature looking for evidence to support Goodson’s seemingly counterintuitive claim. Soon, I found that beliefs about anosmic birds—that is, birds without a sense of smell (from the Greek osmē, “odor”)—had been around for decades, although they were rarely mentioned in scientific literature. Neurobiologists like Goodson noted that the olfactory bulb—the part of the brain that receives information from receptors in the nose—is unusually small in birds. However, not all birds display this trait: for example, it is widely accepted that turkey vultures are attracted to the scent of carrion. Also, the “tube-nosed” seabirds, so called because of the shape of their nostrils, have relatively large olfactory bulbs and can find food at sea using scent. Kiwi birds in New Zealand are nocturnal but have poor eyesight, so they use scent to detect insects and worms in the dark. While these anomalies were acknowledged in the books, they were presented as exceptions to the rule that birds had little to no sense of smell.

The conventional wisdom stated that birds gave up the ability to smell in exchange for superior eyesight. Indeed, most birds have exceptional eyesight, better than any mammal. Raptors have excellent visual acuity and can see over very long distances—eagles can detect the movements of small prey animals from a great height, and owls have evolved especially large eyes so they can see even in very dark conditions.

In addition to aiding in hunting, eyesight is important in mate choice. Some of the flashiest animals in the world are male birds— think of peacocks and birds of paradise. These birds sport ornate tails and crests showing off brightly colored feathers, primarily for the purpose of attracting females. While extravagant plumage is a commonly recognized feature of birds, less well-known is that birds can actually see more colors than mammals. Most birds have tetrachromatic vision, meaning that they can see four colors, using four different types of cone receptors in their retinas. Humans and most other primates are only trichromatic, with red, green, and blue receptors. Birds’ fourth type of cone receptor allows them to see colors in the ultraviolet wavelengths, which means that some feather colors that look dull to us are actually much more intriguing and attractive to a bird. Ultraviolet sensitivity also allows birds to see more clearly and navigate better in dense foliage, as individual leaves stand out more because they reflect ultraviolet light. These improved visual abilities have obvious advantages: predators with good eyesight will be more successful in obtaining food, and males with more flamboyant plumage will mate with more females and sire more offspring.

But why would evolving improved eyesight come at the cost of smell? What disadvantage would necessitate such a trade-off rather than simply enhancing one sense? The concept made no sense to me, and I couldn’t find any scientific explanations, only assertions. This widespread acceptance of an unsupported “fact” rankled me. Suddenly, I knew I had a new adventure to pursue, one that changed the course of my research and my life.

Buy The Secret Perfume of Birds: Uncovering the Science of Avian Scent here.